We’re just about halfway through the month of August, which means I’m halfway to my next birthday.  August has always been my midway mark.  After August 6th, I would no longer tell everyone that I was “seven years old.”  Now, I could honestly say I was “seven-and-a-half years old.”  It sounded much more grown up and, of course, growing up was what every kid wanted to do in those days.  Do kids today still look forward to growing up?  I’m not so sure anymore.

In any case, people are less likely to ask my age these days and I keep that extra “half” to myself. 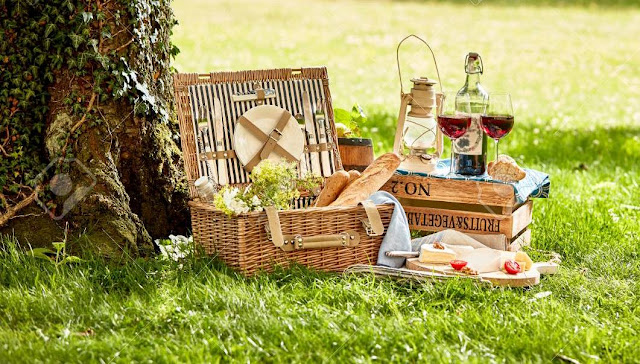 Anyway, summer is almost over.  Soon mom and dad will be back to work and kids will be back to school writing compositions on “What I Did on Summer Vacation.”  Now that my husband is retired, we are pretty much always on vacation.  It’s quite wonderful.  Still, there were some summer highlights I’d love to share, in no particular order of importance.  I’ll leave that to you to decide.

On a beautiful, sunny day in July, I had lunch with my friends Anna and Rachel at the City Tavern in the Independence Historical Park area of Philadelphia.

The City Tavern opened for business in 1773.  During that hot, steamy summer, delegates to the First Continental Congress, such as Benjamin Franklin, George Washington, Thomas Jefferson and John Adams, among others, would meet there before and after each session, which took place at nearby Carpenters’ Hall.  Creating a new country was definitely thirsty work.

In 1834, the building caught fire and had to be demolished.  In 1975, an exact replica, based on original plans, surveys and images, was built on the site and opened in time for the country’s 1976 Bicentennial Celebration.

Authentic 18th Century American food is served on blue and white ceramic creamware, drinks in pewter goblets, by waiters and waitresses in traditional colonial garb.  You would expect the food to be a bit on the heavy side, but Chef Walter Staib prepares it with an unexpectedly light touch.  It is surprisingly very good.

The moment you climb the stairs to the front porch, you truly feel as if you’ve stepped back in time.  It’s a wonderful place for a private event or to take the family for lunch or dinner and give your children or grandchildren a little taste of history.

After lunch, we went to the American Revolutionary War Museum around the corner from the City Tavern. 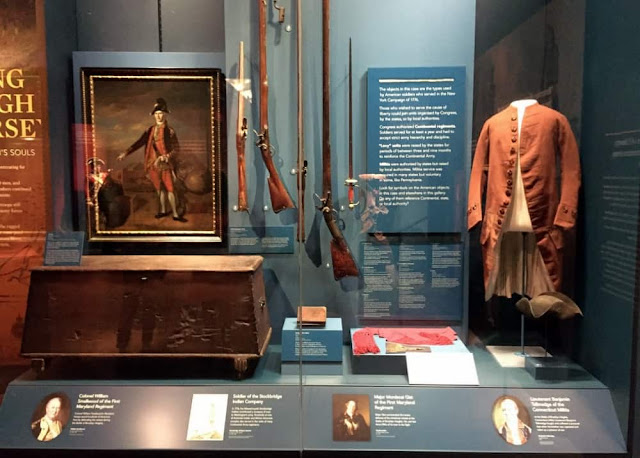 The Museum opened in 2017 and has been getting high marks from visitors and historians alike ever since.  It is beautifully presented and laid out.  After several hours, we realized we had barely scratched the surface and needed to come back another day to truly take it all in.  There’s just so much to see, enjoy and learn.  For example, I had always wondered why British sailors were called “tars,” as in Gilbert & Sullivan’s HMS Pinafore when they sing that a “British tar is a soaring soul.”  In the Exhibit that includes part of a British ship there is a length of hemp rope from that period used to hoist anchor.  It is covered with tar to preserve it from the ravages of the sea.  Hence, British sailors were often covered in tar from handling the ropes.  I finally had my answer.  I wonder if my British Grandmum knew that? 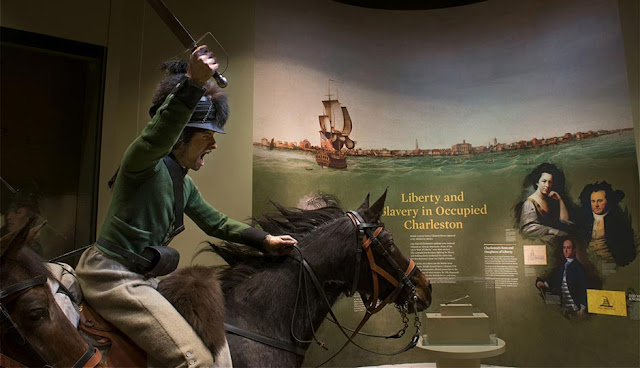 Everyone who works there is helpful, cheerful and brimming with enthusiasm for their subject. The children were clearly fascinated by it all asking question after question, all of which were answered knowledgeably and with great good humor by the guards and lecturers.  Everywhere I turned there was an historical reminder of how my British, French and American roots converged in one great conflict that would change the nature of the world forever. 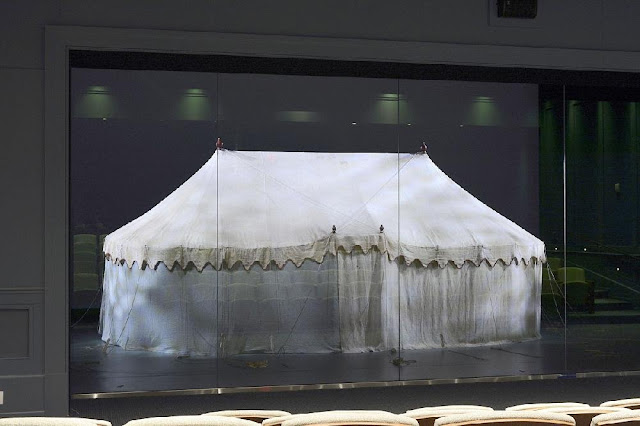 But the museum’s crown jewel is George Washington’s tent, in which he slept, ate and directed the war efforts from the first through the last days of the Revolutionary War travelling with him from battleground to battleground.  The story of how the First Oval Office was preserved by the wife of Robert E. Lee, Martha Washington’s great-granddaughter, then lost, found and restored reads like a detective story.

Needless to say, it is the centerpiece of this fascinating museum and not to be missed.

Here’s a little video showing how the tent was erected by their team of experts.

After our museum visit, we headed back to Anna’s house for some cool refreshment on a hot day.  Anna and her husband live in a fabulous townhouse on a quiet little City street tucked away from the hustle and bustle.  In fact, if you didn’t know it was there, you wouldn’t know it was there. 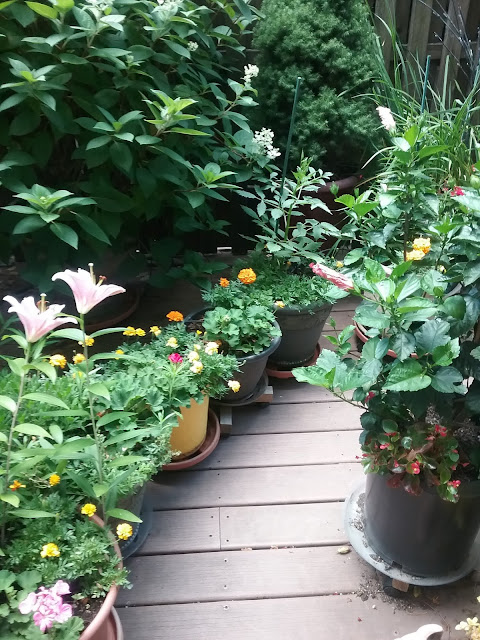 The small, secluded garden in the back is Anna’s husband’s pride and joy. 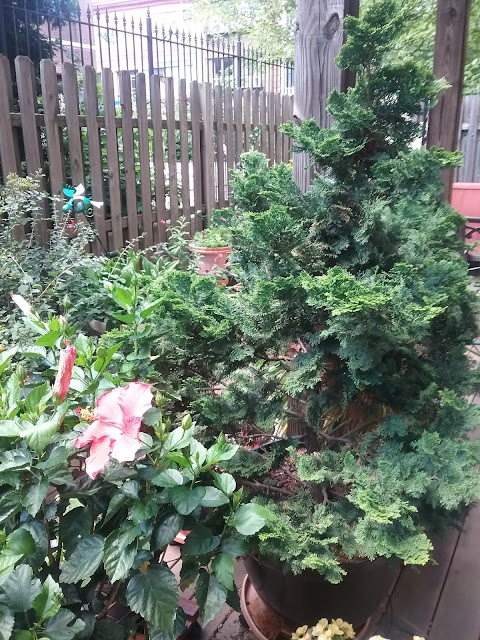 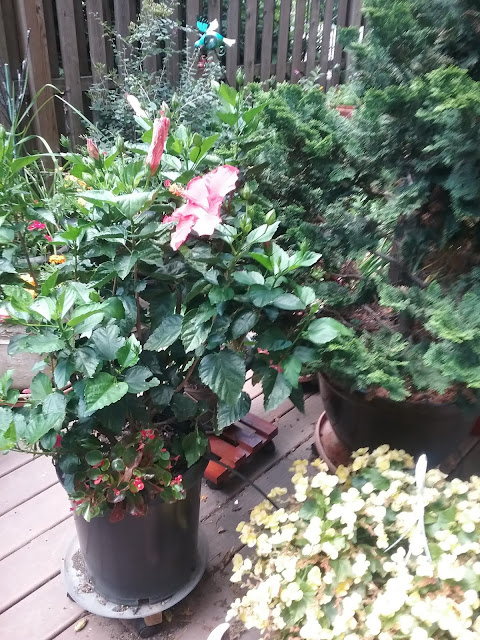 Each time I visit he has something new and beautiful to show me.  It’s their refuge, their Secret Garden in the City.  A sense of peace and calm always envelops me when I'm there. 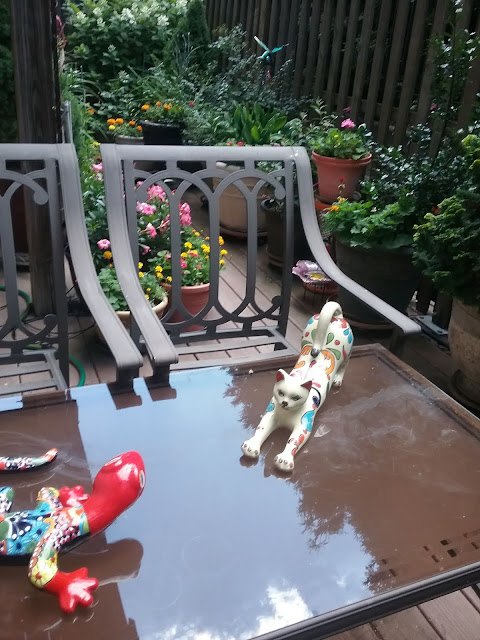 Sipping cocktails out here in the company of two of the garden’s permanent residents is the perfect way to end our perfect summer day in the City.

Next time, more highlights, a “What Was She Thinking?” episode, a favorite find and a little Québec getaway.  Spoiler alert:  There will be some opera.

Posted by Marie-Thérèse at 6:25 PM