The Month of February in Review

February has come and gone taking with it my month-long birthday celebration.

As soon as I got an email about their Spring Collection and SALES!! SALES!! SALES!!, I headed straight to White House Black Market to max out my White House Black Market Gift Certificate from le husband, the CEO in Charge of Spoiling Me Rotten.  That IS his official title.  Has a nice ring to it, don’t you think?  Anyway, I snagged some great pieces -- two day dresses that can be dressed up for the opera, two beautiful black lace tops, some really fun accessories and a lovely skirt. 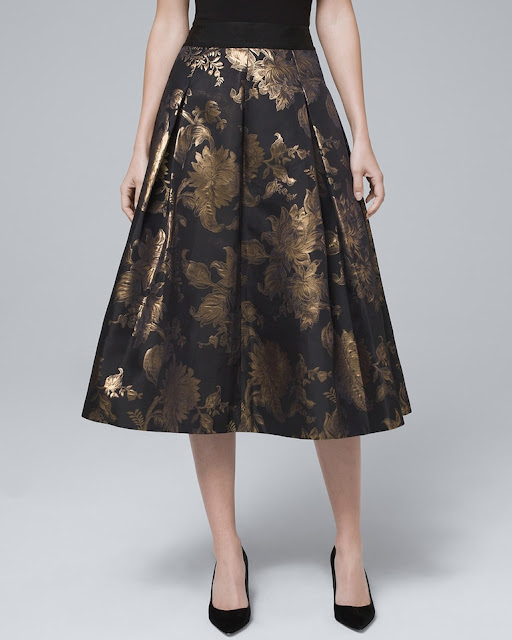 This mid-length black and gold jacquard skirt was my favorite find.  Isn’t it gorgeous?  It just screamed “Take me to the Opera!!”  And of course I will; and I’ll tell you something even more gorgeous – it was marked down so low that I asked the saleslady twice if the price was correct.  It was $41.99!!  The two lace tops are perfect with it.  One is a black cardigan with lace three-quarter sleeves and the other is a black key-hole top in a silky material with lace flutter sleeves that just skim my shoulders.  And both look great with a pair of skinny jeans and boots.

One evening we had dinner at one of my favorite New York restaurants.

Il Gattopardo is in the Rockefeller Townhouses at 13-15 West 54th Street.  It moved there a few years ago.  Their original quarters were a bit cramped, but we loved it.  Their new digs are decidedly more spacious and elegant, but they have managed to keep the intimate feel of their old place, no doubt due to the staff’s attentive service that makes you feel special from the moment you arrive.  And, of course, the food is still first class.  It’s not inexpensive, though, even by New York standards, but it’s worth it.

I recommend the Rockefeller Cocktail.  It’ll get your evening off to a great start.  It’s yummy, packs quite a punch and whatever’s in it, I slept like a baby that night despite an early morning jackhammer crew right under my window (another water main break).  Frankly I didn’t know the late Nelson (Rockefeller) had it in him.  Maybe that’s why his wife’s nickname was Happy.  Hmm.

The next day we thoroughly enjoyed a performance of Mozart’s wonderful opera, Don Giovanni, set in 18th Century Seville, often referred to by the cognoscenti as the “perfect opera.”  Frankly, if it isn’t, it’s awfully close.  It’s certainly one of our favorites.  I know I shouldn’t feel this way about the title character, but I always feel a bit sorry for him and sort of admire him.  Here’s what I mean.  He spends his life seducing women of all shapes, sizes and ages all over the world, all of whose vital statistics are meticulously recorded in a huge book which his servant (Leporello) is obliged to carry around at all times for his Master’s instant edification, should the need arise, and it does about every two minutes.  At one point the Don sniffs the air and says, “I smell a woman nearby.”  He’s that good.  So far, so good.

But, in fact, the opera opens with the Don’s unsuccessful attempt to seduce a noblewoman (Donna Anna) whose father he then kills in a duel, which events eventually lead to his ruin.  There’s no question he is a man of no scruples, no morals and no shame.  But he does have a certain charm.  This is a guy who really loves his work, which merits at least a certain grudging admiration, don’t you think?

And then there’s the fact that through the entire opera, none of his attempts at seduction are ever successful.  Every one of them is thwarted by circumstance or the untimely appearance of an abandoned lover (Donna Elvira), who arrives in the nick of time to save the young village girl (Zerlina) he meets on her wedding day from the amorous attentions of the charming Don.

Here’s just a little taste of that charm in action in a concert version of the duet La ci darem la mano, with the wonderful Bryn Terfel as Don Giovanni and the beautiful Renée Fleming as the innocent village girl, Zerlina, who wants to, but doesn’t want to, but almost does. 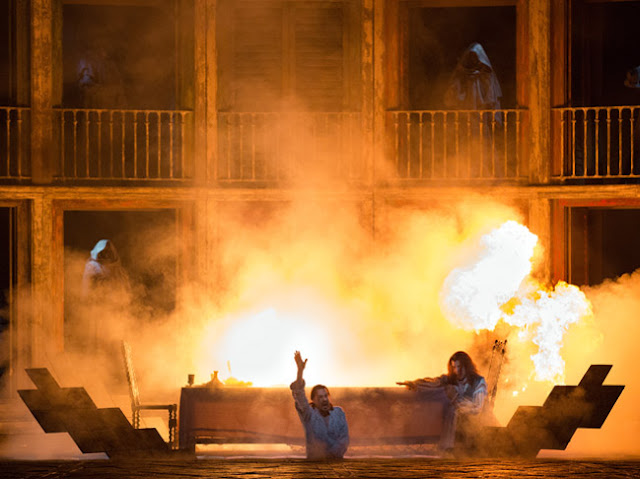 Don Giovanni finally meets his fiery end as the Statue of the man he killed in the opening moments of the opera arrives to drag him down to hell after first giving him several chances to repent.  The Don hurls a defiant “NO” at him each time.  Again, I have to admire his defiance.  With the smell of sulfur stinging his nostrils, he refuses a cheap redemption and repudiation of all that he is by not saying “YES.”  He may be a villain, but he is neither a coward nor a hypocrite.  Honestly, you gotta love the guy. 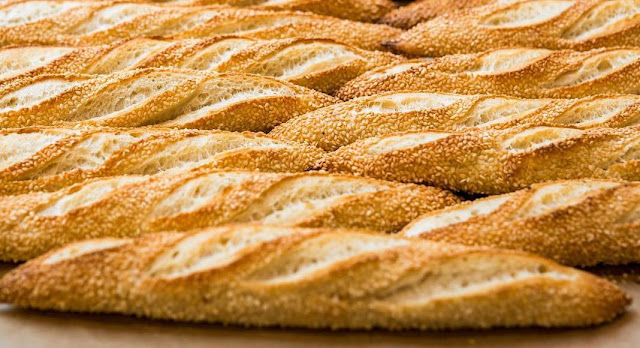 The following week, in another part of Manhattan, the last round of the annual Best Baguette in New York contest was being held and the finalists were pounding their dough and their chests as they gave it their last and best shot for the Title.  Every year, sponsored by French Morning, expats from France living in and around the New York area vote for the best baguette.  Like Proust dipping a madeleine into his tea, the best baguette is the one whose taste floods your mouth with memories of home.

For the third year in a row, the winner was Maison Kayser.  I did not attend the last round of the contest, but if I had, I would have cast my vote for Maison Kayser.  When we are in Manhattan, my husband always picks up a baguette (or two – they do freeze beautifully) on his way back from a run in Central Park.  And BTW, their madeleines are guaranteed to give you a “madeleine moment” à la Proust.  As each bite melts in your mouth, you, too, will feel those happy childhood memories flooding over you, and you don’t even have to be French.  I think there’s a secret ingredient in those magic madeleines and, hopefully, I will never find out what it is.