When is the last time you met someone you would describe as charming?  Successful politicians are said to possess this quality, which they can turn on and off at will.  But, if you can turn it on and off, does that really mean you are charming or does it just mean that you are good at charming people when it suits you?

As soon as I showed signs of puberty, my Mother enrolled me in the local Charm School, where we learned how to move gracefully (I had that one covered from ballet class), how to sit like a lady (legs together, slightly to the side, ankles crossed), how to get in and out of a car without showing too much of what God gave us (we all wore skirts and dresses back then), how to take proper care of our skin (always cleanse with a gentle hand) and how to curtsy to royalty should we be invited to tea with the Queen (I already had that one nailed, too, from ballet class.).

I find the various dictionary definitions of “charming” to be inadequate, so I have come up with my own description of the charming woman:


“The charming woman exudes femininity and confidence without being aggressive.  There is an ineffable air of sweetness about her.  She need not be beautiful or even especially pretty, but there is something in her face (a great smile?) and manner (a natural grace?) that draws you to her.   She puts you instantly at ease, and everything she says seems delightful.  She is a woman of depth and substance, but there is a lightness and easy elegance about everything she does.  Long after youth and beauty have faded, charm remains.”

Can a woman claw her way to the top of her profession and still be charming?


In fact, in the ruthless, take-no-prisoners world of business and politics, a charm offensive can be a woman’s most powerful secret weapon. 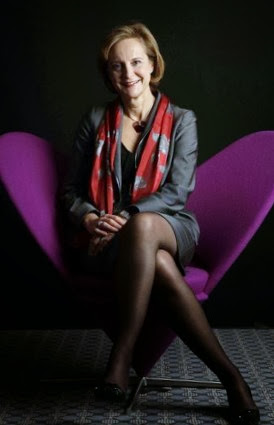 Meet Dominique Reiniche, the President of The Coca Cola Company in Europe.  This 58-year-old mother of three from Lyon has a very simple recipe for success, « Se battre, travailler d’arrache-pied pour y arriver. »  (Fight hard and work hard to achieve your goal.) 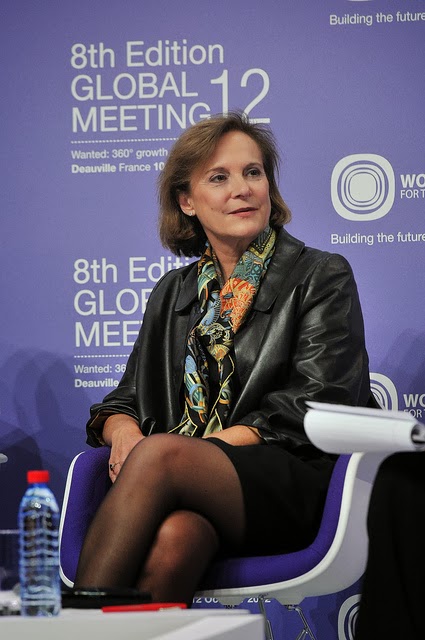 But, above and beyond what it takes for a woman to become the European head of a global enterprise, when the global enterprise in question is The Coca-Cola Company, she really has her work cut out for her. 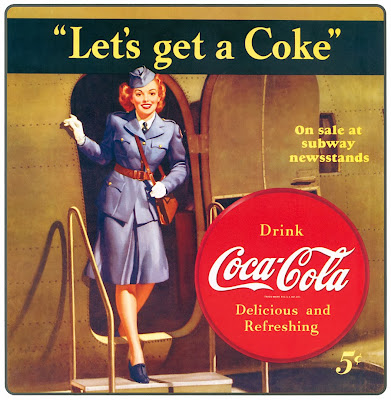 Anti-Americanism has become such a cliché (Excuse me while I stifle a yawn.) that it’s hardly worth mentioning…….except to point out that The Coca-Cola Company represents everything that French intellectuals and the political left (Is that redundant?) hate about America – too big, too sweet, too happy, too everywhere.   If you want to be taken seriously in these circles, you must take every opportunity to rail against this huge American conglomerate whose product is reputed to create sugar addiction and obesity wherever it is sold.


In the interest of full disclosure, I must say that I don’t drink soda of any kind, and I do find Coca-Cola sickeningly sweet, even the sugarless variety.  That said, however, millions of people all over the world, including la belle France, love their “coca.” 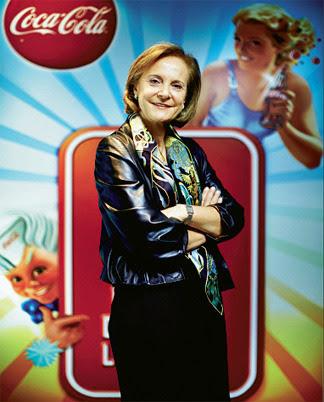 Having a chic, slender Frenchwoman as its European head is a master stroke.  Caps off to Coca-Cola for choosing this charming lady as the European face of the Company.  After watching several interviews with Dominique Reiniche in French and English, I have added Mme Reiniche to my short list of charming, high-profile women.


In the following brief interview in French for Madame Figaro, she talks about Coca-Cola’s program to encourage the entrepreneurial woman.  For those of you who do not speak French, just concentrate on her body language (leaning forward to show openness and interest; a graceful movement of the hand; warm smile, etc.) and her carefully composed attire.  The black leather biker jacket is just fabulous (Who says you can’t wear leather after 50?).  It’s modern and earthy, and the casual drape of the bright scarf softens the look and adds a feminine flair.  Impeccably coiffed (even from the back) and made up, she exudes confidence and approachability.

For a great lesson in how to lead a charm offensive, click HERE.
Posted by Marie-Thérèse at 12:16 PM