In November of 1965, the longest-running (and still running) soap opera, Days of our Lives, aired its first episode.

And the opening lines that announced each show became the stuff of TV history:

“Like sands through the hourglass, so are the days of our lives.”

Those words didn’t mean much to me then; at 13, my hourglass was top heavy with sand. Now that the reverse is true, I have become very protective of the remaining sands running through my hourglass and don’t want to waste even the tiniest grain.

Whenever possible, I want to do what I love with those whom I love and look my best while doing it. Is that too much to ask? I think not. 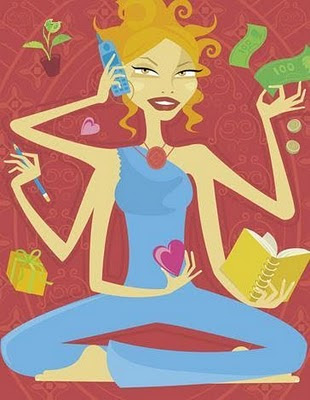 Of course, the hectic pace of modern life continues to work against my good intentions (no surprise there!), but I refuse to surrender.

So, I am always on the hunt for time-saving beauty products that work.

Here are two nifty products I ran across and couldn’t wait to share with you.

How about nail polish and remover in one, handy container?

Duality Nail Pak Nail Lacquer ($15), a mini-mani in a bottle, was invented by a busy mother of six little girls.

Just unscrew the bottom container, and you will find a tiny nail file and pads soaked with remover. In short, busy Ladies, it’s a mobile nail station that’s ready any time you are….the perfect traveling companion!

And, it comes in a great array of colors. Available from Duality Cosmetics.

Here’s a brief tutorial from the creator, herself, Barbara Lampugnale: 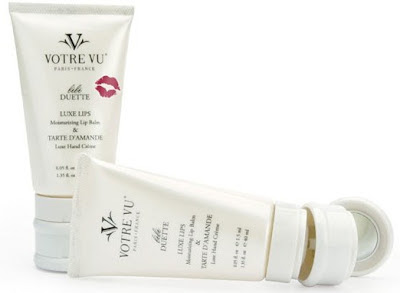 This little item should be in every busy woman’s purse. It’s a lip balm and hand cream in one container, appropriately named……….Bébé Duette ($39.50) from Votre Vu.

The tube contains ultra-rich hand cream in almond, capped with a little pot of raspberry lip balm. And…….. there’s a tiny mirror in the flip top!! Génial!!


What about you?  Do you have some favorite, time-saving beauty products you'd like to share with the rest of us? No time like the present.......remember, Ladies, we're all in this together and the sands in the hourglass are running!
Posted by Marie-Thérèse at 2:58 PM 10 comments:

Baritones and Battling Sopranos – Can We Talk?

What a week it has been .....the usual little ups and downs.... but bookended by the absolute sublime. Grab a hot cuppa, Girls, while I fill you in on the highlights. 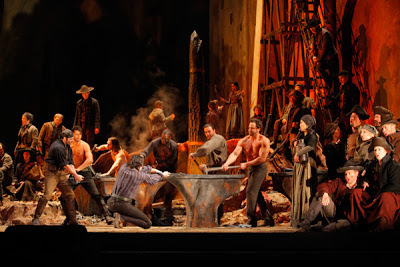 Last Saturday (the 12th) we saw a pulse-pounding performance of Verdi’s opera Il Trovatore at the Metropolitan Opera.

And the excitement didn’t just come from watching a bunch of muscle-bound hunks swinging huge hammers to the rhythm of the Anvil Chorus ... although, strictly entre nous, a bit of eye candy never hurts.

No, the real excitement was generated by a fabulous cast, led by a wonderful conductor, who kept the musical adrenaline flowing from first to last note.


﻿ Il Trovatore is an opera with an improbable, dare I say totally implausible, story line, but, to make up for its literary shortcomings, Verdi set it to some of his most glorious music.

It is, in fact, one long, musical feast for the ears, and Verdi gives everyone (tenor, soprano, mezzo-soprano, baritone and bass) a chance to grab the vocal spotlight and run with it.

And run with it they did, especially the fabulous young Russian baritone, Alexey Markov, in the role of Count di Luna.
﻿ While I do love a good tenor, nobody gets my operatic juices going like a great baritone. Baritones are the bad boys of the opera world, and I confess I have a weakness for bad boys. Some baritones are born bad and are just bad to the bone, like Iago in Verdi’s Otello; but most are driven to bad behavior by unrequited love.

The baritone in this opera is passionately in love with the soprano, who has gone gaga over the tenor, a wild and crazy gypsy troubadour, who serenades her nightly with songs of love. Even a handsome hunk of a baritone, like our young Count, has a hard time competing with that.

Of course, just being handsome doesn’t cut it in the opera world. With apologies to Duke Ellington and his lyricist, Irving Miller, “It don’t mean a thing, if you ain’t got that sing.”

Markov’s voice is dark and velvety, but with the power to cut through an orchestra like a knife and knock you back in your seat. Add to that a commanding stage persona (did I mention he’s really hot?), and you’ve got a bad boy baritone that any good girl would be hard pressed to resist …….. unless, of course, she's a silly soprano with a gypsy fetish.

The opera ends with the soprano swallowing poison, the baritone having the tenor beheaded, and the mezzo-soprano, a crazed gypsy, telling the baritone that he’s just lopped off the head of his long-lost brother.

You see? I told you it was a silly story, but it’s just sooooo much fun.


﻿ The following Saturday (the 19th), we were back in our seats in the Grand Tier of the Met watching a couple of Queens go at it. The Queens in question were Elizabeth I of England and Mary Queen of Scots.

The opera, Maria Stuarda, by Donizzetti, a rarely performed gem, showcased a magnificent ensemble cast; but it was the two ladies at the center of the drama who took top honors dramatically and vocally. Although history clearly tells us that Mary and Elizabeth never met, writers and composers have had a field day imagining what that fateful meeting might have been like had it actually happened.

Donizzetti gives us his version of the most famous meeting that never took place. Unable to bear Elizabeth’s repeated accusations, Mary’s cool submission turns to white-hot fury as she calls Elizabeth the bastard offspring of a whore.

Things quickly go from bad to worse, while the tenor, who once loved Elizabeth and now loves Mary, stands by helplessly. In the end, a furious Elizabeth stalks off stage and Mary is dragged back to prison.

Here you can almost feel the heat of their anger: 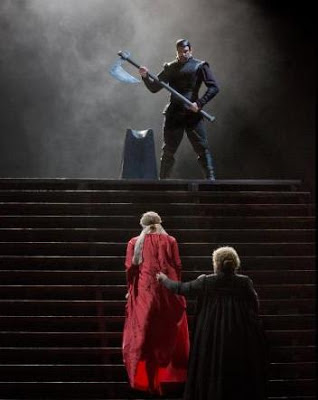 Sadly, we know how it all ended for Mary. Elizabeth signs the death warrant sentencing her cousin, Mary, to be beheaded.

In the final, moving scene, wearing the red robes of a Christian martyr, Mary climbs the stairs, blindfolded and alone, to the waiting executioner.

Elizabeth had won. Or had she???

Elizabeth’s reign ended in 1603 without an heir. The Tudor line had come to an end. The throne of England would pass to James I, the first of the Stuart kings, and Mary’s son. 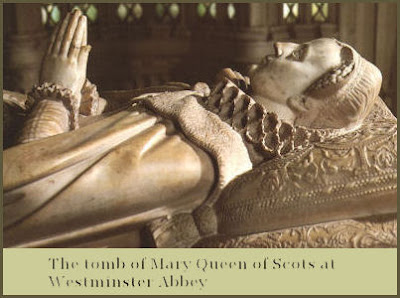 James had a magnificent marble tomb constructed for his Mother’s remains at Westminster Abbey. The remains of the woman who ordered her death, her cousin Elizabeth, lie nearby.

﻿ I like to think that they finally came face to face with each other in a better place and had a nice heart-to-heart over a nice hot cuppa.
Posted by Marie-Thérèse at 4:48 PM 16 comments:

A Warm and Cozy Winter Wedding

Did you know that January is the least popular month of the year for weddings?
It’s a pity, really.
Because, I can’t think of anything more beautiful and romantic than to start off a new year by celebrating your new life together with a warm and cozy winter wedding, can you?

﻿ Yes, there are the obvious concerns about the weather, but I have yet to attend a wedding in June (the most popular month for weddings) in which the bride did not drive herself, and everyone else, crazy worrying about whether or not it would rain on her wedding day.

And how many pairs of shoes have I ruined trudging through wet grass, because the bride insisted on having her wedding in the garden, as planned, even though it had rained the night before?

And how many times have I sat fricaseeing on a folding chair in the stifling heat of August (the second most popular month), while the bride and groom stood in the shade of a leafy canopy gazing lovingly into each other’s eyes?

There’s definitely something magical about a winter white wedding in January.

The Holiday festivities are behind us, but we can still feel their glow. We’re not quite ready, just yet, to let go of that celebratory feeling.

Helping the bride to choose her perfect dress for her perfect day is a specialty best left to the experts, and every time I catch an episode of “Say Yes to the Dress,” the hugely successful series filmed at one of the country’s biggest and best Bridal Salons, Kleinfeld, in Manhattan, I am reminded that I made the right decision.

Every day they deal with brides who don’t know what they want, are too specific about what they want, or are just impossible to please. Yet, somehow, very few brides leave without buying a dress, which is a tribute to the tenacity, perspicacity, experience and expertise of the Kleinfeld bridal consultants. Bravi tutti!

Because of the business I am in, when I do go to weddings, I am always asked for my opinion on the bride’s dress, and I always say the same thing -- “She looks absolutely lovely” -- because it’s almost always true, and because you never know who is listening. 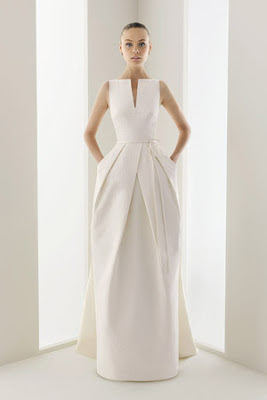 If I were one day to throw caution to the winds and decide to dress a bride for a winter wedding, I would put her in something simple, sleek and chic – something timeless.

And for that, I would go straight to my favorite wedding dress designer, Rosa Clara.

This Spanish designer uses only the finest fabrics to create her unique silhouettes, at once modern and traditional. Expert tailoring allows her gowns to drape perfectly, while maintaining a highly structural, almost architectural, shape.

You will find everything from traditional ball gowns, with a Rosa Clara twist, to bias-cut and Grecian-inspired gowns that flow like liquid with every movement.

So, what would I choose for my bride? Drum roll, please.

Ladies, may I present to you my elegant winter bride:

The Elegant Winter Bride by frenchtouchimage featuring a blue ring

Pink and Ivory Bouquet in a Mixture of Gorgeous Flowers
$84 - sarahsflowers.co.uk 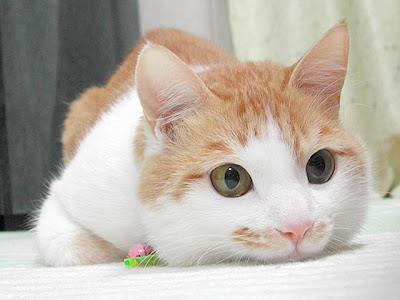 Is that what I think it is? Yep, it’s another New Year heading my way. 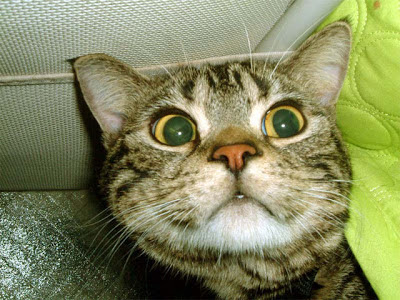 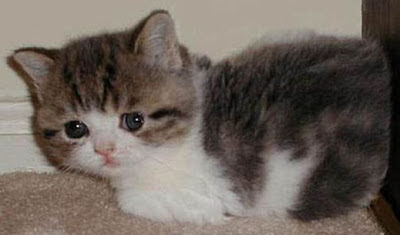 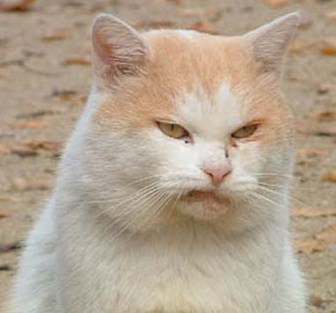 Just ignore it, Kid, and maybe it’ll go away. 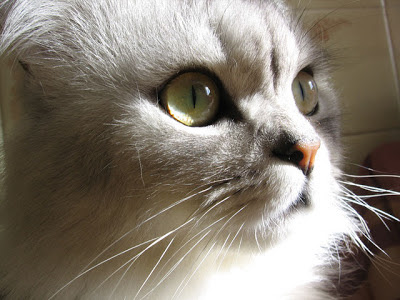 I’ll just face it head on with my best face forward. I think this is my best side, don’t you? 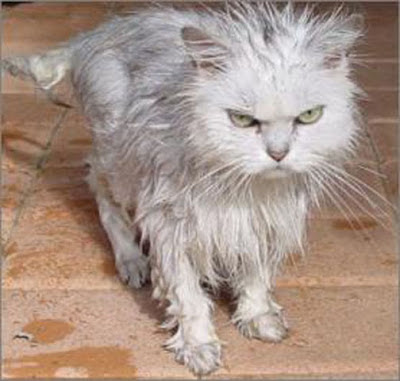 I think the damn shampoo girl used too much conditioner on me again.
Another New Year…….. another bad hair day. 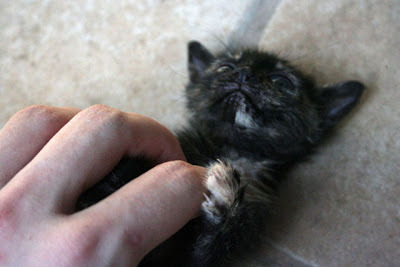 Apparently, the New Year’s Day tummy scratch is de rigueur.
Guess I’ll have to play along. Do I look like I’m enjoying this? 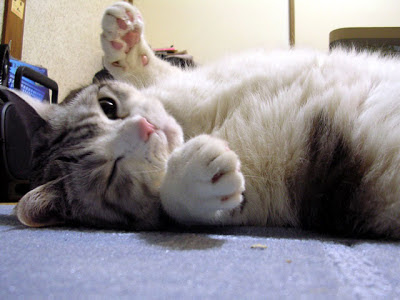 Come over here, Big Boy, and give Mamma a Big New Year’s Eve hug.
As they say in my hometown, New Orleans, laissez les bons temps rouler.
Posted by Marie-Thérèse at 7:50 PM 9 comments: