Have a Lovely Hot Soak

When I was a little girl and would come home from school with the weight of the world on my shoulders, as only an eight-year-old can, my British grandmother would say, “Have a lovely hot soak and I’ll make you a nice cup of tea.” She was a firm believer in the restorative powers of both. Marie Anastasia, my maternal grandmother, had been born into wealth, but by the age of 16 her profligate father had managed to run through the family fortune with amazing speed leaving them virtually penniless. Estates, servants, carriages and other vestiges of her opulent childhood would become a distant memory for Marie, except for the white marble bathtub in her private bath. Some day, she vowed, she would once again have a lovely hot soak in a beautiful bathtub all her own.

Bathing was once considered a luxury reserved for the upper classes. Ornate bathtubs, sometimes made of precious metals, became symbols of their owners’ wealth and power and were designed accordingly. 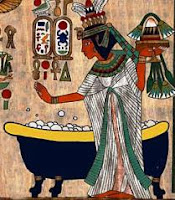 Cleopatra was reported to be one of history’s earliest super soakers in everything from mud to milk. It would appear that whenever a crisis loomed she took to her bath, a thoroughly sensible reaction in my opinion. After all, look at what the poor woman had to deal with – invading armies, an ignominious occupation, treachery and betrayal in her own household, two Roman warriors ready to hack either other to pieces for her affections, not to mention fratricide, genocide and, in the end, suicide.

I think I’d retire to my baths after a day like that, too. 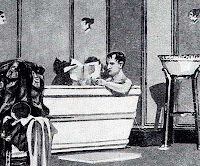 Napoleon bathed every day believing there was nothing like a good soak before fine-tuning your plans for world domination. He even took a folding bathtub with him on campaigns. Legend has it that on the morning of the battle of Waterloo the Emperor’s bathtub went missing (an act of sabotage perhaps?) denying him his morning soak and getting his day off to a very bad start. Of course, we all know how it ended. I can’t help thinking how differently history might have written of that day, but for a missing bathtub.

Of course, there are those rare occasions when skipping a bath altogether might in fact be a very good idea, as Jean-Paul Marat discovered when he received a certain young Charlotte Corday on July 13, 1793, while in his bathtub.

Having hidden a large butcher knife in her fichu, she plunged it into his chest thereby ending the life of one of the monsters of the French Revolution.

Four days later, the 25-year-old Corday went to the guillotine for her crime. 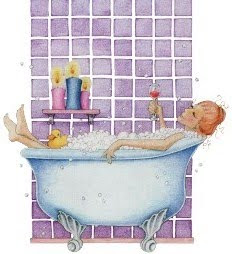 Marat’s unpleasant experience aside, I firmly believe, as did my grandmother, that a lovely hot soak can get you through almost anything in life. The ritual preparations themselves are soothing -- pouring the lavender mousse bath foam into the water and getting that first whiff of scent as the bubbles burst open; lighting the vanilla scented candles; choosing the perfect piece of music to accompany the whole experience (for me, anything by Richard Strauss sung by Renée Fleming); and pouring my favorite champagne into a crystal flute. Well, after all, I’m not eight years old anymore and grandmother’s hot cup of tea doesn’t quite do the trick these days.

And then comes that wonderful moment when at last you sink down into the warm, sweet-smelling water and close your eyes. You feel safe and loved. Nothing can harm you in here. This is the way it must have been for you in the womb, except without the bubbles and champagne (what a pity!).


Somewhere along the line we stopped taking baths and started taking showers. Not only are they quicker, they are also a more efficient use of our water and our time, both of which we are constantly being told are in short supply. So we are in and out of the bathroom before you can say “ablution.” We may be washing more frequently than our upper-crust forebears, but we are certainly enjoying it less. Thus, you might logically conclude that bathrooms would become smaller and more utilitarian, probably eliminating the tub altogether, and for a while things were heading in that direction. 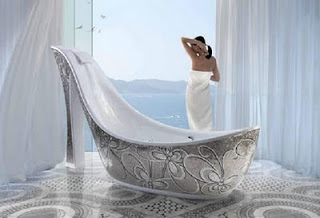 Now, however, we seem to have gone the other way. Once again the bathroom has become a symbol of its owners’ wealth and power. We are obsessed with them. And the focal point of these huge bathrooms is the bathtub. Sunken or elevated, no longer does it just lie there taking up space and waiting to be filled. It is a monument to our lifestyles, fetishes and aspirations.

This to-die-for bathtub, the Audrey, comes from the creative genius of Italian designer Massimiliano Della Monaca and speaks to two of my favorite fetishes: bubble baths and shoes. Fabulous! Wouldn’t you just love to have a lovely hot soak in that? 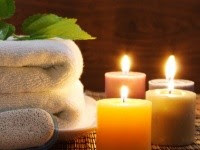 At the end of the day, however, whether you do it in a tub that is grandiose, fanciful or ever so humble, a lovely hot soak helps you smooth out the bumps in the road and escape into a world of your own design for a few glorious minutes every day.

And now, if you’ll excuse me while I hang my prière de ne pas déranger sign on the door, I have a hot bath waiting to take me to an enchanted place where I am younger, taller, and thinner.
Posted by Marie-Thérèse at 10:42 AM 18 comments: 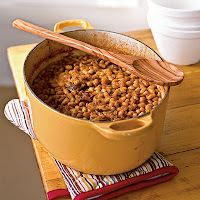 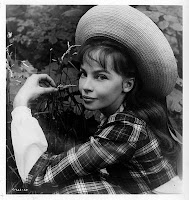 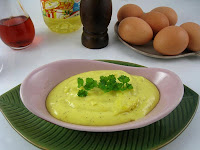