I know, I know, it’s been a while between Part 2 and the promised Part 3.  Unfortunately, Part 3 had to wait until my back could handle sitting at my computer for longer than a few minutes at a stretch.  I have no idea what I did to annoy it, but my back and I have finally settled our differences – more or less. 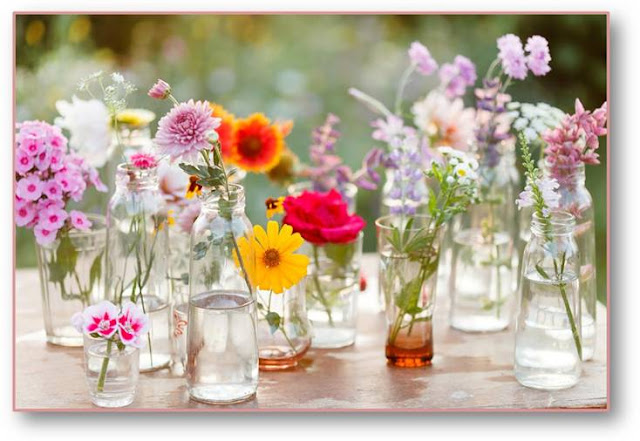 So, without further ado, let’s dip into the last installment of My Summer Highlights.  Hope you’ll think the wait was worth it.

By August, I was wilting in the hot, steamy New Jersey weather, so I decided a weekend getaway somewhere north of the heat would do the trick.  We headed to Québec where, as luck would have it, the Festival d’opéra de Québec was in progress and its centerpiece was Richard Wagner’s magnificent Le Vaisseau Fantôme (Der Fliegende Holländer in German/The Flying Dutchman in English).

After almost a century of absence from the Québécois musical scene, Wagner finally made his triumphant return aboard the phantom vessel of the doomed Dutchman.  The Production for this opera had actually been created at the Metropolitan Opera in New York, and we are scheduled to see it there later this season with the fabulous Welsh, bass-baritone Bryn Terfel in the title role.  The decision to debut this new Production during the Festival in Québec was curious but not all that rare.  New Productions for specific opera houses are sometimes debuted elsewhere, and this gave us the thrill of a sneak peek at what we would be seeing in March, albeit with a different cast.

It also would let me know what we were in for Production wise, as I had seen François Girard’s creations before and been less than thrilled.  The current Met Parsifal is his and I am not a fan.  There are sections of it that I hate; however, since we love the opera so much, we are willing to sit through it just to marinate in that glorious music.

And so, as you might expect, I was a bit nervous about what we would see.  Would it be more  dreadful Eurodreck?  But, aside from curiosity about the Production, there was another huge incentive to go.

My friend Jacques Lacombe was conducting, and any time I can see this globe-trotting conductor, who’s in demand all over the world, raise his baton it’s worth sitting through a bit of Eurodreck.

Born in Cap-de-la-Madeleine, Jacques is a favorite native son.  A chevalier-de-l’ordre-national-du-québec, he was awarded the Médaille du jubilée de diamant de la Reine Elizabeth II.  As you can imagine, everyone at the Festival was incredibly excited to have him home, however briefly, and conducting Wagner to boot.  It doesn’t get much better than that. 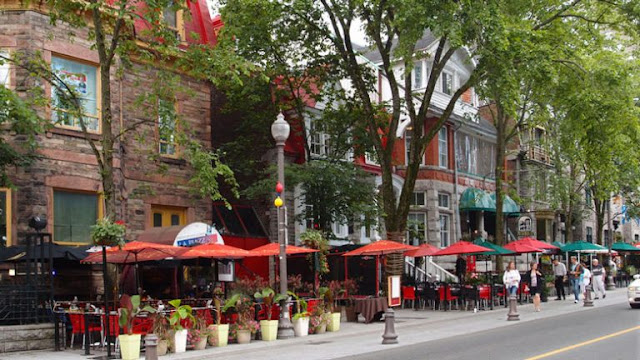 Our small hotel, the Uniloft-Grande Allée, was on the main thoroughfare, La Grande Allée, only a few minutes’ walk from the Grand Théâtre de Québec where the Festival performances took place. 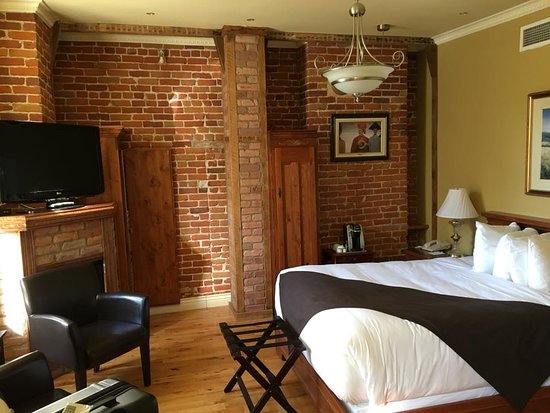 The room was a bit quirky but charming.  The bed squeaked and the large bathroom sink was outside the tiny bathroom near a window, a bit awkwardly placed, but there was a lot of natural light, which is perfect for applying makeup. 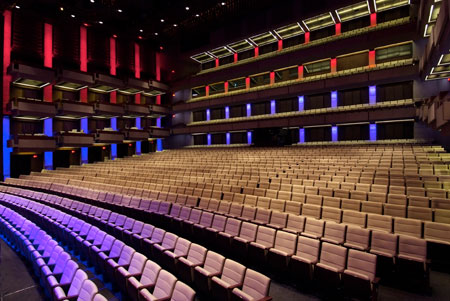 Much of the outside of the theater was under renovation and covered in a spider web of scaffolding, but once inside, I loved the simplicity of the design of the auditorium, comfortable seats and excellent sight lines.  We were in the first row, center of the Mezzanine.  I would soon find out that the acoustics are equally excellent.

First of all, let me end the suspense, as we say, tout court.  We loved the Production, particularly the ending, which was absolutely inspired.  Major kudos for that go to American Lighting Designer David Finn for his brilliant work here.  Of course, there are always minor quibbles, but they were so minor as to be not worth mentioning.  Without exception the singers, who were new to me, were wonderful vocally and dramatically, and the orchestra, under Jacques’ deft hand, plumbed the depths of this dark, turbulent score while bringing out the flashes of brightness and light that permeate the score.  It was a truly memorable evening.

Now about that crazy, wandering Dutchman.  What’s that all about? 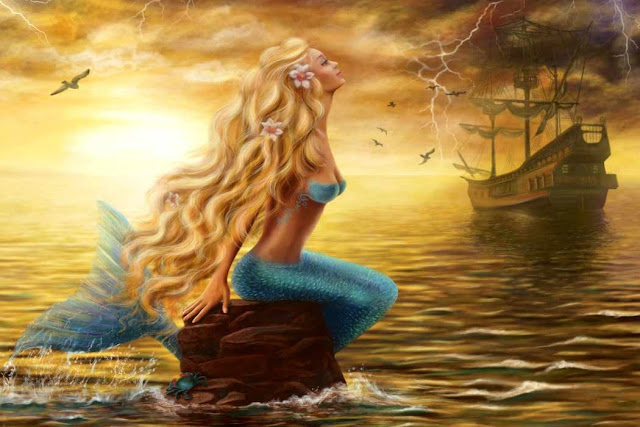 Legend has it that long months at sea caused auditory and visual hallucinations among seamen.  Some saw beautiful mermaids and heard their siren songs luring them to their deaths.  Others were said to see the vision of a phantom ship of ghosts with the Captain, a spectral figure, at the helm.  The ancient tale of a Dutch Captain condemned to sail the seas for eternity as punishment for defying God was well known to these men.

One version of this sad tale says that every seven years this Dutch Captain is allowed to come ashore to search for a faithful woman who promises to love him forever.  It is this unconditional love alone which has the power to release him from his fate.  Once given, if she breaks her promise, she will be condemned to the fires of hell for all eternity and he must return to the sea.  Not a pretty fate for him and really ugly for her.

Well, this version of the tale was music to Wagner’s ears.  If you know anything about Wagner’s operas, you know that redemption is a big part of almost all of them, and always through the love of a faithful woman.

The opera starts out with one of the most famous overtures ever written depicting a storm at sea and then the lull following that turbulent storm.

This should get you in the right mood for what’s to come:


The visual effects of the opening sequence of this Production were so effective that my husband said he almost felt seasick.  I’ll pack the Dramamine when we see it in New York this spring, just in case.
With the calming of the waters, the Captain of the ship, Daland, goes below deck leaving the helmsman on watch, who falls asleep singing a beautiful little aria about his sweetheart.  Suddenly, a ghostlike figure rises from the sea. 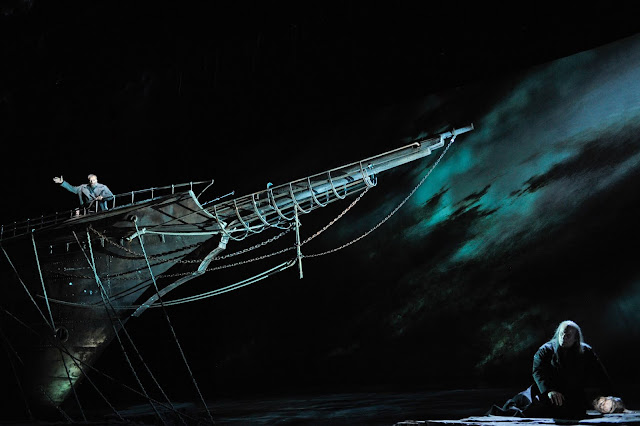 The Captain returns to find the sleeping helmsman and this strange presence. He engages him in conversation.  The stranger asks if the Captain has an unmarried daughter, to which Daland replies that he has.  Then he asks if she is a good and faithful girl.  Daland replies that she is, whereupon the mysterious stranger shows him the gold and riches that will be his if he will give his daughter to him in marriage.  Daland takes one look at all those glistening jewels and agrees to the marriage on the spot.  They sail their respective ships to Daland’s home port to seal the deal.

As fate would have it (Opera lives, breathes and sings on them!), during Daland’s absence, his daughter, Senta, has become obsessed with the legend of the Flying Dutchman and her compassion for his dreadful fate has caused her to fall hopelessly in love with him.  She is determined to free him from that fate, all of which she explains in one big, blockbuster aria.

When they meet, she recognizes him immediately and he sees in her the woman who will redeem him.  In a beautiful, heartfelt aria, Erik, Senta’s boyfriend, pleads with her to abandon this fatal obsession, but he cannot dissuade her from the path she has chosen.  His pleas fall on deaf ears for she has ears and eyes only for her beloved Dutchman. 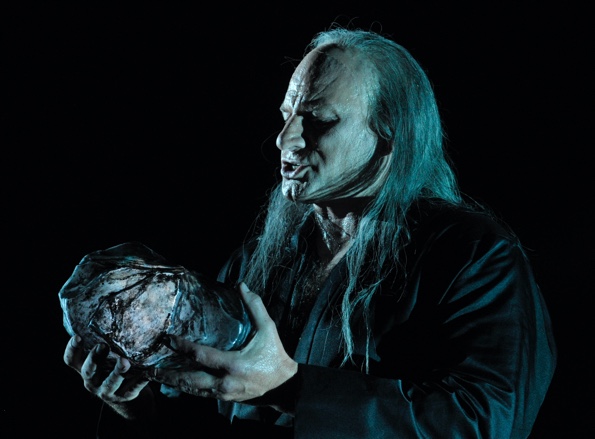 Now, I like a bit of mystery with my men, but frankly, this pale, ghostly figure is just too lugubrious for my taste; but, there’s no accounting for sopranos.  They seem to fall in love with the most unlikely and unsuitable suitors.  How often have you seen them throw over a tall, handsome baritone for a short, fat tenor?  Oh well, I guess you can’t argue with the libretto. 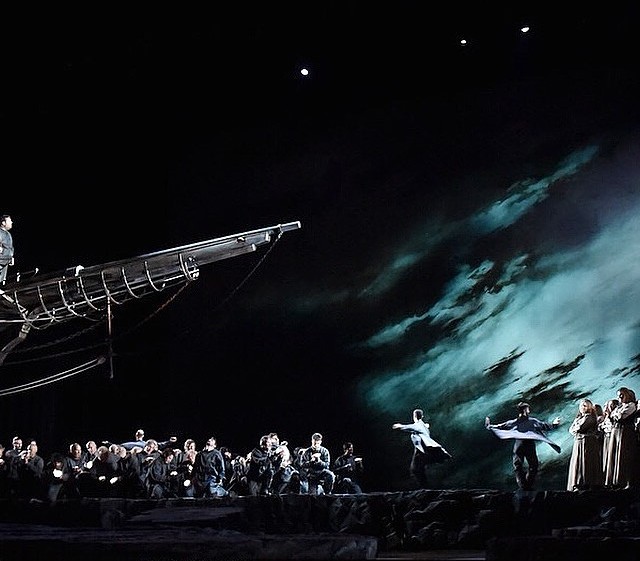 Later that night the villagers are celebrating the return of their seamen husbands, fathers and boyfriends and having a high old time of it.   They repeatedly call to the Dutchman’s crew to join them in their revelries.  No response.  Are they there?  Are they asleep?  Suddenly, ghostly forms appear and sinister voices are heard as the villagers scatter in fear.  (In this Production, they actually do not appear, only their voices are heard, which I felt was much less effective/frightening than the traditional staging – one of those small quibbles.)

Senta arrives followed by Erik.  He again tries to persuade her to abandon her obsession and reproaches her for breaking her vow to marry him.  When the Dutchman hears that Senta has been unfaithful to her previous love, he absolves her of her vow to him and, in despair, sets sail in his ghost ship certain that he is now forever lost to the sea.  But Senta remains faithful to him and with one final, magnificent high note she swears eternal fidelity, throws herself into the sea and drowns.

With that sacrificial act, she has redeemed the man she loves, the phantom ship disappears, the ghostly crew is freed and Senta and the Dutchman are united forever in heaven.  What a glorious ending.  I get chills just thinking about it, although the music surely has something to do with that.

If you’d like to try on a Wagner opera for size to see if it’s a good fit, and I highly recommend it, this is the perfect one to try.  Despite its dark theme, this opera is shot through with light and hope and will leave you feeling uplifted and inspired.  Just keep those seasick pills handy.

If you would like to read the series I did on Jacques Lacombe a while back, click on Married to the Maestro.

Posted by Marie-Thérèse at 2:42 PM