Back from Bayreuth – The Experience of a Lifetime (Part 1)

We’re back from Bayreuth and the experience of a lifetime.  “How was your vacation?” friends ask, to which I reply, “It was more of a pilgrimage than a vacation.”  And like all good pilgrimages, there were some rough spots along the way.  More about that later. 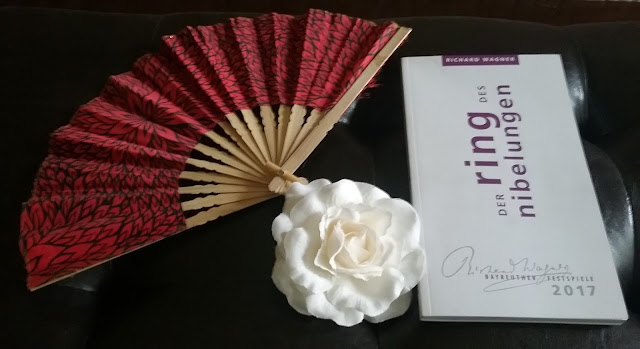 For the Wagner fanatic, seeing Der Ring des Nibelungen (“The Ring of the Niebelung”) in the opera house Wagner built for his monumental work is a dream come true.  Wagner’s music does not appeal to all opera lovers, including many of my friends.  It is less accessible than the music of Italian and French operas, which were my first loves.  My opera singer mother hated Wagner’s music so much that she would not allow it in the house.  Listening to the Saturday afternoon opera broadcasts from the Met was a tradition in our home, except on those Saturdays when the opera was by Wagner.  On those Saturdays, the radio was silent.  So, naturally, Wagner became a guilty pleasure for my brother and me, like sneaking cigarettes, which we also did. 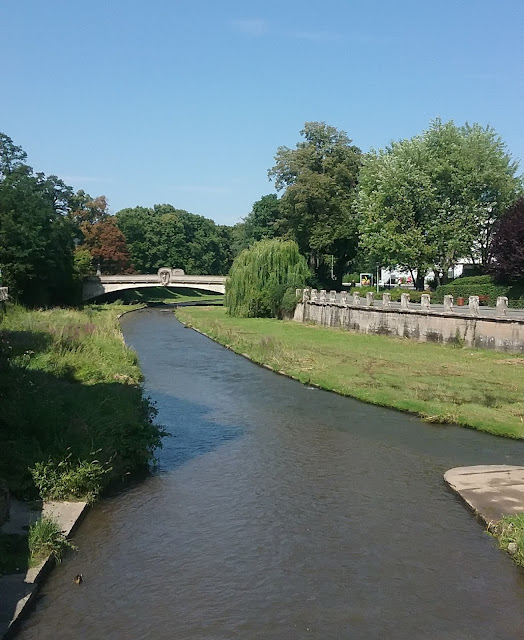 It was Richard Wagner’s wife, Cosima, who suggested they take a look at this lovely little town as a potential site for her husband’s opera house. 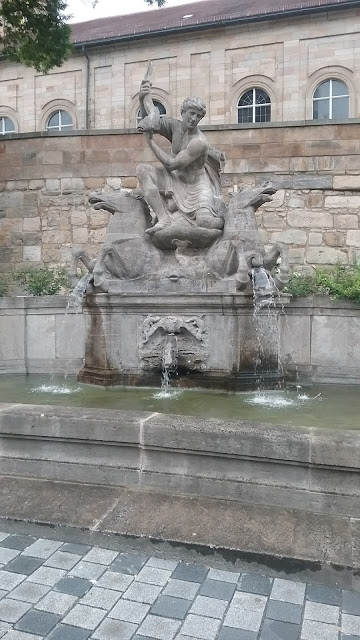 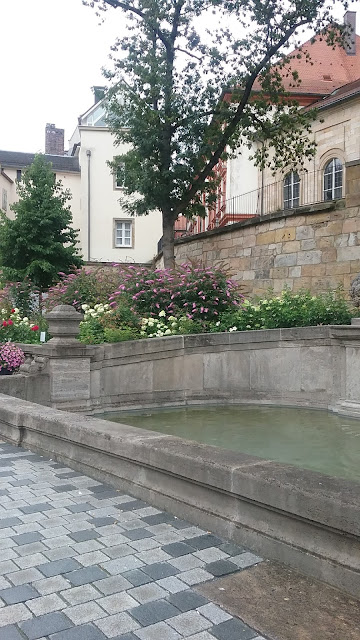 The Town Council gave him a large plot of land, known as the “Green Hill,” to build his opera house, the Festspielhaus (“Festival Theater”).  It took five long years of financial and artistic setbacks to complete the project.  When it was finished, Wagner said to Cosima: "Each stone is red with my blood and yours".

Not far from the Festspielhaus, the Wagners had a grand home built for themselves, Wahnfried.  Cosima, who would outlive her husband by 47 years, spent the rest of her life there, from which she ruled the Festival with an iron hand.  When illness and old age made it impossible for her to continue her controversial reign over the Festival, her son, Siegfried, took over.  The Festspielhaus has been under the direction of a Wagner descendant ever since. 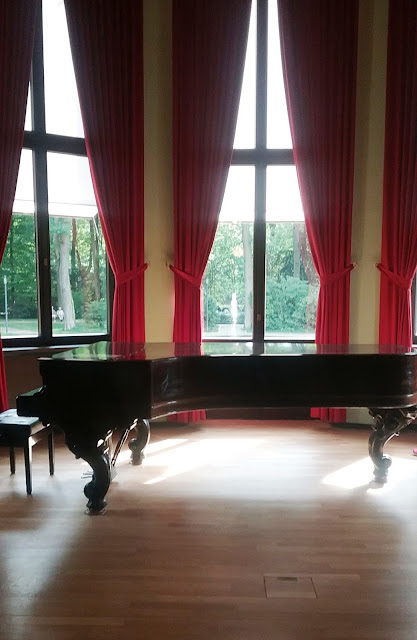 I took this picture of Wagner’s piano on which he composed all his music.  It gave me a thrill just to be in the same room with it.  Wherever he went, that piano went with him, and he moved frequently, usually to escape creditors.  He and Cosima are buried in the garden beyond the window. 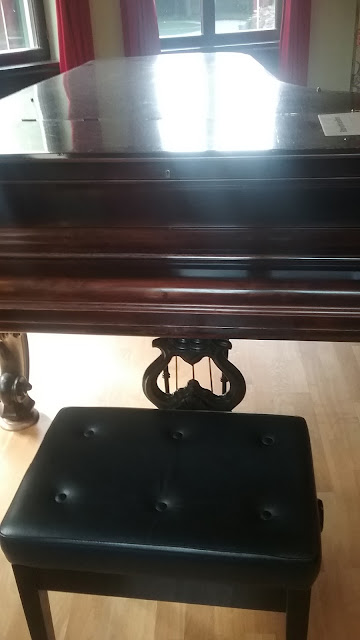 They were in Venice when Wagner died, and his son, Siegfried, said that the day of his father’s death his mother sat down at his piano and played a composition by her father, Franz Liszt.  It was the first time he had ever heard her play.

Bayreuth’s love affair with Wagner is still very much in evidence.  You can hardly go anywhere without seeing him. 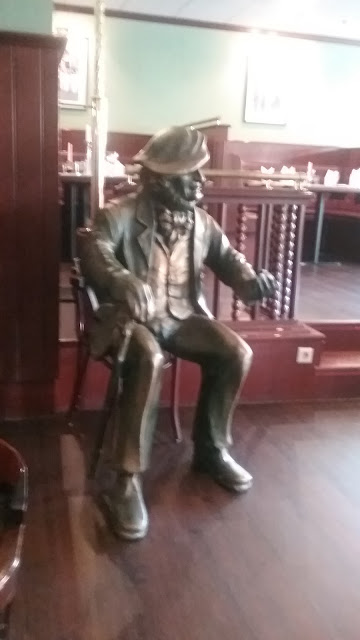 Here he is at the restaurant in our hotel.  The restaurant is called Richard’s Bar and Restaurant.  We immediately dubbed it “Rick’s Place.”  Everyone goes to Rick’s Place…..after the opera. 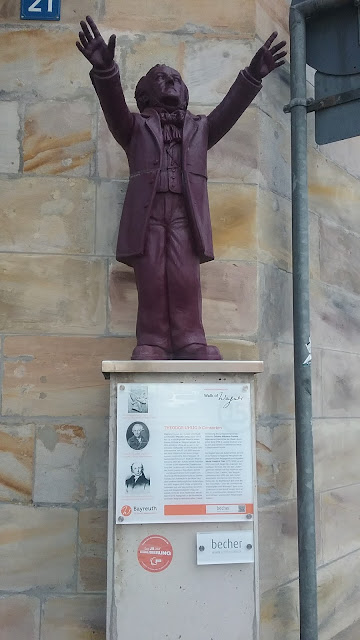 Walk along any street and you will run into him.  Just follow the “W’s” painted on the cobblestoned streets for Wagner’s Walks. 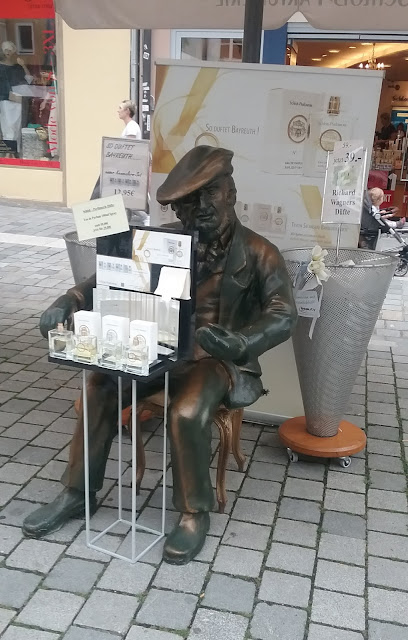 Not only did he write some of the greatest music ever composed, build an impressive opera house and open his own restaurant (Rick’s Place), but he also found time to sell a line of expensive perfume on the side.  Talk about a multi-tasker!!!

Wagner and music are everywhere in Bayreuth during festival season. 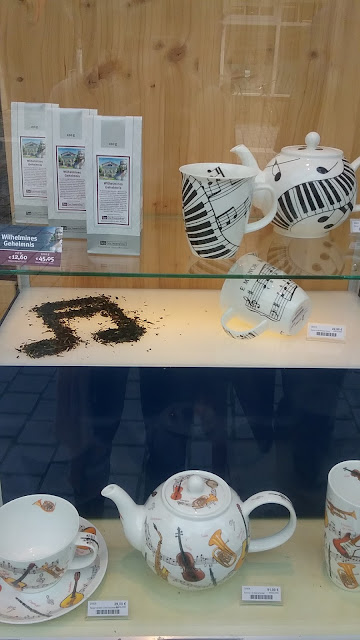 Just look at the window of this little tea shop where they have fashioned musical notes out of tea leaves.  How charming and clever!

Also everywhere during festival season are the opera goers who fill the quaint hotels and restaurants.  Katrin, one of the many delightful waitresses who served us, told us how to spot a tourist during festival season.  “They’re the ones wandering around in tuxedos and evening gowns.”  A far cry from the T shirt and fanny pack crowd.

In Part 2 I’ll talk just a little bit about the operas (not too much – don’t panic), introduce you to some of the lovely people we met and share some pictures of what I wore.

Back from Bayreuth - The Experience of a Lifetime (Part 2)

Back from Bayreuth - The Experience of a Lifetime Part 3)

Getting Ready for Bayreuth

The Hunt for the Perfect Special Occasion Shoe

Posted by Marie-Thérèse at 8:21 PM