The stage lights of Lincoln Center’s Metropolitan Opera Theater have dimmed on a memorable opera season.  The American Ballet Theater (“ABT”) now takes center stage for the summer.


Last weekend we had the privilege of being in the opera house to say goodbye to a superb soprano.  The tearful, standing ovation went on and on, a fitting farewell to this much loved diva, who took her final curtain call in a role for which she has become celebrated the world over. 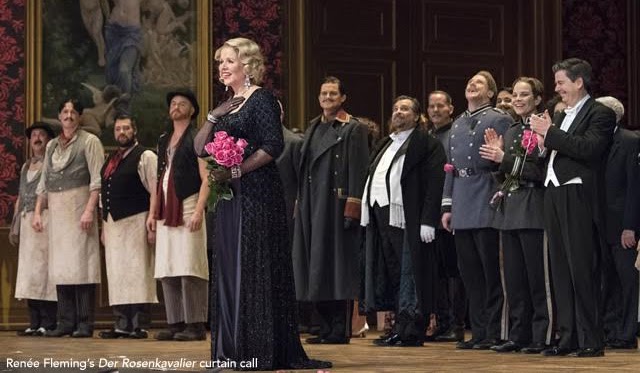 At the age of 58, soprano Renée Fleming made two decisions -- one difficult, one easy.

The decision to retire from the opera stage is always a difficult one.  When is the right time?  Is it too soon?  Is it overdue?  How many times have my husband and I shaken our heads sadly over opera singers who, as I put it, should have hung up their vocal chords long ago.  While Fleming may have lost a bit of volume and bloom to her voice, she is still singing beautifully and looking lovely.  She could have gone on for a few more years.  It takes tremendous courage to say “O.K., that’s it.  I’ve given it my best, I’ve had the best and it’s time to go.”  Of course, like most retired opera singers, she will probably do some recitals here and there and may even pop up as a guest artist in a small role.  But, essentially, on Saturday afternoon, May 13th, she said goodbye the way only a great diva can – with her voice, with her heart and with her tears. 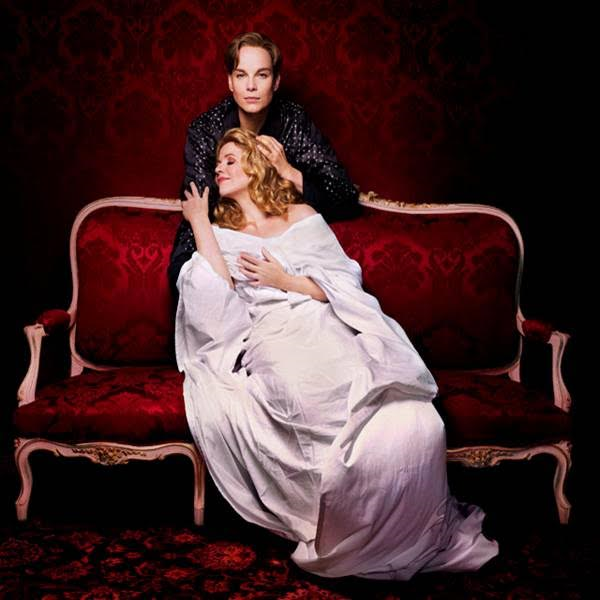 The choice for her final role was easy.  The Marschallin, Princess Marie-Therese von Werdenberg, in Der Rosenkavalier by Richard Strauss is a role that she has owned, honed and perfected over the years both dramatically and vocally.  And for her final opera at the Met, they gave her a new production and surrounded her with a truly stellar cast down to the smallest comprimario roles, like the hilarious, cross-dressing Madam of the brothel, the setting for the last Act. 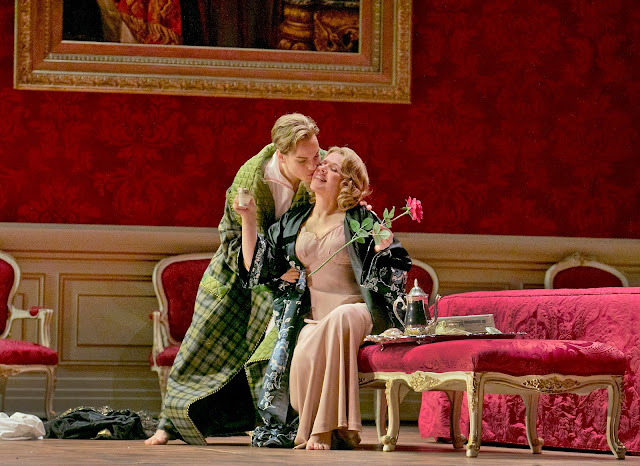 The opera opens on the morning after the Marschallin has spent an amorous night with her 17-year-old lover Octavian, Count Rofrano.  The role of Octavian is played by a woman.  This is known in the opera world as a “trouser role” or “pants part.”  The gorgeous mezzo-soprano Elīna Garanča actually makes a handsome and ardent suitor and moves like a young buck full of raging hormones. 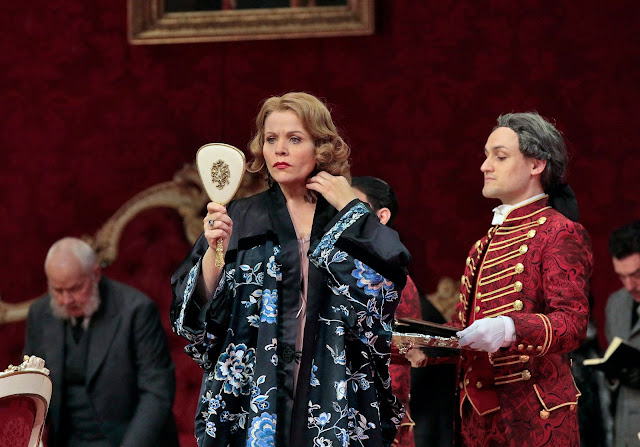 But the 32-year-old Marschallin knows that sooner or later Octavian will fall in love with a young woman and leave her, and when she tells him it will happen, he angrily denies that he could ever stop loving her and runs out of the room.  As she looks in the mirror, she already sees the signs of age slowly stealing across her face, and in a poignant soliloquy, known as the Marschallin’s Monologue, she admits that she often rises in the middle of the night to stop all the clocks in an effort to stop the passage of time.  If God must let this happen, why must He let me see it happening day after day?  Must He be so cruel?

Her cousin, Baron Ochs auf Lerchenau, arrives to announce the news that he has found a rich, young woman whom he plans to marry and asks the Marschallin to suggest a young aristocrat to deliver the traditional silver rose to the young woman as a sign of their engagement.  (M-T Note:  It’s interesting to note that this “traditional” delivering of a silver rose was a “tradition” totally invented by the Composer for his opera.  Pretty clever, I think.) 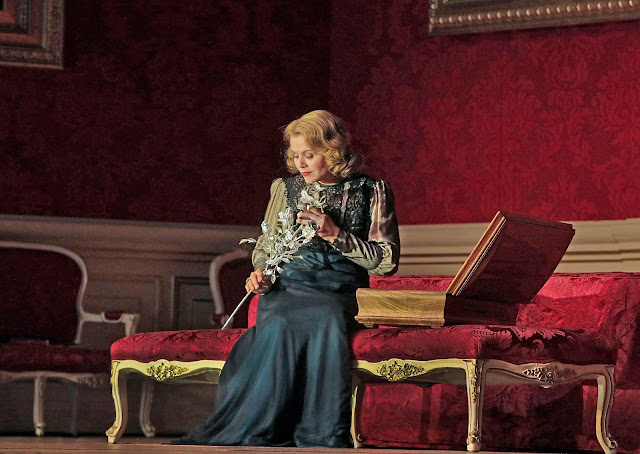 Alone in her bedchamber, the Marschallin takes out the silver rose remembering the excitement of a young, innocent Marie-Therese receiving her silver rose, the prelude to a loveless marriage.

The Marschallin’s fears of losing her young lover are well founded.  In the second Act, Octavian presents the silver rose to the beautiful young Sophie and they instantly fall head over heels in love.  Sophie is appalled by the boorish Baron and begs Octavian to help her avoid this disastrous marriage.  Octavian agrees.

The last Act is a Feydeauesque romp in and out of bedchambers and numerous hilarious attempts to discredit the Baron in the eyes of his future father-in-law.

In the end, it works, only because the Marschallin arrives to sort things out and save the day.  The marriage of the Baron to young Sophie is called off. 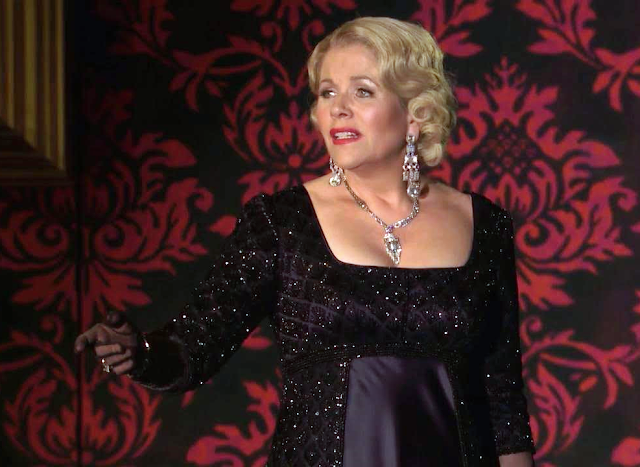 Here is just a small snippet of the final, glorious trio, an exquisite blending of voices and emotions.

And so she left us wanting more.

Posted by Marie-Thérèse at 7:48 PM