Love Recycled – Can You Move Forward by Going Back? 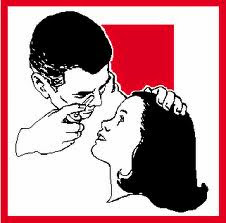 It’s Friday morning and I’m sitting in the Ophthalmologist’s examining chair as he looms over me shining a light in the right, then the left, eye.  I’ve been seeing him for many years now.  Dr. X is a teeny bit eccentric, to be honest, but I like him, and I get a real kick out of his monologues.  I don’t know how he does it, but he manages to keep up a running stream of chatter during the entire length of the exam -- about his life, his ex-wife, his children and anything that pops into his head.  I interrupt only occasionally to pose a question, but, basically, I just sit back and let him ramble on.


My husband is always amazed at the things Dr. X tells me.  “He barely says two words to me when I’m in the chair,” he says.

“That’s because you’re a guy, and the only way you guys share personal things with each other is if somebody puts a gun to your head.” 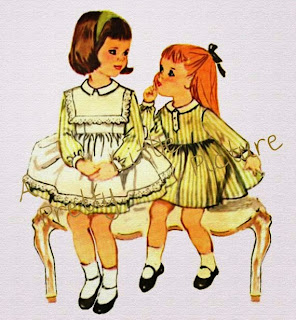 I think I must have one of those faces.  People just seem comfortable telling me things, often of a very personal nature, and I’m never shocked nor do I offer advice, unless they ask for it.
This time I heard some very funny, slightly risqué, stories about Dr. X’s exploits as a Freshman at Yale University.  We are about the same age, he and I, which means that there’s an easy, generational shorthand that exists between us.  He’s been divorced for quite a while and has what can only be described as a checkered dating history.  Casually, I ask him if he’s seeing anyone new, and he says, “No, I’m recycling some of my old ones.”

I laugh as he continues.   “I’ve been in love twice in my life.  I’m done with all that.  I’ve tried all the usual dating services.  I just don’t have the time or the energy any more to start with someone new.  It’s just too exhausting.  So, I’ve been recycling some old girlfriends.”
“How’s that working out?” I ask.
“So far, so good.  I got the idea from my cousin.  She’s been divorced twice, tried all the dating sites and just decided to go back and look up some old boyfriends.  Of course, she made the mistake of starting with her first husband.  Halfway through the date she remembered why she’d divorced him.  Then, she decided to look up some old boyfriends from high school.  I think she’s now working her way through college.” 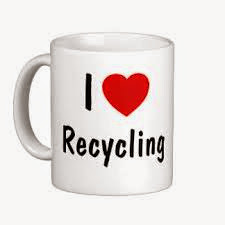 On the way home in the car, my dilated pupils barely protected from the daylight behind my Jackie O sunglasses, I laughed to myself at the thought of recycling old love affairs.  But, then, I thought, if I suddenly found myself single, what would I do?  Would I go to an on-line dating service at my age?  Suddenly, the whole recycling thing didn’t seem so silly after all.  In fact, thinking back, Mme Mère had done just that.

At my age, my Mother had already been a widow for 17 years.  Although she never remarried, she always had men in her life.  When she was in her seventies, she started looking up old boyfriends.  The shared history was a great place to start a relationship or just enjoy an evening out together.   One of those relationships lasted until the gentleman passed away.  In fact, my Mother outlived all of her gentlemen friends. 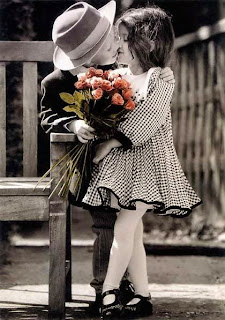 She claimed that I had my first boyfriend at the age of two.  I couldn’t swear to it, since I don’t remember, but I do remember the two boyfriends I had when I was 6.  Larry and John were in my first grade class.  They were best friends and did everything together.  They would walk me home from school together and ring my doorbell together on Saturday mornings.  My Mother thought it was cute, my Father did not.  He was already suspicious of boys/men having designs on his daughter.


Larry married a girl from our class the month after we graduated high school.   I lost track of him.   I ran into John in my twenties while working at JC Penney Department Store.  We were both working our way through college.  There was clearly still a spark between us, and we dated for a while.  Eventually, we went our separate ways and I lost track of him, too.

Looking back over the landscape of my romantic life, I can honestly say that the Good Lord definitely had my back.  He held that special person in reserve for me until I had learned enough about life and love to know how lucky I was to find him. 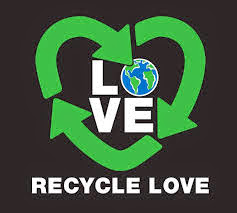 Nevertheless, the idea of the single man or woman my age recycling old girlfriends and boyfriends has a certain appeal, and, in at least one case I know of personally, can have a most wonderful result.

When my neighbor, Nancy, moved to our little townhouse community with her husband, Charlie, they were a lovely couple.  It was a second marriage for both of them and it was obvious they were happy.  Charlie’s death was a shock to everyone.

At a high school reunion, Nancy ran into a classmate she had not seen in 30 years.  John, too, was a widower, and over the course of the evening, he confessed to her that he had had a major crush on her since first grade from the moment she took his hand.  “Nancy held my hand as I joined her reading group, because I was really shy,” John remembered.

Well, one thing led to another, which led to a walk down the aisle for John and Nancy five years ago.  They’re no longer my neighbors, but we still keep in touch.  They have started a new life together in a new house not far away, and every time I think of them, it makes me smile.

So, for those of us d’un certain âge who are single and looking for love, maybe going back is a good way to move forward.  Or, at least, it may be a good place to start.

Posted by Marie-Thérèse at 7:22 PM