January may have 31 days, but it always seems to me to be the shortest month of the year, and this from someone born in February.  I wonder why -- I’ll give that some thought and get back to you.

While I don’t make New Year’s resolutions (see Another Year, Another List), I do have a longstanding tradition of getting together with two of my dearest friends, Linda and Earline, in January for a postmortem lunch. 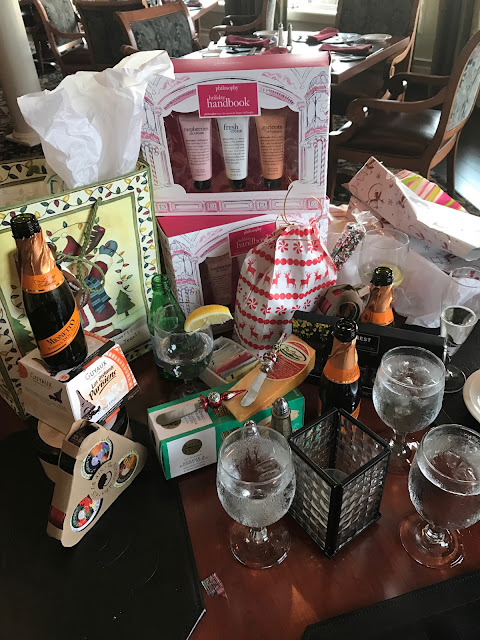 As promised, I’ve given it some thought -- the whole January feeling like the shortest month of the year thing -- and this is the way I see it.

The annual holiday dance begins earlier and earlier every year.  It starts as a languorous waltz, picks up speed and ends in a frantic tarantella.  By the time the last of Ye Merry Gentlemen have rested, we have collapsed in a heap and those first few weeks of January are just a blur of R&R (recovery and remorse)

....which is why having a birthday in February is such an excellent idea.  Credit where credit is due goes to Mme Mère for great planning.

As of yesterday, I am officially a senior citizen.  I have walked through the door marked “Abandon Hope All Ye Who Enter Here” into the Inferno of Dante’s Divine Comedy, otherwise known as Medicare hell – Part A, Part B, Part D and Part F (Whatever happened to C and E?  I don’t think I want to know.).

Oh well, champagne, presents and a dark chocolate torte can take the sting out of almost anything. 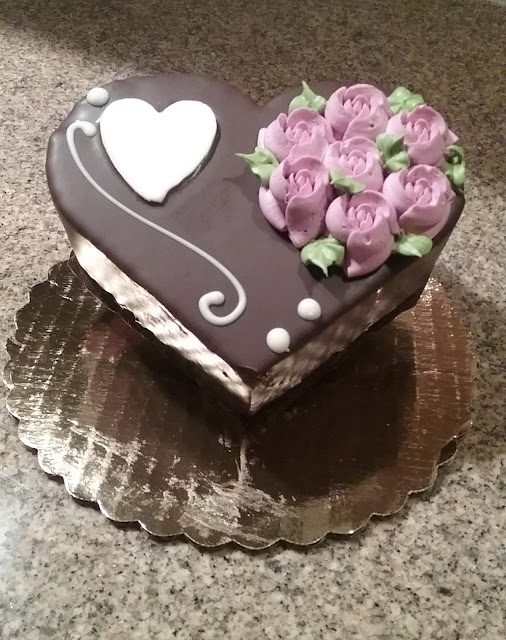 This beauty of a birthday cake, courtesy of my friend Earline, tasted every bit as delicious as it looks.  My friends know that I do not have a sweet tooth, so a traditional birthday cake just wouldn’t do, but they also know I cannot resist dark chocolate.  God bless girlfriends!

My husband decided to take the sting out of this birthday with a little something in a yellow box tied up with yellow ribbon – and you thought I’d say an orange box tied up with brown ribbon, didn’t you?  Well, actually you’re on the right track – the race track, that is. 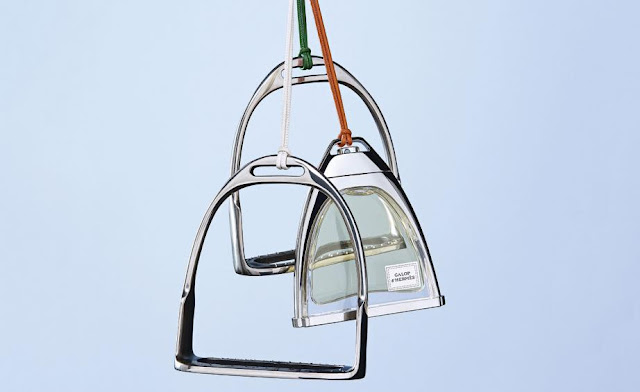 Any idea what this is?  It looks like the stirrup of a saddle.  In fact, it’s Hermès new fragrance, Galop d’Hermès.  It’s a flat glass bottle embedded in a silver stirrup with a decorative leather strap and it comes in a yellow box tied up with yellow ribbon. 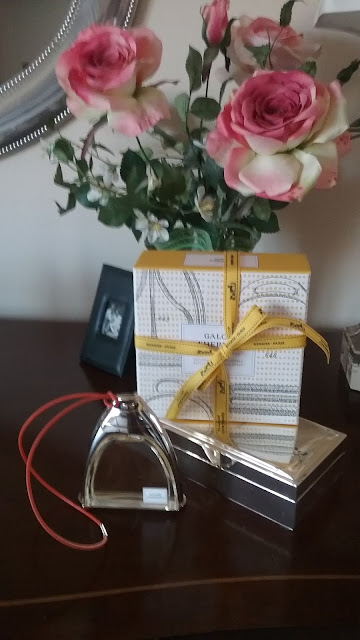 The fragrance is positively intoxicating with earthy notes of leather mixed with roses.  There’s also an intriguing story behind this perfume.

In 1930, Hermès opened its first New York store on 53rd Street near Fifth Avenue.  Le tout New York turned out on opening day to admire the leather goods.  One object, in particular, caught everyone’s attention.  It was a flat perfume bottle set into a real stirrup. 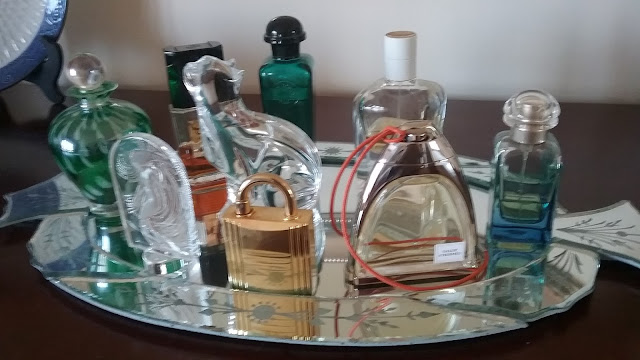 While that first Hermès store was not a success, closing its doors less than 18 months later, that perfume bottle in a saddle stirrup inspired le nez Christine Nagel, a celebrated Hermès “nose” to create this new perfume in honor of that first New York store, the elegance of the era and Hermès first venture into the world of perfume.

Well, I’d say my birthday month is off to a great start.  There will be more lunches/teas/dinners, more presents and lots more champagne.  If you think I’m going into Dante's Inferno without a good buzz, you’re crazy!

Posted by Marie-Thérèse at 4:38 PM