Can a Birkin Beat the Stock Market?

The day following the election of Donald Trump all eyes were on the stock market, which was predicted to plunge to near Great Depression era levels by most of the same people who predicted that Hillary Clinton would win. 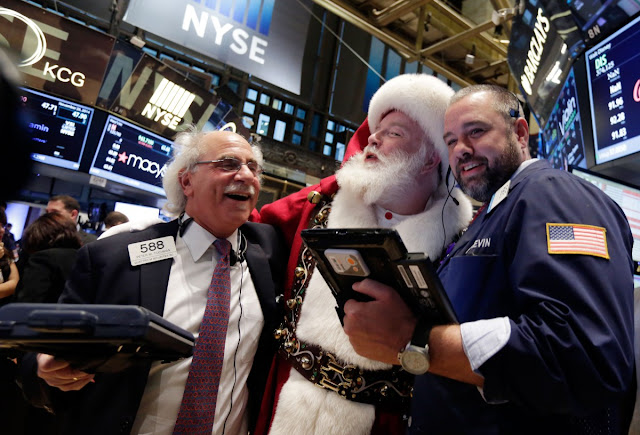 In fact, as of this writing, the stock market has hit record highs, to the relief of those of us who realized that with interest rates kept artificially low over the last ten years or so, the stock market was really the best, if not the only, game in town. 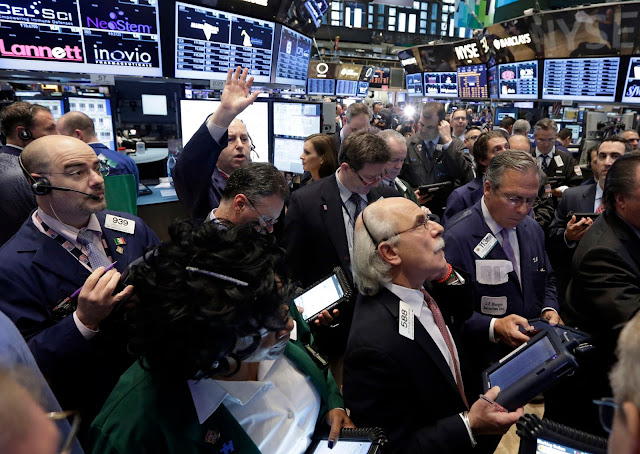 Of course, at some point, we are due for a “correction,” which is Wall Street speak for a market drop.  It’s not unlike your doctor telling you that there may be some “discomfort” following your procedure right before they peel you off the ceiling screaming in pain.

So, what’s an average, middle-class investor to do with his money in uncertain times (When’s the last time you felt you lived in “certain” times?  I know I never do.)?  Well, here’s a thought.

Last year, this Hermès Birkin handbag sold at auction in Dallas, Texas, for $203,525.  Unlike the stock market, which goes up and down, the iconic Birkin bag is what the French call une valeur sûre.  It doesn’t just hold its value, it increases it. 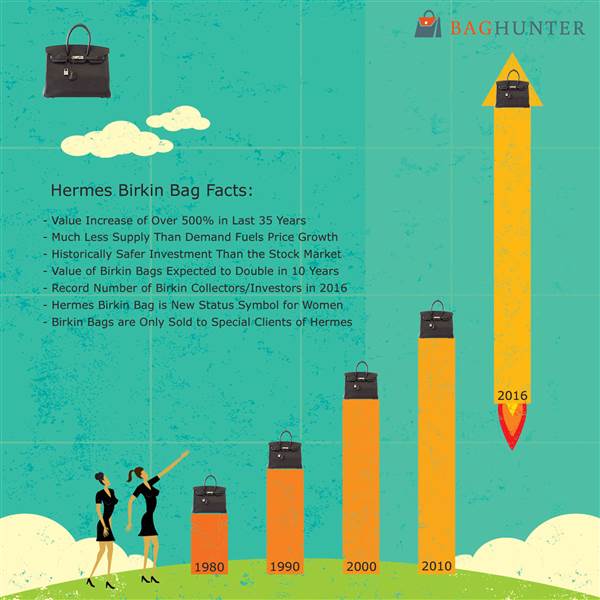 According to Baghunter, the Birkin has increased its value by over 14% per year, and this graphic shows an increase of more than 500% in the last 35 years -- not a bad investment for an initial layout of about $10,000, depending on materials.  And, of course, for connoisseurs of the brand, the pleasure of owning a Birkin is priceless.

Like the stock market the luxury market, itself, is not immune from ups and downs.  In March of this year, a joint French-American symposium on the subject was held at the Sofitel in New York, where the future of the industry was discussed. 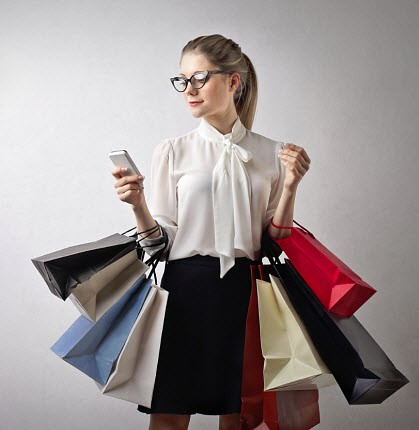 According to Elsa Berry of Vendôme Global Partners and President of New York’s French-American Chamber of Commerce, the luxury sector has never been so “volatile.”  High-end brands must continue to appeal to loyal customers while trying to figure out how to make future customers out of those really-hard-to-figure-out millennials.

But the Birkin is not the only Hermès handbag that can be relied upon to increase in value. 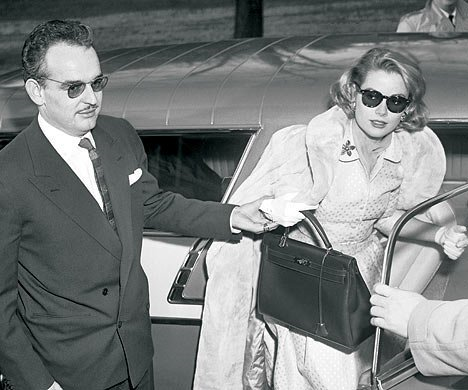 The Kelly bag had actually been around a good 30 years or so before it got its name in 1956.  That was the year that a pregnant Princess Grace of Monaco, née Grace Patricia Kelly of Philadelphia, PA (1929-1982), used the bag to discreetly cover her baby bump in a photo that made the cover of “Life” magazine.  That baby bump would soon be daughter Caroline, now the Princess of Hanover.  The bag was immediately rechristened the Kelly bag and the rest, as they say, is Hermès history.

﻿﻿
﻿﻿
Many years later, another Philadelphia girl, namely moi, would be the proud owner of her own beautiful black Kelly bag, a gift from my husband.  My husband works in a business that sells construction materials and, in fact, often did business with Grace’s brother, Jack Kelly, Jr. (1927-1985), who ran the family brick business.  He was truly a lovely man.  Anyway, as everyone knows who works in the construction industry, like the stock market, it is notorious for its ups and downs.  So, over the years, when things would get tight and I would start to fret a bit, my husband would always say, “Don’t worry, honey, we can always sell your Kelly bag,” to which my standard reply was “over my dead body,” or words to that effect.

However, the truth is that my Kelly bag is, indeed, worth considerably more now than the day my husband purchased it for $4,000.

Just take a look at this. 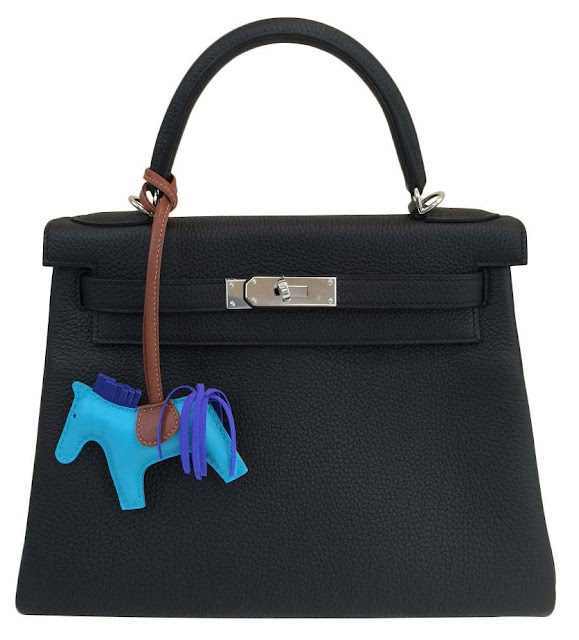 This is a 28 cm black Kelly Bag for which Baghunter was asking $18,500.  Except for the fact that this bag is in smooth leather and mine is in textured leather, it is essentially my bag.  And, Like this bag, mine is in pristine condition with the original locks, keys, clochettes, brown velvet drawstring pouches (sleepers) for the bag and removable strap and is stored in its original orange box and ribbon. 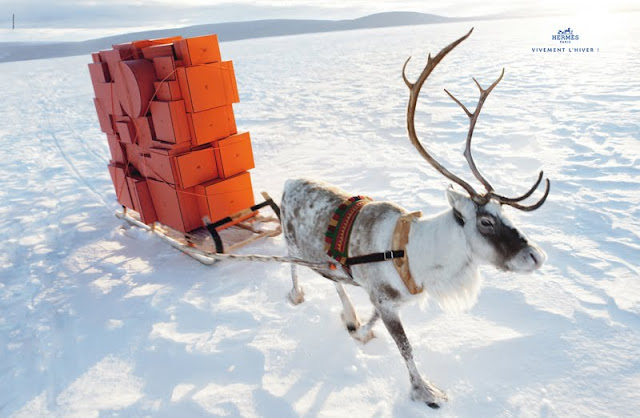 So, if you’ve been a really good girl this year and avoided ending up on Santa’s Naughty List, maybe he has a few orange boxes in his sleigh for you this Christmas and maybe, just maybe, one of those boxes will contain a Kelly or a Birkin.  If so, Santa deserves a big hug and kiss and an extra large plate of cookies on Christmas Eve, because that jovial, big guy in the red suit is actually looking out for your financial future.

For the story of how I got my Kelly bag and what my husband went through to get it, click on “Grab the Cats and the Kelly and Go!!”

Posted by Marie-Thérèse at 7:51 PM