That’s Just the Way She Is

I have nothing against honesty.  All things being equal, it is usually the best policy. 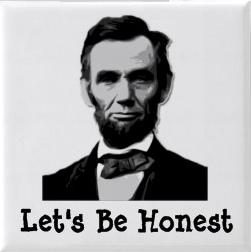 But when someone says, “May I be completely honest with you?” do both of you a favor and say politely, “No, thank you,” because what follows will probably be rudeness masquerading as honesty.  In fact, the mask of honesty is worn by a whole host of miscreants these days, the most insidious of whom are those who have deluded themselves into thinking they’re actually doing or saying this or that “for your own good.”

They come in all shapes and sizes, these relentless do-gooders.  But the one thing they have in common is that they’ve watched enough Oprah and Dr. Phil to convince themselves that they know what’s good for you, even if you don’t.


I come from a long line of strong-willed women with all manner of idiosyncrasies.  My mother’s Aunt Emily, a spinster, was Executive Secretary to the head of Strawbridge & Clothier for more years than anyone could remember.  Every morning she left the house at precisely the same time, impeccably coiffed and groomed, and every evening she returned at precisely the same time in exactly the same condition.

Except to go to work, Emily never went out.  The day she retired, she left the office, returned home and never left the house again.  Her sister, Annie, a widow, was a real “gad about,” as they used to call her.  You couldn’t keep her in the house.  She dropped in on us frequently, but if we wanted to see Emily, we had to go to the huge, three-story stone home in west Philadelphia where the sisters held court.

They loved having guests, especially the unexpected kind.  Annie always came to the door, took one look, put her hands to her face in mock surprise and said, “Emily, you’ll never guess who’s here!” even if we were expected.

Emily chain smoked and drank her way to a ripe old age.  Until the day she died she was considered a handsome woman and had been a great beauty in her youth.  She was known for her potent Manhattans and powerful hugs.  A kid could get lost in an embrace like that.  I remember asking my mother once why Aunt Emily never went anywhere and she said simply, “That’s just the way she is.”  I never asked again.  I didn’t need to.

Annie came to all my dance recitals, spelling bees, award ceremonies, all the big and little milestones in a kid’s life, and enjoyed every one of them.  When she went home, she told Emily all about it.  No detail was too small to go unnoted.  And the next time I saw Emily she would say, “I heard you were the tops, kid!”  Then she’d ask me about it all over again.  I adored these two women.

Emily died first and Annie followed soon after.  I was in my late teens by then.  I miss them both to this day and would give anything to have them back.  But, truth to tell, I’m glad Emily’s gone.  If she were alive today, she would be told there was something wrong with her, that her refusal to leave the safety of her home masked a deep-seated fear of the unknown or repressed rage at an unnurturing mother or some such nonsense.  She would be labeled agoraphobic or fill-in-the-phobic and told she had to face her fear/rage, work through it and get past it before she could be truly whole.

By now, the once proud and regal Emily would be reduced to cowering in a corner, hands clamped over her ears in an attempt to drown out the sounds of hundreds, nay thousands, of professional do-gooders pounding at her door ready to drag her, kicking and screaming, out of her ancestral home “for her own good.”

Then again, knowing Aunt Emily, she’d probably invite them all in, whip up a batch of her killer Manhattans and set them all straight --- because that’s just the way she was.

Posted by Marie-Thérèse at 4:30 PM