Curtain Up on a New Season – Part I

The curtain went up on our new season at the Metropolitan Opera on Saturday afternoon.  It was a good news/bad news sort of day. 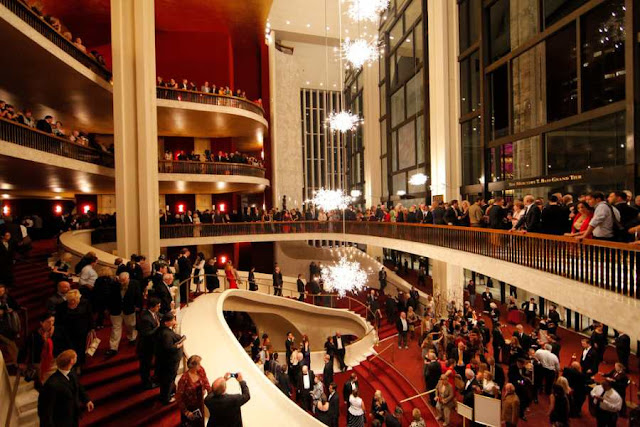 
The opera is in Italian and takes place in Spain.  As the curtain opens, the masked Don has slipped into Donna Anna’s bedroom in the dark of night to “have his way with her,” which he does not manage to do.  This feisty lady fights him off and, when he tries to flee, she pursues him into the street screaming (or rather singing very loudly) for help. 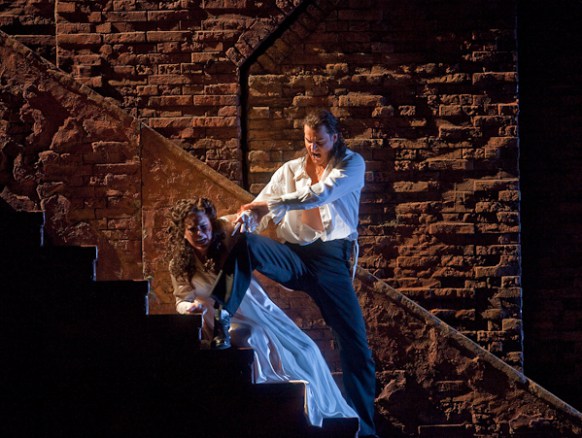 Her father, the Commendatore, comes to her assistance, and in the ensuing duel, Don Giovanni kills him.  Aided by his faithful servant, Leporello, the Don flees.  Donna Anna discovers the lifeless body of her father, swears vengeance, and for the rest of the opera she and her fiancé chase the Don around trying to exact their revenge. 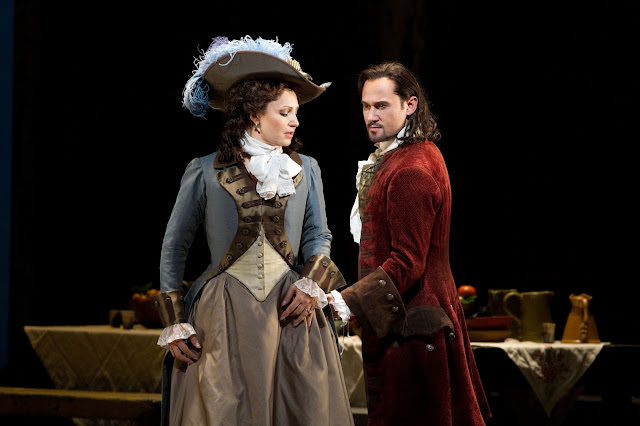 No sooner has the Don made his escape from Donna Anna, than he runs into an old girlfriend, Donna Elvira, with whom he did have his way.  After swearing eternal love and promising to marry her, he had vanished, and she’s been hunting him down ever since.  He manages to charm poor Donna Elvira yet again and, when her back is turned --- you guessed it --- he does his vanishing act once more.  This guy should have an act in Vegas!!

It’s left to the Don’s servant, Leporello, to set the weeping Donna Elvira straight about his Master’s philosophy toward the fair sex.  Don Giovanni loves women so much that to be faithful to only one would make him unfaithful to all the rest.  To illustrate his point, Leporello pulls out a catalog in which he has noted every one of his Master’s conquests all over the world.  The tally in Spain alone is over 1,000.  Actually, I’ve always been a bit miffed that the total in France is only 64 – but I digress.

Eventually, the jilted Donna Elvira teams up with the wronged Donna Anna and her fiancé in pursuit of the lecherous Don.  They manage to foil his attempts to seduce a pretty young village girl, Zerlina, on, of all days, her wedding day.

After beating a hasty retreat from the troublesome trio and the wrath of the wedding guests, the Don and Leporello find themselves in a cemetery, where a great stone statue of the Commendatore marks his grave.  Don Giovanni cavalierly invites the Statue of the man he killed to dinner, and, to Leporello’s horror, the Statue accepts.  Guess who’s coming to dinner? 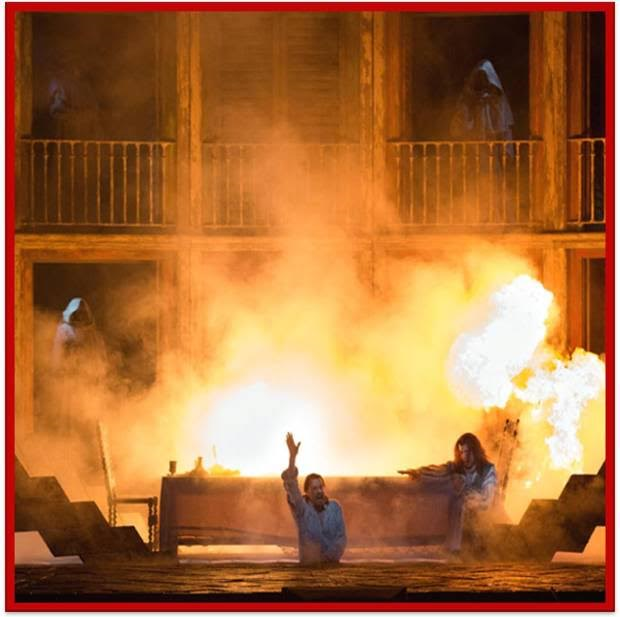 Indeed, the Statute does show up for dinner, telling the Don that he has not come to dine but to offer him one last chance to repent.  The defiant Don refuses and the Statute drags him down to hell.

Donna Anna has had her revenge and agrees to set a wedding date, after a suitable grieving period.  Donna Elvira decides to enter the convent.  Unlike Donna Anna, her honor, you will recall, has been compromised, so what’s a dishonored girl to do?  Take the veil.  And Leporello is off to find a new master, who doesn’t invite dead men to dinner.

It all ends happily, except of course for Don Giovanni, although…..I wouldn’t be too surprised if he’s not enjoying the fruits of his bad boy behavior even now with some delectable bad girls.  Hell must be full of them.   It's no secret that even good girls have a soft spot in their hearts for bad boys.  Just ask Donna Elvira.

Here are some highlights, including the fiery ending, you might enjoy.


Next time, we’ll continue with my good news/bad news day at the Met.

Posted by Marie-Thérèse at 6:27 PM