O.K., so how cold was it in New York this weekend?  Does this answer your question?


This is Niagara Falls NOT falling, but frozen stiff like a Good Humor popsicle.

Of course, good humor is a hallmark of the intrepid tourist.

And this is one intrepid young lady.  With temperatures hovering around “0” F, even smiling in such glacial cold is risky business.  Her lips could have frozen to her gums, yet she throws caution to the winds, which, trust me, were brutal, for this hilarious selfie.  You’ve gotta love her hutzpah.  What a fun traveling companion she must be!

On Friday night, we braved the few blocks from our little timeshare to Circo on West 55th. 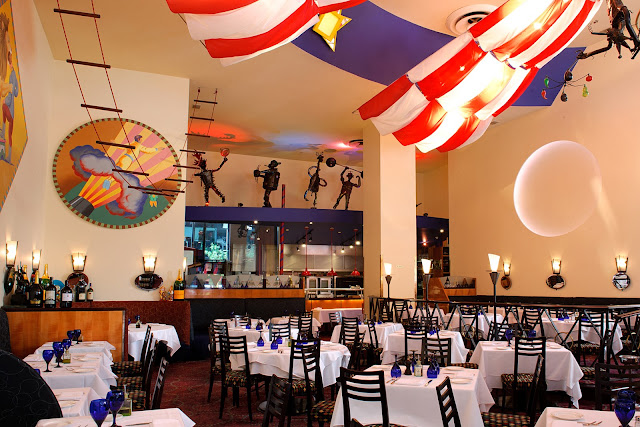 The décor at Circo (“circus” in Italian) is lively and colorful, just like its name suggests, and the food and service are always excellent.  That night was no exception.  We were well fortified with food and drink for the walk back against the falling temperatures.

Saturday morning, my husband cut short his run in Central Park.  The winds were blasting through the City knocking everything over that wasn’t nailed down.  I bundled up in layers for our trip to the Metropolitan Opera in Lincoln Center


The opera was Verdi’s barn burner il Trovatore.  The story line is improbable, dare I say totally implausible, but to make up for its literary shortcomings, Verdi set it to some of his most glorious music.  It’s one fabulous tune after another, even between the arias.  In fact, its most famous tune, known as the Anvil Chorus, is so well known that everyone from the Marx Brothers to Bugs Bunny has lampooned it to hilarious effect.  And where would the world of television commercials be without it?

This slick ad was done for CTIA.


But I just love this not-so-slick but adorable ad for Raguletto Pasta.

What came to be called the Anvil Chorus is actually the Coro di zingari (the Gypsy chorus) from the first scene of Act 2 of il Trovatore, in which the gypsies sing the praises of their gypsy life, while their blacksmiths work over hot fires pounding their anvils.  Of course, you can’t just go about hammering away willy nilly…..this is, after all, grand opera, so the huge hammers are swung to the rhythm of the music and each anvil has a specific tone and must be struck exactly in the right spot at the right moment.  It’s not as easy as it looks.  These muscle-bound hammer swingers are not just there for eye candy, although that never hurts.  The entire success of this crowd-pleasing chorus depends on their pinpoint accuracy.

Here’s how the Met turns up the heat in the Anvil Chorus.

Suddenly, the frigid walk to the theater was a distant memory and it felt all nice and steamy inside.  It’s amazing what a pair of warm muscles can do for a girl on a cold day.
Posted by Marie-Thérèse at 4:06 PM