Risking the Wrath of the Gods and Other Treats

Well, my dear Readers, having survived my November DIY project (See “Four Men, a Guy and a Girl.”), it was time to give myself a treat.  I always recommend rewarding yourself after a job well done --- actually, even if it’s NOT so well done, but at least DONE, you still need a treat.

And so, a day at one of my favorite places, The Philadelphia Museum of Art, was in order. 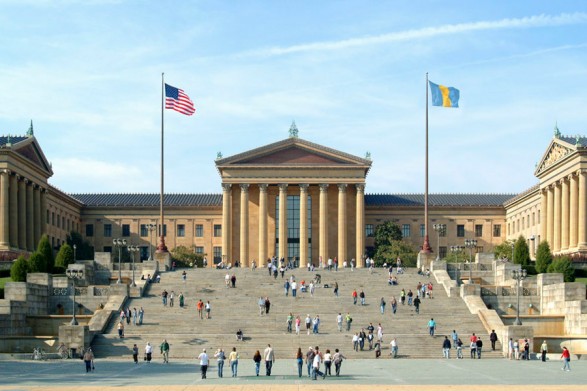 If the steps of this gorgeous Greek revival building look vaguely familiar to you, you’re probably old enough to remember a certain Philadelphia boxer running up them.  No? 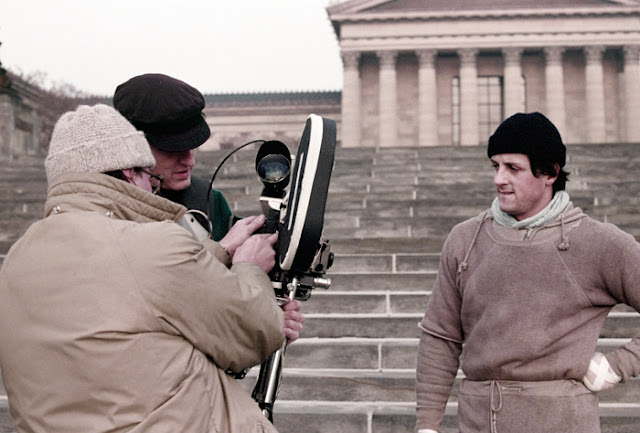 Look familiar now?  Here they are preparing to shoot the scene in the 1976 sleeper hit, “Rocky,” in which Rocky (Sylvester Stallone) runs up the Museum’s steps to the tune of what would become the Rocky theme song “Gonna Fly Now.” 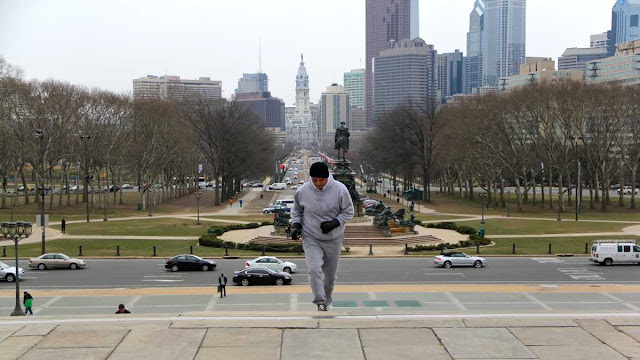 Even 40 years later, would-be Rocky(s) still have themselves photographed running up those steps.  Most never bother to venture inside (certainly Rocky never did), which is a pity, because the Museum is one of the largest in the United States, with almost 300,000 magnificent paintings, prints, drawings, sculptures and decorative arts from Europe, Asia and America. 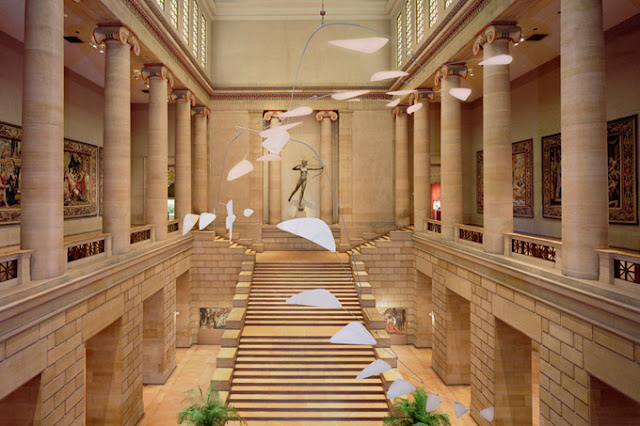 I was here for a special exhibit with my friend, Carla, as official tour guide.  Do you remember me telling you about my friend Carla?  (See “Youth Fades -- Must We? (Part Three).”)

Carla is part of a circle of friends I call the Culture Vultures.  If there’s an opera, a ballet, a concert or an art exhibit anywhere, we’re all over it.  After retiring from the practice of Law at a prestigious firm (Yes, Virginia, there is life after retirement!), Carla signed on to be a docent at the Museum.  She shares her passion and knowledge in her guided tours.  I never miss them.

This day, I was here for a tour of “The Wrath of the Gods,” whose centerpiece was the famous painting by Peter Paul Rubens, “Prometheus Bound,” part of the Museum’s permanent collection. 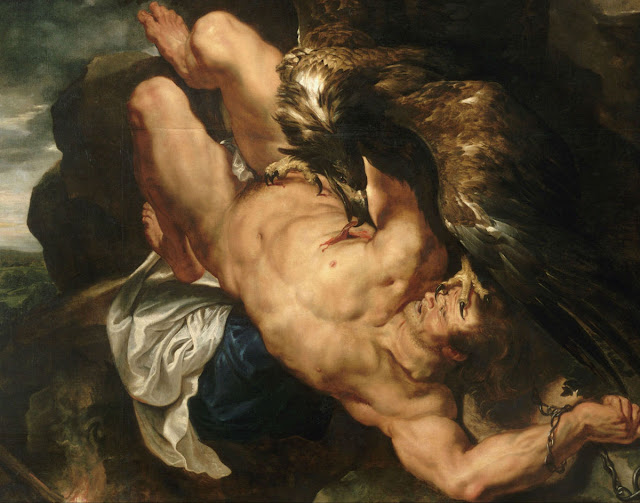 I have always been fascinated by this ancient mythological figure to whom we owe so much.  Prometheus, a Titan, defies the gods, steals fire and gives it to man.  For this, he is horribly punished by Zeus.  Chained to a rock, he is sentenced to have his liver plucked out by a giant eagle; and herein lies the downside to being immortal --- his liver regenerates every night, so the hapless Prometheus must undergo this torture anew, every day, for all eternity.   OUCH!!

The good news is that poor Prometheus was eventually freed from his suffering by the hero Hercules.  It’s always risky to defy the gods, even for a good cause; and, indeed, it was a good cause.  Where would mankind be without fire?  Think about that for a moment, and you will agree that we owe Prometheus a huge debt of gratitude.

After the tour, we were feeling a bit peckish – must have been all that talk about “livers.” 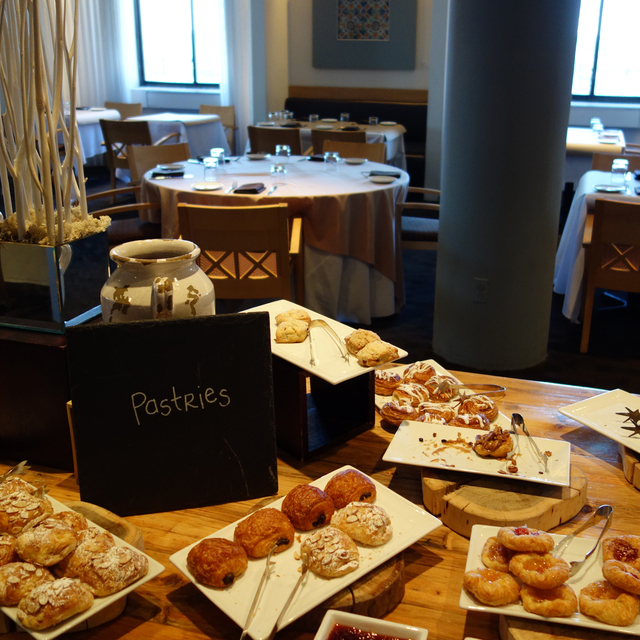 So we had a wonderful lunch at the Museum’s Granite Hill Restaurant, which I highly recommend.  The décor is unassuming, but the food is excellent, the service attentive, and they actually make a good cup of coffee, which is rare in American restaurants, even in some of the best.  They serve La Colombe coffee, which is what I drink at home.

Then, it was time for a visit to the Gift Shop.  The Museum has a wonderful collection of interesting items.   It’s a great place to start or wind up your Christmas shopping, since you’re sure to find something for that person on your list who gums up the works every year.  “Well, I’m almost finished my Christmas shopping, but, I still have to find SOMETHING for my sister-in-law, who’s impossible to buy for.”

Well, I can’t help you with your sister-in-law, but I did find something for me.  Again, a little post-DIY, pre-Christmas treat, which will be perfect for the opera. 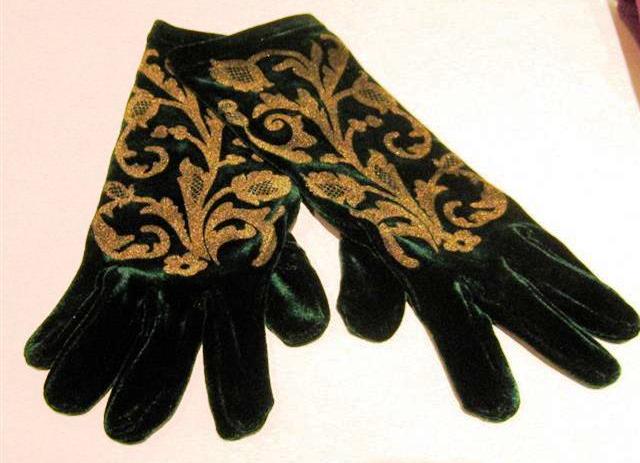 Aren’t they just too, too gorgeous?  These emerald green, velvet gloves with hand-screen-printed design in gold are made by a Portland, Oregon, artist named Deborah Polonoff.  Her designs for gloves, scarves and socks are inspired by Renaissance patterns, 19th century lace and other historical designs.  I just fell in love with these gloves and had to have them. 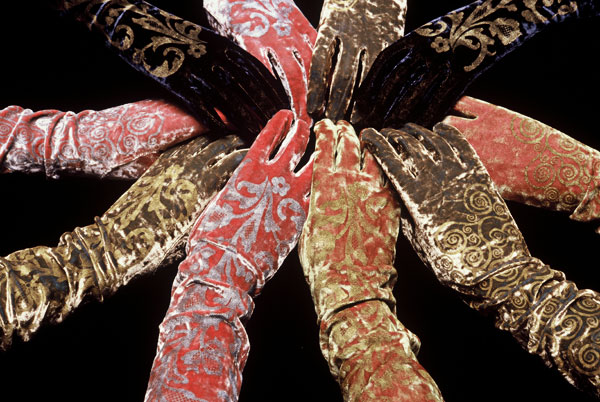 To see more of Deborah Polonoff's designs, visit her website.

Well, I suppose I’ve had enough treats for one day – a wonderful art exhibit, lunch with my Culture Vulture friends and a beautiful pair of velvet gloves to wear to the opera.  And, really, if you think about it, none of this would have been possible were it not for Prometheus risking the wrath of the gods.

Posted by Marie-Thérèse at 5:05 PM