Where Have You Gone, Shirley Valentine?

The other day I had one of those Peggy Lee “Is that all there is?” moments.  (M-T Note:  If you’re too young to remember Peggy Lee, you’re probably too young to have a Peggy Lee moment.)

It was just a fleeting feeling.  I don’t even remember what I was doing when it came over me, but there it was and there it went and it made me think of Shirley Valentine. 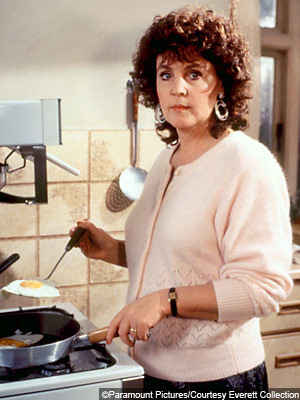 Shirley Valentine was a 42-year-old housewife from a working-class Liverpool neighborhood with a pretty serious, mid-life identity crisis.

The one-woman play debuted in 1986, and in 1989 the wonderful actress, Pauline Collins, took Shirley Valentine from the stage to the screen. 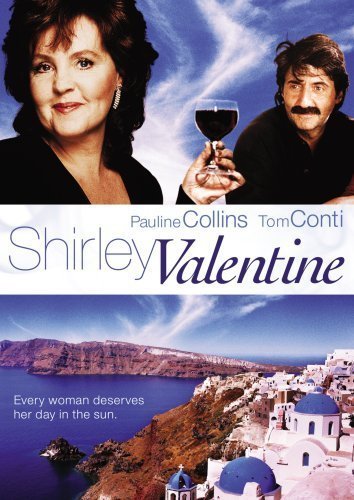 Although the critics were not particularly kind to the film (Actually, they hated it.), taking pot shots not only at the film, but at the play on which it was based, most agreed that Pauline Collins’ Shirley Valentine saved the film from totally sinking into a sea of banalities and tired one-liners.

O.K., so maybe it didn’t have the acidic bite of “The Vagina Monologues” ten years later, which, BTW, also debuted as a one-woman show, but it did take on a “women’s issue," and it did so with a sweetness, charm and gentle humor that makes it one of my favorite, guilty-pleasure chic flicks. 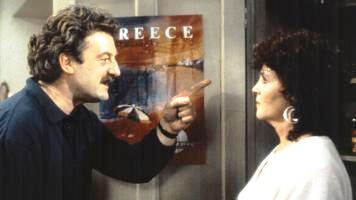 Shirley Valentine Bradshaw is having a mid-life, identity crisis.  Where is Shirley Valentine?  Where did the years go?  What has she got to show for them?  Spoiled, unappreciative children and an emotionally distant husband, who only displays emotion if his “tea” (dinner) is not on the table when he gets home from work.

In one of my favorite scenes from the movie, Shirley runs into an old school nemesis while shopping.  A downpour and the spray from a limousine pulling up at the curb has left Shirley thoroughly soaked through.  And, who gets out of the limo?  Marjorie Majors (Joanna Lumley), the golden girl from high school, the girl with perfect elocution, who made the perfect soufflé in cooking class and who now looks, if possible, even more beautiful than Shirley remembers.  Don’t you just hate that?  There is, however, a bit of a twist to this encounter.


Where is Shirley Valentine?  Where did she go?  Apparently, she went to Greece.

When her best friend, Jane, wins a trip-for-two to Greece, Shirley leaves her husband a note and takes off with her friend.  No sooner do they arrive, than Jane abandons her for a man she met on the flight over, and Shirley finds herself alone.  But, being alone on a sunny Greek Island is not quite the same as being alone in her dingy kitchen in Liverpool. 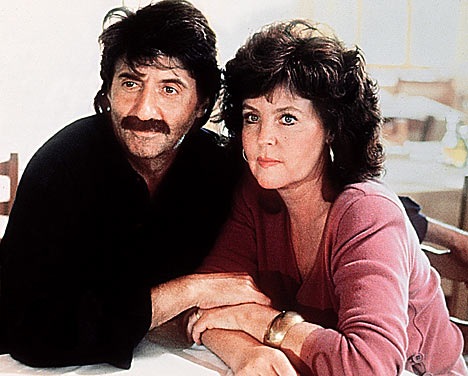 She has a brief affair with a Greek taverna owner, played by a rumpled and adorable Tom Conti with an over-the-top accent and mustache.  When the affair ends, she decides to stay on and takes a job as a waitress at the taverna, where she teaches tourists how to enjoy the local food.

After a series of phone calls from her increasingly desperate husband, Joe packs his bag and heads for Greece to bring Shirley home. 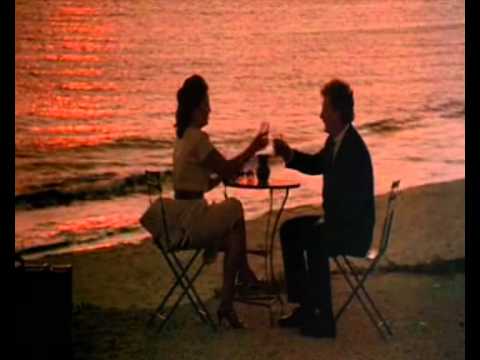 In the final scene of the film, Joe arrives at sunset.  Shirley is waiting for him on the beach, but he walks right past her without recognizing the lovely, tanned woman sitting at the table for two.

Suddenly, he stops, turns round, walks back and sits down across from her.