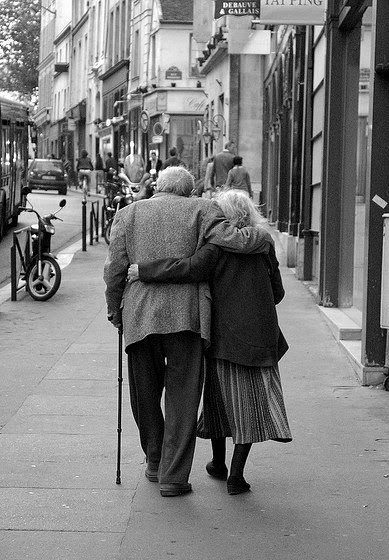 And, yet, the things you look forward to sharing with her, the things that keep you running back again and again, never really change.  It’s like the intimacy shared by two old lovers who still can’t get enough of each other. 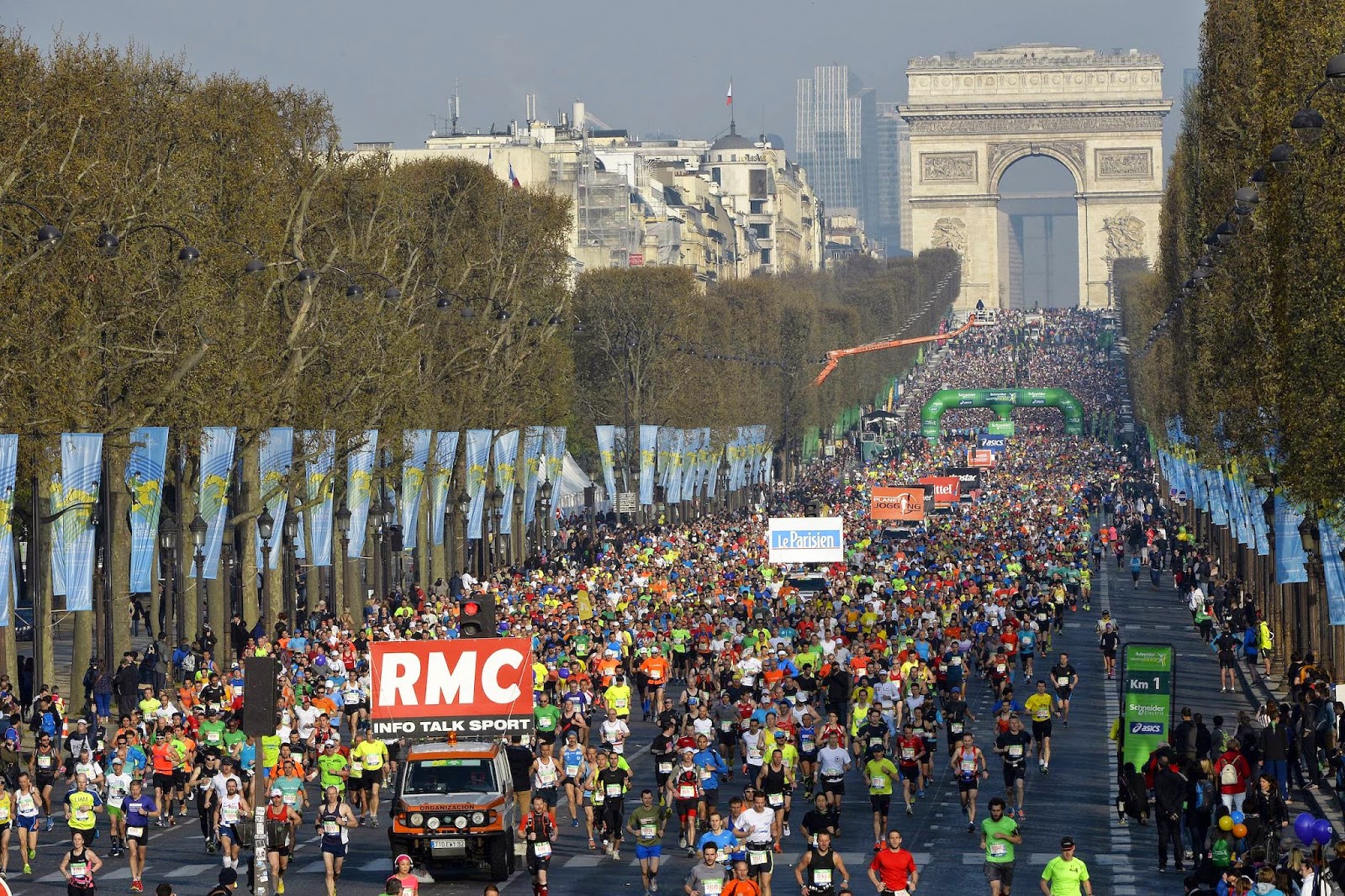 As I mentioned in my previous Post, we were in Paris to cheer on a friend from Germany, a retired surgeon and avid marathoner, who was running in the Paris Marathon.  She ran a great race and was delighted with her time, a personal best.  Now it was our time to show Christina and husband Michael around the City I have loved since childhood and my husband fell in love with almost 40 years ago on our honeymoon. 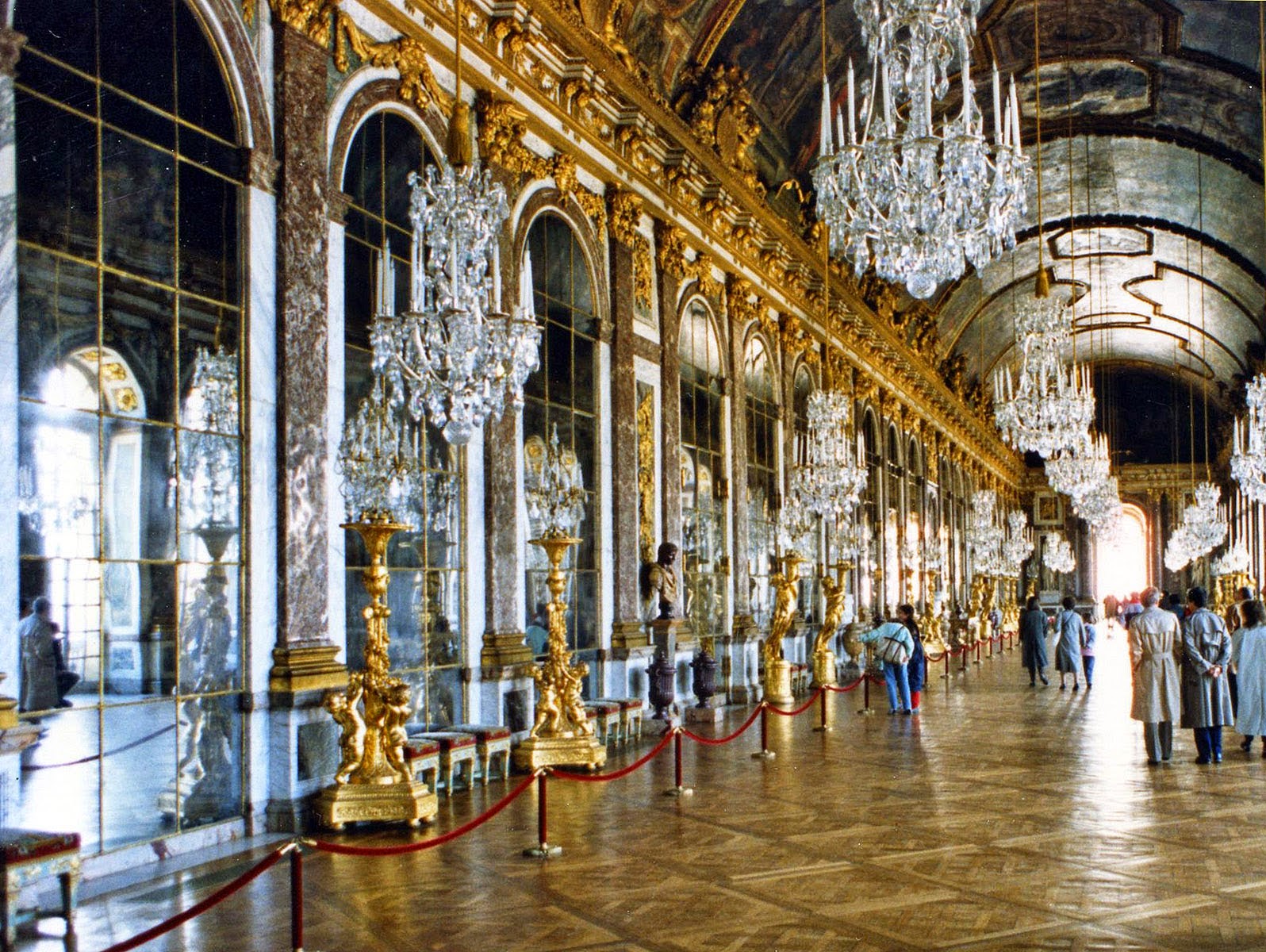 We went to Versailles, the Musée d’Orsay, the Louvre, Les Invalides and climbed the steps to Sacré Coeur, which I hadn’t done in a very long time and was delighted to find I could still do without running out of breath!!  Of course, I didn’t run up them, à la Rocky, I took my time and enjoyed the view on the way up.  Besides, he only had 72 steps to run up, while Sacré Coeur has 300!


How wonderful it was to see sights you know so well through the eyes of those seeing them for the first time.

Because of the beautiful spring weather, I finally got a chance to wander around the magnificent gardens of Versailles again and just drink it all in.


We stopped for afternoon tea and macarons at Ladurée on the Champs-Elysées. 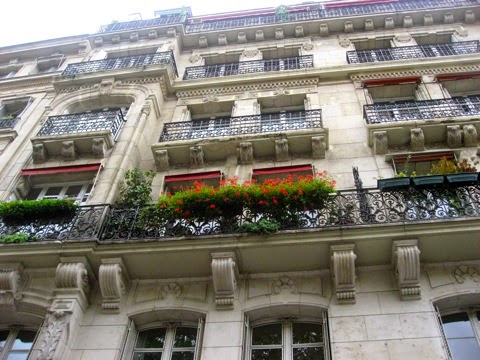 Although I no longer have family in Paris, I do have many dear friends, and an invitation to dinner at Jacqueline’s and Claude’s beautiful Haussmannian apartment near the Ecole Militaire is always special.  And, on this occasion, a surprise guest, a dear friend whom I had not seen in almost 15 years, made it even more special.  As you might expect, there were tears of joy, much laughter, and a lot of catching up to do.  Comme d’habitude, the discussion over a delicious dinner and fabulous wine, supplied by my oenophile husband, took the usual twists and turns – food, wine, politics, sex, everything but money, which is the only subject banished from the French table.

There’s a gorgeous view of the Eifel Tower from their kitchen window.  A view like that could really take the sting out of doing the dishes, n’est-ce pas?   It was a wonderful evening that lasted well into the small hours of the next morning, also comme d’habitude.

Based in Paris, my friend, Sylvie, flies all over the world for Air France.  Luckily, we were able to catch up with her for apéritifs before her next flight. 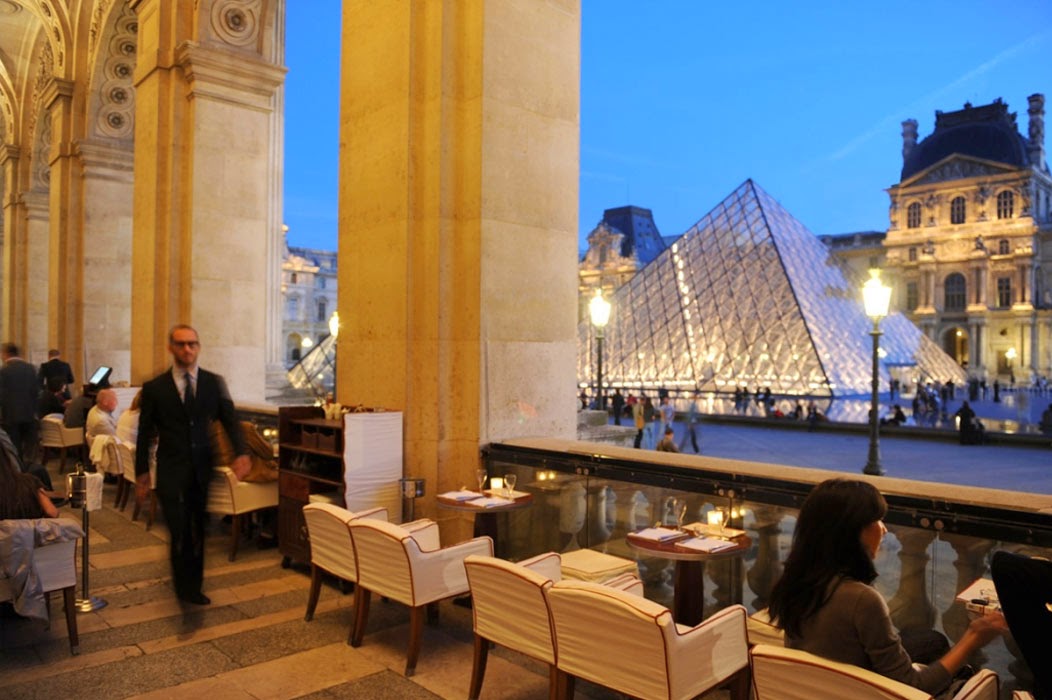 We met at the Café Marly, which overlooks the Cour Napoléon of the Louvre.  It’s one of the most beautiful spots in Paris for cocktails, particularly as the sun begins to set, glinting off the glass of the famous I M Pei Pyramid.  I had my usual Kir, and Sylvie, you will be relieved to know, had only a Badoit, since she would be on duty in a few hours.

Sylvie and I go back almost 30 years.  I met her when she was an au pair in New Jersey, and, despite the difference in our ages, we clicked immediately.   I have watched this lovely young girl grow into an even lovelier woman, who embodies all the grace, style and charm of the true Parisienne.  No matter how long it’s been between visits, each time we are together we just pick up the thread of our friendship right where we left it.


After Christina and Michael returned to Munich, we still had a few days left in Paris.  As much as we love sharing Paris, we do love having her all to ourselves.  So, off we went to the opera. 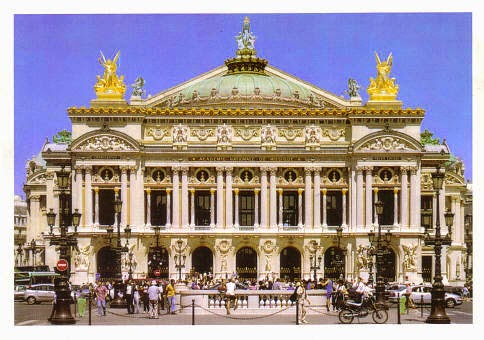 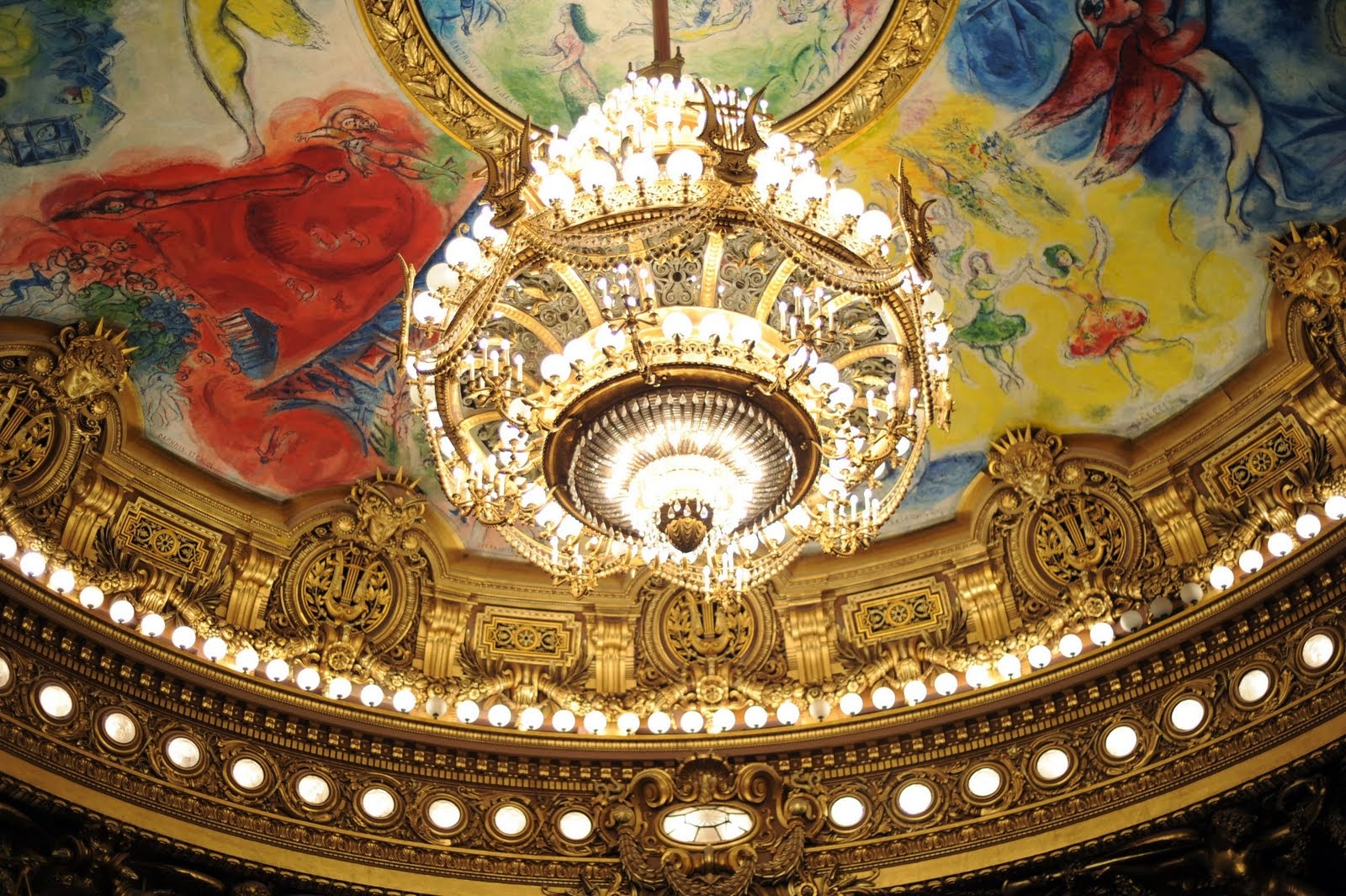 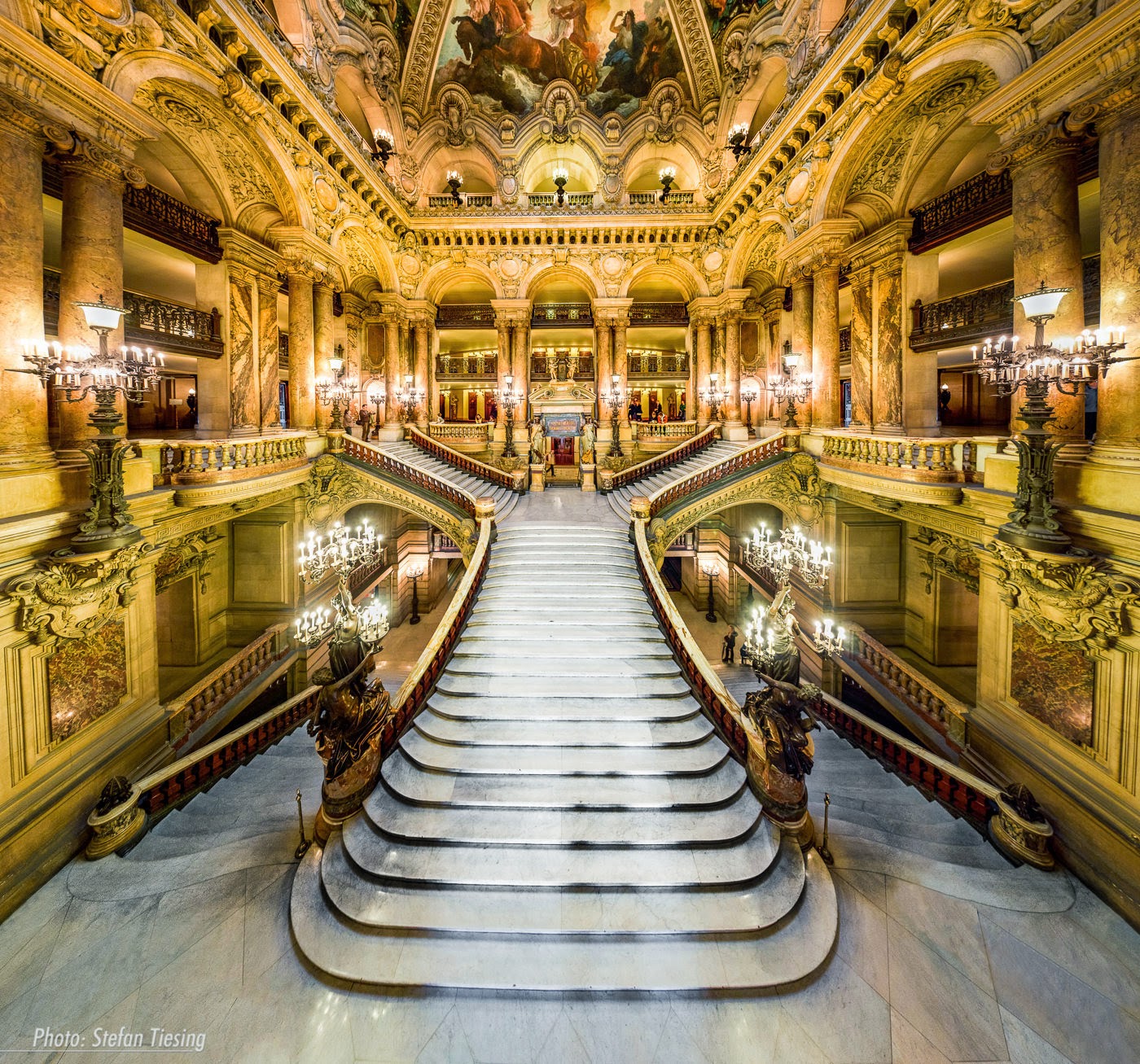 And no matter how well dressed I was when I attended operas there in the past, walking up that grand staircase always made me feel like a scullery maid. 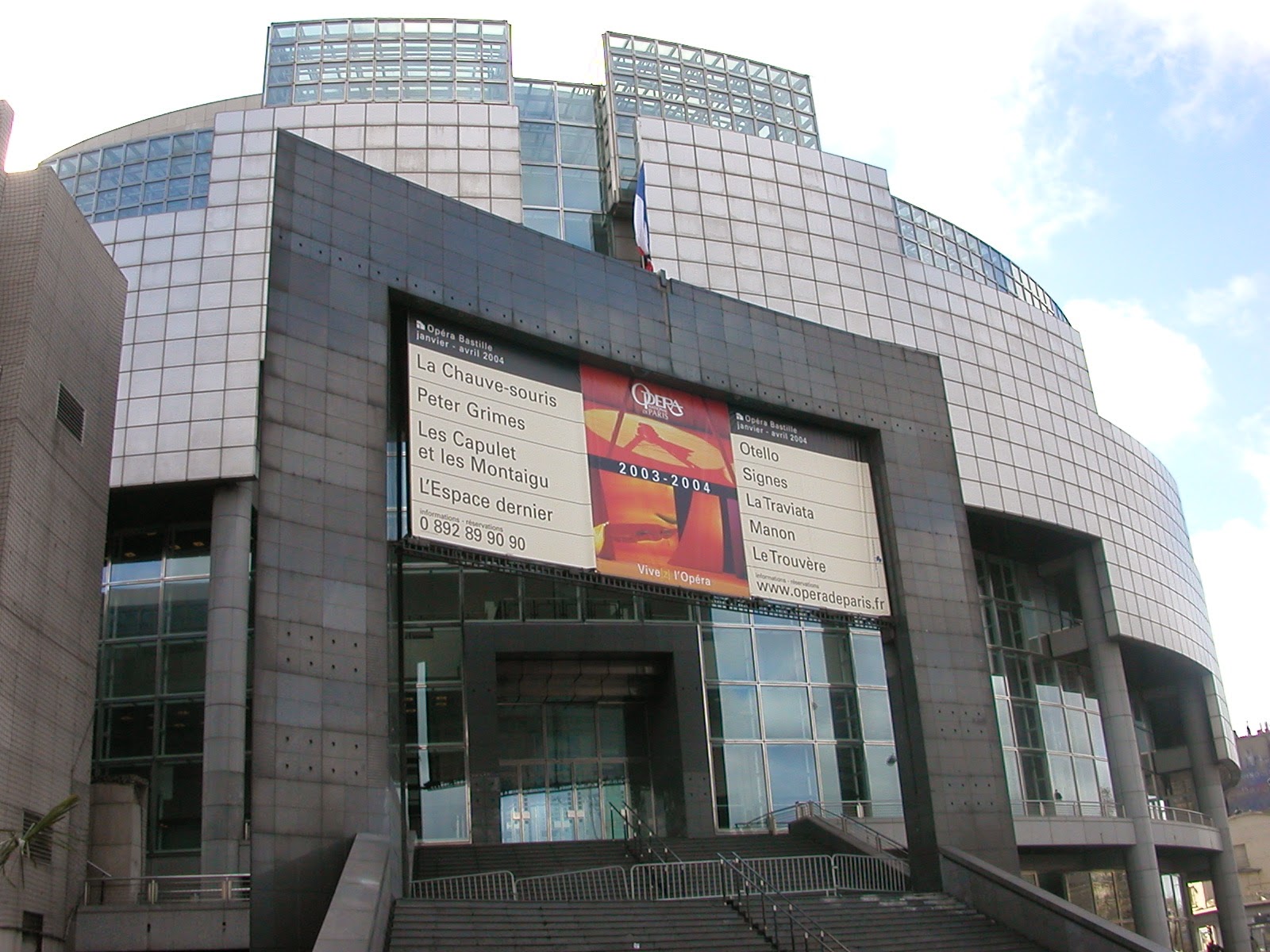 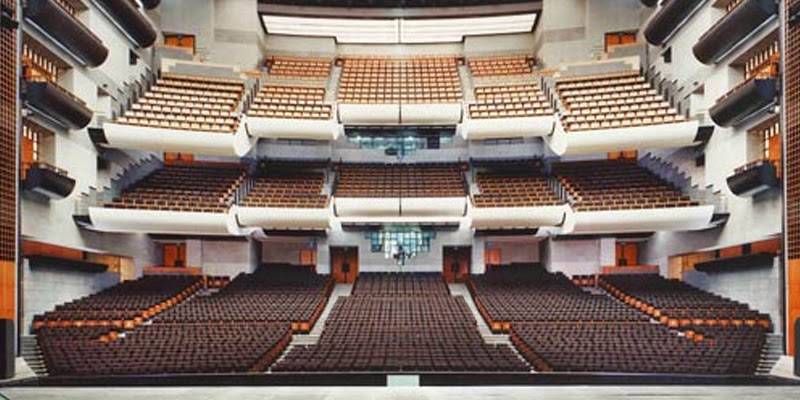 However, what it lacks in opulence, it makes up for in excellent acoustics and unobstructed sight lines.  The sound is bright and carries beautifully in this 3,300-seat theater.


The story is a rather straightforward tale of good versus evil, which is true of most operas. Generally, the higher the voice, the more angelic the character.  The formula usually works something like this:

Tenor – Good (ends up getting the Soprano, unless one or both of them end up dead);


Soprano – Good (ends up getting the Tenor, unless she and/or the Tenor end up dead);


Mezzo-soprano – Evil (generally there to cause trouble for the Soprano, often gets the best arias, ends up with no one, but does not usually end up dead).


In “The Magic Flute,” however, Mozart stands the whole formula on its head.  The opera begins with the Queen of the Night, a Coloratura Soprano (the highest of the high), pleading with the Tenor (Tamino) to rescue her kidnapped daughter (Pamina) from the clutches of her evil father, the Queen’s Ex, Sarastro, a Bass (the lowest of the low).  Not much persuasion is needed the moment Tamino sees a picture of the lovely Pamina.  He falls madly in love and vows to move heaven and earth to rescue her from the clutches of evil.  Pretty standard operatic stuff so far, n’est-ce pas?


Except………about half-way through the opera we start to wonder just how good the Queen of the Night really is, and just how evil Sarastro is.


Suddenly, the Queen of the Night shows her true colors in a show-stopping aria (one of two, actually) with such stratospheric high notes that very few sopranos even attempt it.


Here, the magnificent Diana Damrau, one of my favorites, struts her vocal stuff as she hands her daughter a knife and commands her to kill her father.  This has to be the mother of all guilt trips ever laid on a daughter.  Enjoy! 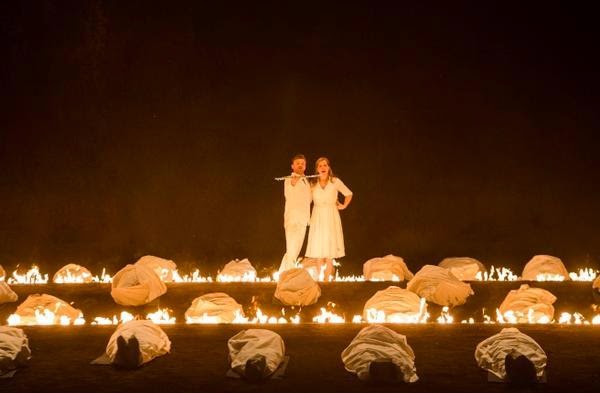 In the end, the lovers are united after passing through dangerous trials by fire and water (that magic flute comes in very handy here), Sarastro, who turns out to be the good guy, welcomes them into the community of light and good and vanquishes the evil Queen of the Night forever.  A happy ending, with good vanquishing evil.  Except………..


Modern artistic sensibilities seem uncomfortable with the whole concept of good and evil – good is never really all that good, and evil is just……..well……..misunderstood.


So, the Director of this production of the opera decided to rewrite Mozart’s ending.  The Queen of the Night appears to have been in on the whole thing from the beginning, and together, both she and Sarastro welcome the young couple into the community of light and good.  I guess she was just…..well…….misunderstood all along by the composer who created her.


I didn’t totally buy the revised ending ("Can we please stop messing with Mozart?!) but, at least, the message I always take away from this allegorical opera remained intact:  “Nothing worth having is easily won.”
Posted by Marie-Thérèse at 1:12 PM