Shut Up and Text!

There’s no getting around it – we women love to complain.  It’s in our genes.  But, when I started blogging, I decided that I would do my best to avoid it, or, at least, serve it up with a dash of humor and/or a reasonable solution.


So, here goes.  I’m about to complain and perhaps do a bit of a rant.  Don’t say you haven’t been warned. 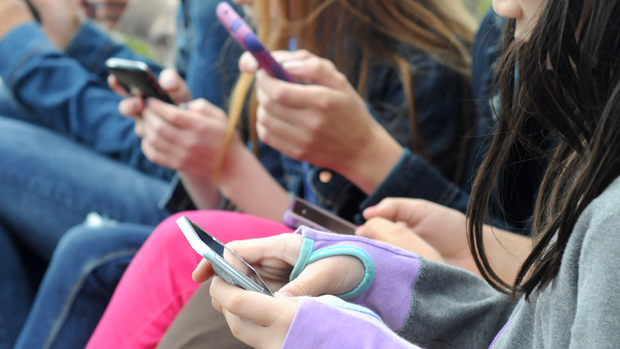 Recently, we were at the opera for a wonderful performance of Don Giovanni.  The Metropolitan Opera is one of the few public places you can go and NOT be annoyed by the ringing of cell phones.  While there may be the occasional slip up during the opera, most of the audience is very respectful of the “please turn off your cell phones” rule clearly stated on signs as you enter the auditorium and in every program.  At intermission, however, every head is bent over I-phones while fingers busily send and receive texts.


I prefer to spend intermission actually talking (what a concept!!) to friends, one of whom made the following remark:  “You know, I don’t think I’ve seen my grandson’s face in years.  I’m not sure I would even recognize him in a crowd.  All I ever see is the top of his head.”  We all laughed.


Nothing gives me greater pleasure than seeing young, well-dressed people at the opera, and standing near us were two beautiful young girls equally beautifully dressed.  “Aren’t they lovely,” I said to my husband.  No sooner had I uttered those words, than the spell was broken.  Looking up from their cell phones, they began to speak to each other, and the sound of their voices made us both cringe.


O.K., here’s where the complaint, dare I say, rant comes in.  What has happened to the voices of young women?  It started with the Valley Girl phenomenon, which we all took as a joke, but seems to have embedded itself into the female voice pattern.  They sound like munchkins on speed – high-pitched, nasal, syllables all run together and that annoying rising inflection at the end of every sentence, which makes them sound tentative and unsure of themselves.


“Can you imagine spending the rest of your married life listening to that?” my husband said.  “And that’s their happy voice.  Wait ‘til they scream at you to take out the trash.”


But, wait, just when you thought it couldn’t get any worse…………they’ve added a new and equally annoying vocal quirk to their speech pattern – the vocal fry.


Have you had enough?  I know I have.  But….I did say that I would temper my complaint/rant by offering up a reasonable solution, and here it is:


I never thought I’d hear myself say this, but “Girls, do me a favor; just shut up and text.”
Posted by Marie-Thérèse at 5:43 PM