Calgon, Take Me Away!! 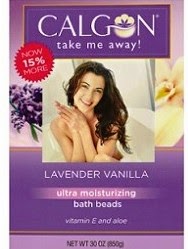 Do you remember those wonderful "Calgon, Take Me Away!" commercials from the 70's and 80's?


The build up to my Calgon moment actually started the previous week.  My usually reliable computer was doing some very peculiar things.  Had it picked up a virus somewhere?  Was it just getting old?  So, after struggling with it for a few days, I called in an expert.  The good news was that it did NOT have a virus; the bad news was that it would have to go in for tests.  Two days later, the diagnosis was in. 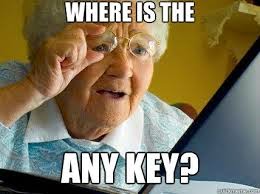 My computer was too old to function properly any more.  It was suffering from maxed-out memory (“I have days like that.”), resulting in intermittent brain freeze (“Ditto”).  “It’s only five years old.  Can’t you just upload more memory?” I asked naively.  “Sorry, you don’t have enough gigabytes” was the reply.  Hmmm.  So, it all came down to gigabytes, and I was flat out of them.  O.K. – out with the old; in with the new.   In the meantime, I had to function in the good old/bad old, pre-digital days when there was no online banking, no emailing and no blogging (yikes!).

A few days later, my new, young buck arrived.   I must admit that I almost went weak at the knees in the presence of his massive, glistening gigabytes, but there was work to be done and no time to lose.  I was waaaay behind on everything.

There's always a frustrating, often irritating, learning curve with any new computer, even when it's the same brand.  Every new model is just different enough to drive you crazy until you figure out how to do what you used to do in a new way.

I was in the throes of that technological struggle, when my cleaning girls arrived, right on schedule.  We live in the lovely town of Haddonfield in a four-story townhouse with an elevator.  I rarely use it, since I’m claustrophobic, but Cheryl and Diana like to use it, rather than lug the vacuum cleaner and supplies up and down the stairs.   So, Diana hopped in, as usual, closed the outer door and the inner gate and pushed the button for the third floor.  I heard the elevator stop right outside my office, and then --- nothing.  Finally, there was a timid knock on the door.  "Hello?  Hello?  I can't open the door.  Help!!"

The elevator had overshot its mark, got stuck, and the door would not open.  I ran around checking circuit breakers,  pushing buttons and inspecting the elevator housing on the fourth floor, as if I actually knew what I was looking for (I didn't).

Diana was getting more and more anxious.  We had to get her out before she had a full-blown panic attack.  “Do you drink, Diana?” I asked.  “Yes,” she replied.  “Well, just think about that big drink you’re going to have when we get you out.” 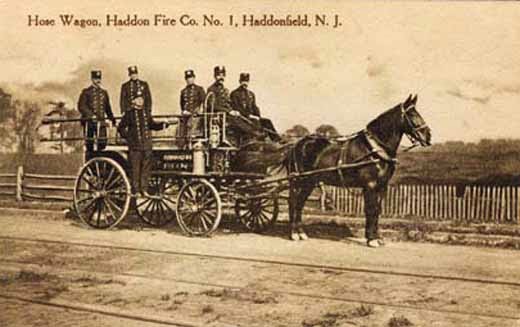 I didn’t know what else to do, so I called the Fire Department down the street and told them my cleaning lady was stuck in my elevator.  They arrived in a matter of minutes – fire truck, ambulance, police car, sirens all blazing, and six firemen in full gear.   We live in a very quiet community, so the neighbors began to gather outside to see what all the commotion was about.


O.K., is it just me, but there must be a section on the firefighter application that says that only the drop-dead gorgeous need apply.  One by one they filed into my house, each one cuter than the last.   Two thoughts immediately came to mind:  1) I wish my two 30-something, single goddaughters were here to see this; and 2) Was my donation sufficiently generous this year?   (They’re all volunteers.).

Tall, dark and handsome headed downstairs to check the circuit breakers, while the rest headed up to the third floor.  After talking to Diana through the door and determining that she was fine, they then discussed the best way to get the door open.  I kept praying they didn’t have to take an axe to it.  The young fellow who had gone downstairs to check the circuit breakers arrived and announced that no breakers had been tripped (I already knew that.), took a look at the door and pointed to a metal plate at the top.  “Does anyone have a screw driver?” he asked.   They had axes and all manner of equipment hanging off their belts, but had to root around in their pockets for a screwdriver.

“Wait,” the young man said, “I have one.”   He removed the two screws, then the plate, slipped the screwdriver between the two exposed magnets, popped them apart and voilà the door opened like a charm.   “Next time, take the stairs,” he said with a big grin on his handsome face.   Diana took one look at him and giggled like a school girl.


After they left, we all three sat down over a glass of wine.  All they wanted to talk about were the gorgeous firemen.  Frankly, I wasn't surprised.  There's just something about a man in a uniform, particularly one who can rescue you from danger.

When my Mother was living at St. Mary’s Catholic Home, the Cherry Hill Fire Department would come periodically for inspections.  The female population, young and old, staff and residents, would be all atwitter with excitement.  Rows of elderly ladies in wheelchairs lined the halls waiting for the young firefighters to arrive.  The men always took time to chat and flirt with them.  It would be the talk of St. Mary’s for weeks on end.  It was, in fact, that very same Fire Department who had saved our first house from burning to the ground some 35 years ago.  Believe me, it’s quite a feeling to see a fireman take an ax to the wall of your house and flames shoot out of it.  Suddenly, you become very aware of what’s important and what is not.  It’s quite the reality check.


Whether rescuing cleaning ladies from stuck elevators or frightened kittens from trees, you can always count on the men of your local Fire Department to rescue you from those really scary “Calgon, take me away!” moments; although…..you might want to have your own screwdriver handy….just in case.

Posted by Marie-Thérèse at 1:31 PM