I inherited my Mother’s gap between her two front teeth.  If you look closely at this picture you can just make it out.  I think this may be the last time I smiled with my mouth open until I got my braces off at the age of 14.  At my junior high school in the 1960s, orthodontic braces were “the” de rigueur fashion accessory.    Almost all my classmates wore them to correct gaps, crooked teeth, overbites and underbites.   In those days, it wasn’t unusual for a kid to wear braces for years at a time.  In fact, some wore them so long that nobody recognized them when they finally came off.  Is that you, Billy?  Wow!  I didn’t recognize you without a mouth full of metal.  I was lucky; I only had to wear them for nine months ----- the longest nine months of my life! 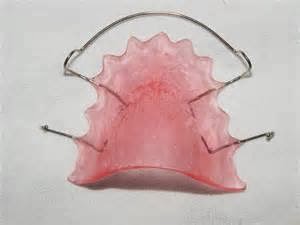 If I close my eyes, I can still see rows and rows of pink plastic retainers sitting on grey plastic trays in the school cafeteria at lunchtime.  You popped the retainers out to eat and popped them back in again afterwards.   At the end of every lunch period, about a third of them got dumped into the trash bins along with the remnants of lunch.   I’ve always suspected that the cafeteria ladies ran a black market business in pink retainers from the back of the kitchen.  Believe me, those things weren’t cheap, especially if you ran through several sets of them, but they represented the final, rosy phase in the quest for perfectly straight teeth.  They were worn to fine tune everything after those instruments of torture, the metal braces, were removed.  Hallelujah!!!


The quest for perfect teeth started when we saw those glamorous Hollywood Stars up there on the silver screen, all of whom had perfect teeth, but most of whom had started out looking just like the rest of us with less-than-perfect teeth. 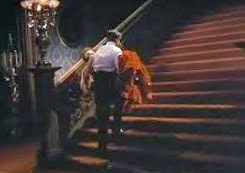 Yes, I know, it’s a bit of a romantic downer to think that the man who scooped Scarlett up in his arms and carried her up those long, red stairs, put his teeth in a glass by the bed every night.   But, the “real” Rhett Butler, had he existed in the 1860s, would probably not have had perfect pearly whites either.  The truth is that most people well into my parents’ generation outlived their teeth by many decades.


Dentistry for the average John and Jane Doe may still have been pretty basic back then, but cosmetic dentistry was already beginning to flourish in Hollywood.   In the 1930s, Charles Pincus, dentist to the Stars, invented the first porcelain dental veneers.  Held in place by denture adhesive, they had a short shelf life and were constantly falling out, but, no matter, the age of the Hollywood megawatt smile was born.

﻿
Not every Hollywood Star was seduced by the lure of the Hollywood smile, however.  The beautiful Lauren Bacall flatly refused to let the studio correct her uneven teeth with veneers.  Bogie’s Baby, as she came to be known after marrying Hollywood Icon, Humphrey Bogart, 25 years her senior, was clearly no pushover.   Brava, Betty.

And then, of course, there was the gorgeous Gene Tierney, with that sexy overbite that drove men wild.   Thank God she didn’t let Hollywood “fix” that!

﻿
By the 1950s, every woman in Hollywood had juicy red lips and perfect teeth.  For me, the Lady who epitomized the era was the beautifully wholesome Esther Williams.   A record-setting swimmer, her dream to compete in the 1940 Summer Olympics was thwarted by the outbreak of World War II, so she joined an Aqua show and was spotted by a Hollywood talent scout.  With that face and that body, it’s no wonder she became America’s favorite mermaid.


Just take a look at Esther in action in “The Princess Mermaid.”


By today’s dental standards, Natalie Wood’s teeth would have been considered too small and spaced too far apart, but, to me, she was absolute perfection in every way.  I adored her.  She was the all-American dream girl that every boy dreamed would move in next door.   She was real, yet slightly exotic.  Men wanted to make love to her and women wanted to mother her.  The news of the premature death of this stunning Star hit us all very hard.   She is still greatly missed.

When Lauren Hutton burst onto the modeling scene with her signature gap, I was thrilled and began to think that maybe I had been a little too hasty in closing mine.  But then, I am no super model.  Like Lauren Bacall before her, modeling agencies either wanted to “fix” her or refused to hire her outright.  For a time she plugged her gap with a bit of mortician’s wax, then went to a removable cap, which would either fall out or get swallowed.  But, eventually, that famous Hutton gap became her calling card.

And I’m still a fan of the woman and the gap.
Posted by Marie-Thérèse at 1:30 PM