Well….what can I say?  After all your lovely comments and e-mails following my decision to retire The French Touch Blog, the only sensible thing to do was to retire my retirement.

The truth is, not only did I miss you, but I missed the joy of sharing with you.  So, let’s just call my brief retirement a winter sabbatical and move on, n’est-ce pas?


2013 was a year of highs and lows (sadly more of the latter), and I bid it adieu with a sigh of relief.


The Metropolitan Opera revived the tradition of ringing out the old year and ringing in the new with a brand new production of Johann Strauss, Jr.’s much loved operetta, Die Fledermaus (translation: The Bat).


Don’t let the term “operetta” fool you.  The vocal demands on the singers are every bit as great as grand opera, particularly for the soprano, Rosalinda, whose show-stopper aria in the second Act, as a mysterious Hungarian Countess in disguise, is a veritable vocal tour de force.


The clever dialogue, in English, is given a contemporary coat of paint in this version, leading to lots of laugh-out-loud moments.  And the sumptuous turn-of-the century costumes and lavish production make this delightful Viennese romp sparkle like the champagne that flows so freely at Prince Orlofsky’s Party in Act 2. 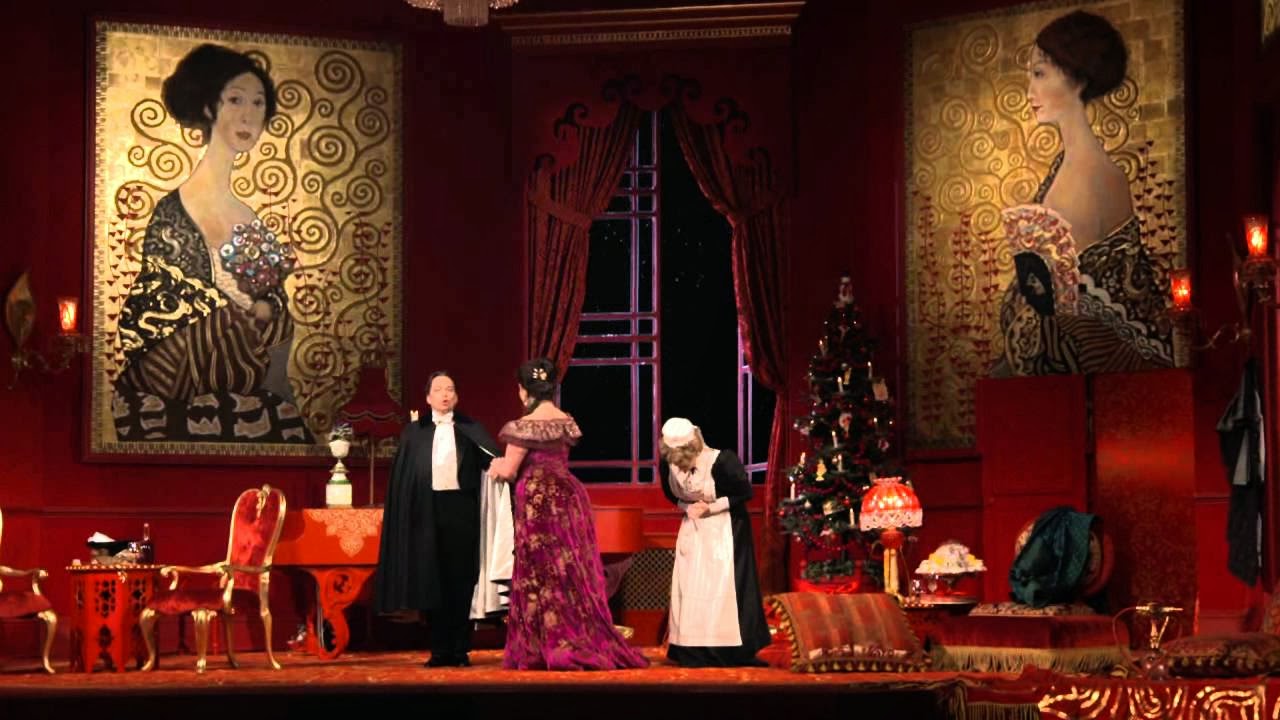 The whole thing, a delicious bedroom farce set to gorgeous music, starts off in the drawing room of Herr Eisenstein and his wife, Rosalinda, a well-to-do Viennese couple, who have become a little bored with each other.  It’s New Year’s Eve and poor Herr Eisenstein must begin an eight-day jail sentence on the stroke of midnight for having slapped a policeman.  Enter Rosalinda’s old lover, Alfred, an Italian tenor whose “big” high “C”s make her weak at the knees, so to speak. 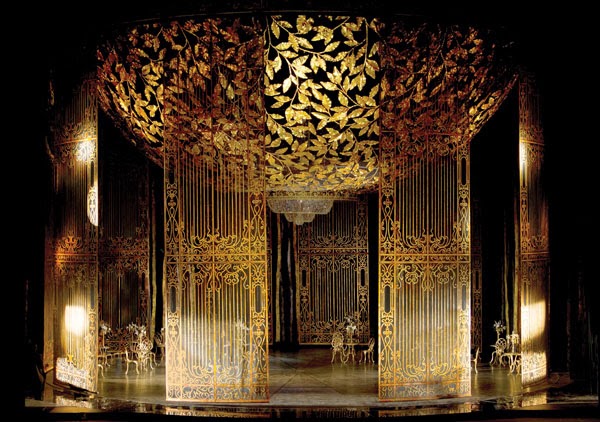 In a case of mistaken identity, (Alfred ends up in Rosalinda’s boudoir wearing Eisenstein’s dressing gown  -- quel scandale!), Alfred is carted off to jail in Eisenstein’s place, leaving everyone else free to attend a fabulous New Year’s Eve party at the palace of the Russian Prince Orlofsky.


Everyone shows up in disguise, including the Eisensteins’ maid, Adele, who has (ahem) “borrowed” one of her Mistress’s ball gowns for the occasion. 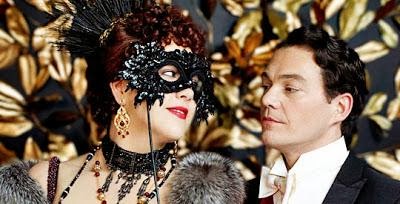 Eisenstein tries to seduce his own wife, who he thinks is a Hungarian Countess, everyone pretends to be someone he/she is not, leading to hilarious complications, and the mystery of “the Bat” is revealed to be an elaborate practical joke that backfires on the perpetrator.


In the end, mysteries are unraveled, love triumphs and the perpetually bored Prince Orlofsky finally has a jolly good laugh.


Here are a few highlights I know you will enjoy.  I don’t know about you, but I can’t think of a better way to start the New Year than by sipping champagne to the lilting strains of a Viennese waltz, can you? 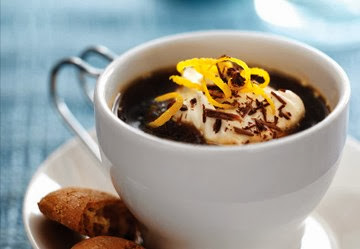 
And, of course, the morning after a night of Viennese waltzes and French champagne calls for some coffee fit for an Austrian Empress.


Named after the beloved Austrian Empress Maria Theresa, the Empress and I not only share the same name, but a love of the finer things in life.  This luscious coffee will not only take the chill out of a cold New Year’s morning, but will get your New Year off to a delicious start.


Fill your cup with hot water and set it aside for a minute; this will preheat the cup. Remove the water and combine the liqueur and sugar in the cup. Stir until the sugar dissolves. Add the coffee and top off with a dollop of whipped cream. Garnish with orange zest and chocolate shavings if desired. Enjoy!


Happy New Year to all my lovely Readers.  It’s good to be back.
Posted by Marie-Thérèse at 12:34 AM