Do you know the legend of the Christmas Candy Cane?  No?


Well, legend has it that, many years ago, a candy maker wanted to make a candy that would symbolize the true meaning of Christmas – Jesus.  So, he took a piece of white hard candy and shaped it into a “J.”  The white signified Jesus’ purity, and the red stripes he added were the blood that Jesus shed to save mankind from his sins. 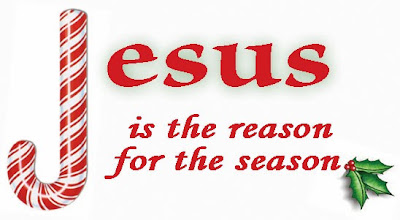 Whether true or simply part of the many myths of the Christmas season, it has become an inspirational story for Christians, and a reminder what it is we are truly celebrating – the birth of our Savior. 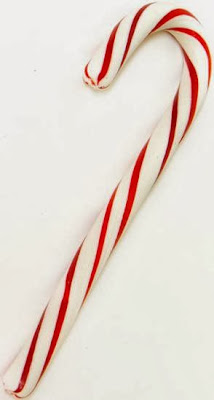 Whoever he was and whatever his reason, we owe a debt of gratitude to the man who fashioned the first Candy Cane.  In fact, what would we do without this beloved symbol of the Christmas season?   Just looking at a Candy Cane brings a smile to the faces of young and old alike. 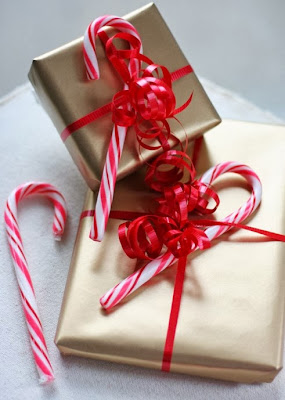 We decorate our houses, our trees and our gifts with them.

﻿
﻿
They even make a festive appearance at our Holiday Cocktail Parties.

Snopes, the website devoted to separating fact from fiction, has this to say about the legend of the Christmas Candy Cane:  “This is charming folklore at best, and though there's nothing wrong with finding (and celebrating) symbolism where there wasn't any before, the story of the candy cane's origins is, like Santa Claus, a myth and not a ‘true story.’"


I may be willing to concede the point on the Candy Cane, but Santa Claus?  A myth?  I beg to differ with Snopes et al.  Santa is as real as you and I, and I have that on the highest, most reliable, of authorities – Mrs. Claus. 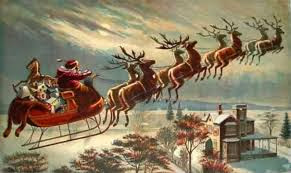 Every Christmas Eve, Mrs. Claus sends Santa off with a big kiss as he and his team of flying reindeer set off on their very special journey.   After delivering toys to all the good little boys and girls, they arrive home exhausted but delighted that they have, once again, brought joy to millions of children. 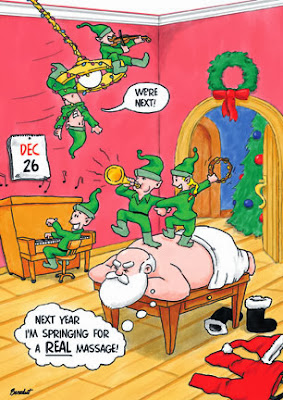 Mrs. Claus makes sure Santa gets a well-deserved massage… 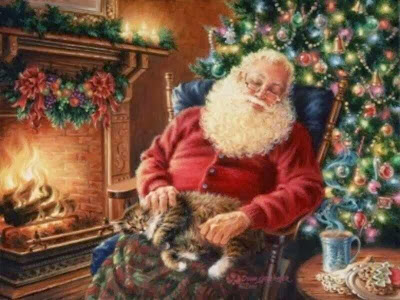 And then a cozy catnap by a warm fire with his favorite tabby, Bella, on his lap.

And, of course, no festive Christmas dinner would be complete without Santa’s favorite dessert -- a sumptuous bûche de Noël.


Now, you might think that Santa would be ready for another doze by the fire after such a delicious feast, but Mrs. Claus has other ideas.  “After all,” as she put it to me, “Santa may belong to the world the rest of the year, but on Christmas Day, he’s all mine.”


Mrs. Claus loves to go dancing, and, believe it or not, for all his size, Mr. Claus is very light on his feet.  In fact, I understand that Santa does a mean Samba.


So on Christmas Day, Santa and the stylish Mrs. Claus will be tripping the lights fantastic at their favorite North Pole Boîte until the wee hours of the morning.  Can you keep a secret?  Here’s a sneak peak at the ensemble Mrs. Claus has chosen for the evening; but, remember, it must be our little secret or we’ll all end up on the Naughty List.

Posted by Marie-Thérèse at 2:44 PM