Something for the Girly-Girl and Geekette on Your List

It’s hard to believe, but Thanksgiving is next week (the 28th) and the mad holiday marathon begins the following day.   Americans refer to the day after Thanksgiving as “Black Friday.”  The color refers to what retailers hope will be the color of their bottom lines at the end of the day.  Kicking off the first official day of holiday shopping in the black (rather than in the red) is always a good omen.

﻿ For shoppers like me, who prefer to avoid the savage shopping mobs, Black Friday is the day we hit the computers not the malls to begin our holiday shopping.

No doubt you are all aware by now that the much-ballyhooed and greatly anticipated Isabel Marant collection for H&M came and went in a flash.  The line sold out within hours leaving thousands of fans, who’d waited since spring to get their hands on an original Marant, with nothing to show for their patience.    What happened?


Apparently, H&M underestimated the demand for the line; add to that a celebrity pre-launch sale, where the best pieces were snapped up, and a faulty website that kept crashing (Could these be the same guys who “designed” the Obamacare website?), and you have a recipe for disaster and disgruntled consumers.


Not to worry, Ladies.  I've got a much better idea for the fashion-forward girly-girl on your list.  Like Isabel Marant, my stunning friend, Anne Touraine, is a designer from Paris.  Anne has an impeccable pedigree in fashion, having worked with some of the best, such as Dior. 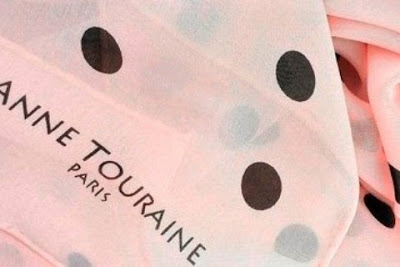 Ten years ago she brought her French flair for style, particularly the art of the scarf, to the US when she left Paris for sunny Florida.  Earlier this year, Anne launched her own line of luxurious silk scarves.  Quite frankly, Ladies, they are magnificent in every detail and, considering the exceptional quality, truly reasonable in price. 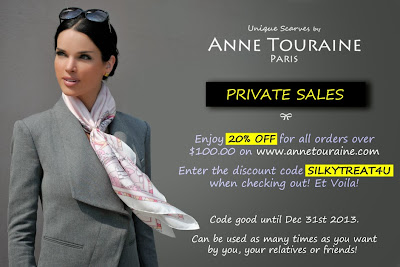 And here’s the best part………..Anne is having her own private VIP sale during the month of December, and YOU are invited.  Just click HERE, and you, too, can feel like a celebrity – no crowds to fight, no balky website to deal with and in just a few clicks, you will come away with.....
An Anne Touraine gift box containing a gorgeous scarf and.... 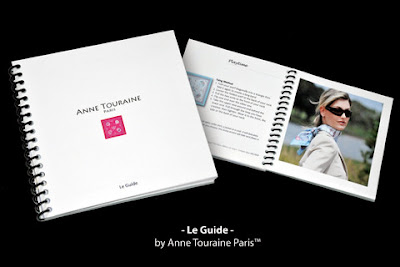 Anne will also include her famous Le Guide, which shows you how to wear a scarf like a parisienne.   You can be sure the fashion-forward girly-girl on your list will be beyond thrilled with this gift.


In fact, I suggest you pick up a little something for yourself while you’re there.  After all, every woman has a little girly-girl inside her, n’est-ce pas?

How about a purse that’s fashionable and functional all in one?  Just slip your Smartphone into the special charging pocket of your Ever Purse, and your phone will always be ready whenever and wherever you are.  And….it comes in an array of colors and fabrics.  Here’s how it works:

Pretty cool, don't you think?  O.K., so, that should be enough to get you started for now.  I've got some more ideas to pass along, but that's for next time. 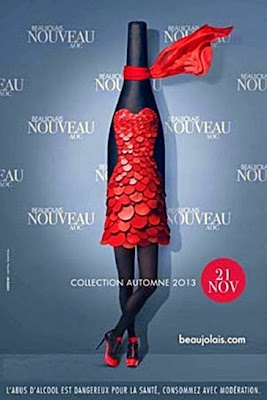 In the meantime, don’t forget that Beaujolais Nouveau arrives tomorrow, the 21st, and hits the United States le lendemain.