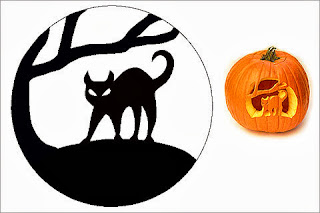 It’s Halloween morning, and all the cats on Sycamore Street are up early putting the finishing touches on their costumes.  Rufus has been up for hours waiting for the man he lives with to get up and feed him, and he’s beginning to run out of patience.  Frankly, if the man didn’t have opposable thumbs allowing him to open tuna cans, he would have kicked him out long ago.

Rufus decides to take matters into his own paws. 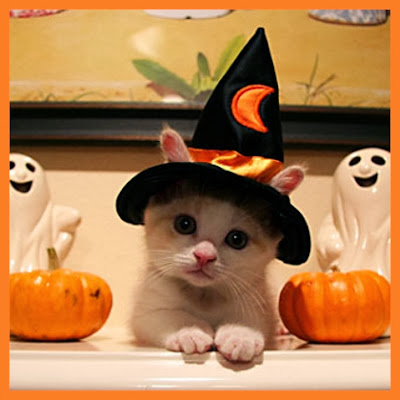 This will be LuLuBelle’s first Halloween.   She’s excited but a little scared, so the older cats in the neighborhood will show her the ropes. 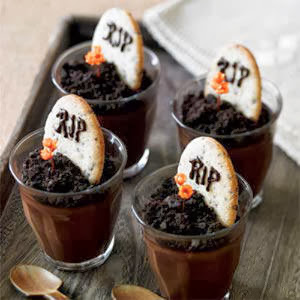 Down the street, Mrs. Huttlemyer has been up for hours making her famous Chocolate Mouse Chip Cookies and Cinnamon Swallow Tarts.  Yummmm!!!  A stop at Mrs. Huttlemyer’s on Halloween is absolutely de rigueur for every cat on Sycamore Street. 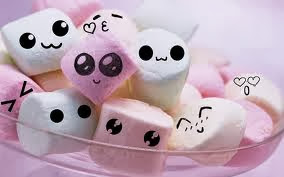 At the end of the street lives Dr. Crabapple, the Vet, who is to be avoided at all costs, especially on Halloween.  He stuffs slimy hairball medicine into marshmallows with happy faces hoping nobody will notice.  They do. 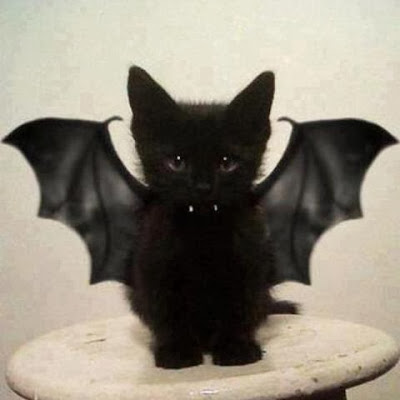 Rufus’s next door neighbor, Vincent, is trying out his new costume.   He’s been practicing and practicing, but still can’t quite get the hang of flying.  So, he’ll just have to hide in the bushes again this year and jump out and scare people.  Last year, he scared two little kids so much they fell off their bikes.   Yep!  A two-for!  Vincent was quite the Halloween legend last year among the Sycamore Street cats. 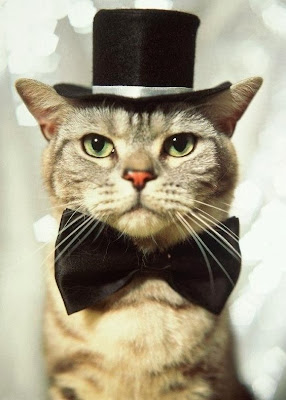 Of course, Maximilian, the rich cat down the block, never bothers with a costume.  Maximilian needs no tricks to get his treats.  He just puts on his best top hat and tie and goes from house to house charming all the ladies with his impeccable table manners.  This year, Maximilian has his heart set on winning the affections of the lovely Desirée. 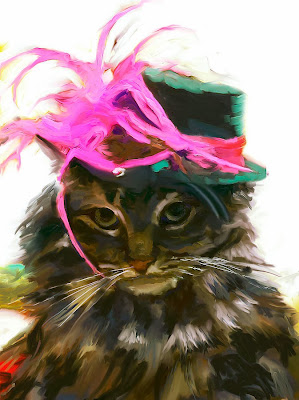 Desirée moved to Sycamore Street a few weeks ago and has already driven the male cats wild with desire.  The female cats desire nothing less than to scratch her tawny eyes out.  Desirée will clearly need someone to protect her as she trick-or-treats tonight.  Sounds like a job for the suave and debonair Maximilian, n’est-ce pas?


And then there’s the infamous Veronica. 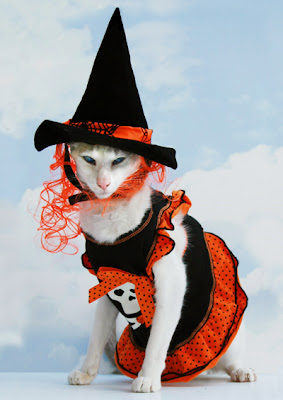 It is rumored that every year after she and her brother, Gunther, return home from trick-or-treating, she turns him into a toad so she can eat his treats.  Just another Sycamore Street urban legend?  Nobody knows for sure, but Gunther always seems to have a frog in his throat the day after Halloween.  Hmmm. 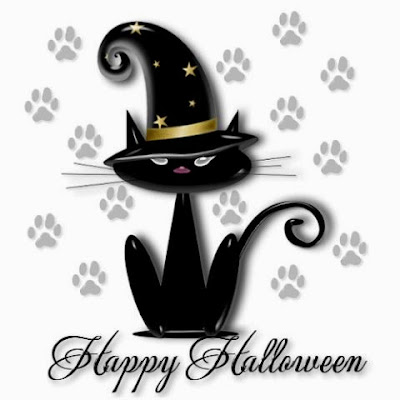