Just got back from a fabulous Blogger Break spent with gods, demigods, giants, dragons, dwarves, flying horses, magic swords and water nymphs.  Who knew you could find all that in Seattle, Washington?

Yes, dear Readers, you can fnd all that and more at the Seattle Opera's McCaw Hall.  And during 16 hours of thrilling music over four nights, you can take an incredible journey with these mythical creatures in Richard Wagner's masterpiece Der Ring des Nibelungen (The Ring of the Nibelung).  Prepare yourself for lust, anger, love and hate, adultery and incest, murder, death and destruction, and a wronged woman's final revenge.  You'll neve have so much fun!!


The “Ring Cycle,” a series of four operas, is a monumental undertaking for any opera company.   Few ever attempt it.  It takes years to produce something this massive from conception, staging and costumes to opening night.  And then, there are the singers………….at any given time in history, there are only a handful of singers in the entire world capable of producing a sound big enough to fill an opera house, cut through a 110-piece orchestra blasting away, and do it for five to six hours at a clip without electronic amplification.  These are not Broadway Babies.  The vocal and physical stamina required to do all this is staggering. 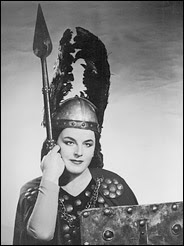 The magnificent Swedish soprano, Birgit Nilsson (1918–2005), was the reigning Brünnhilde for decades.  No one I have heard since can come close to producing her glorious sound.  She could caress you with a tender tone one minute and knock you back in your seat with the power of a mighty Valkyrie in full battle cry the next.

She was also known for her delightful sense of humor.  When asked once what advice she would give to young singers preparing for these long Wagner roles, she replied, “Wear comfortable shoes.” 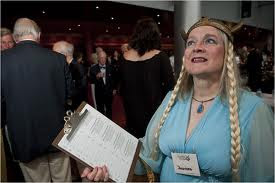 Among opera goers, the Wagner groupies who are willing to fly anywhere in the world to attend a “Ring Cycle” are affectionately known as Ring Nuts.  They are the Trekkies of the opera world.  You’ll see them wandering around the auditoriums wearing their own horned helmets, which they politely remove during the performance.  While I do not have my own helmet, I do number my husband and myself among the hard core Ring Nuts.  We’ll go anywhere for a “Ring,” and by my count, this makes 15. 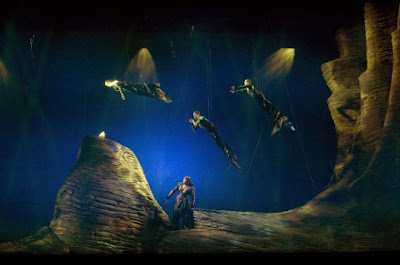 The first opera of the “Ring Cycle” (Das Rheingold) starts off in the Rhine River (yes, that’s right………IN it), where we find the three beautiful Rhine Maidens frolicking about in the water as they guard their father’s Gold.  An ugly dwarf named Alberich, who is smitten by their charms, tries to catch one of the water nymphs, but Rhine Maidens are very slippery when wet.  So, the furious Alberich renounces love and steals the Sisters’ gold, which sets everything in motion.  At the end of the fourth opera, 16 hours later, we find ourselves right back where we started……….IN the Rhine River with the frolicking Rhine Maidens whose gold has been restored to them.  I kid you not!  But what a journey it’s been!


In this production of Das Rheingold each Rhine Maiden is suspended on two cables attached to a harness on either side of her hips, while two unseen technicians high above her work to create the effect of swimming.  Not only are these water nymphs required to sing incredibly difficult music (it is, after all, Wagner, my Dears), but they are in perpetual motion, executing mid-air somersaults and constantly flipping their flippers back and forth in unison with undulating arms.  The three singers who perform the roles went through months of physical training to accomplish these mid-air acrobatics, and the effect is truly spectacular. 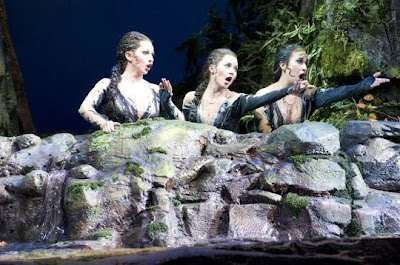 Here the Rhine Maidens come up for air to plead with the hero Siegfried to return their gold, now in the form of a golden ring. 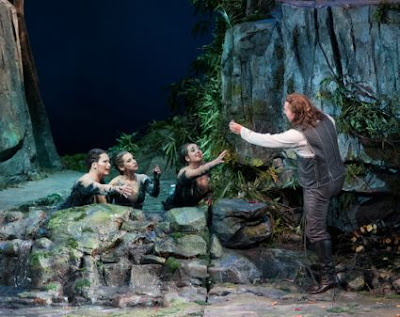 Having slain a dragon to obtain it, he refuses to return it.  Unfortunately for our intrepid hero, the ring has been cursed and he pays the ultimate price in the final opera.

Here’s a little sample of how it looks.


Now, I should warn you that, other than the svelte Rhine Maidens, you will see some rather hefty singers in this clip.  We Ring Nuts expect a bit of bulk on our Wagnerian singers.  By and large, Wagnerian voices do not come in Kate Moss bodies.  Frankly, Wagnerites don’t care what you look like, so long as you deliver the vocal and dramatic goods.   On that, we insist.


So, that said, have a little look and a listen….


Of course, it wasn’t all fun and games in the Rhine last week. 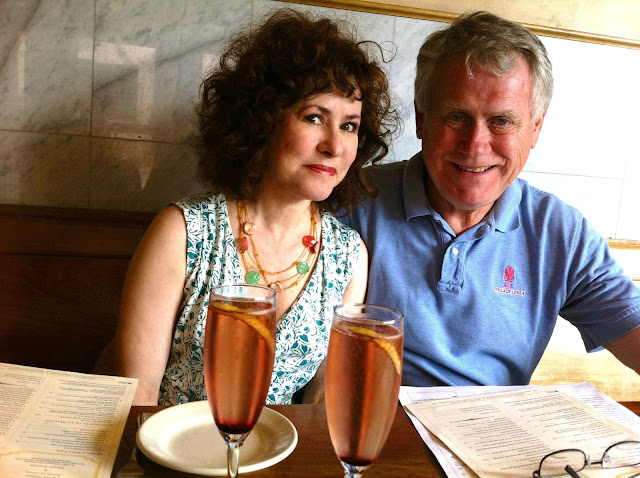 We also had the great joy of spending an afternoon with my dear friend, Véronique (“French Girl in Seattle”).  Here we are having lunch at Véronique’s favorite restaurant in Pike Street Market, Café Campagne.  Notice the two Kirs in front of my husband and me, both of which I drank.  Hmmm! 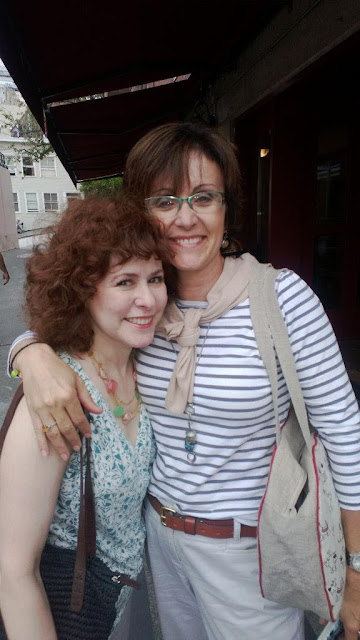 And here we are (Véronique and I) outside the Café looking very happy and rosy indeed following a wonderful lunch and two Kirs each.  I highly recommend having the Duck Confit salad in the company of a gorgeous gasconne in a marinière who knows how to add that all important dash of je ne sais quoi and joie de vivre to any meal!!   Big bisous, ma chère amie.

For Véronique’s take on our delightful afternoon and the joy of friends and friendship, click here.

And, if I’ve managed to whet your appetite even just a little for the “Ring Cycle,” you’ll love Anna Russell’s (1911–2006) hilarious take on it.  The late, dearly missed Anna Russell, was a singer, musician and comedienne par excellence, whose parodies of Wagner and Gilbert & Sullivan became legendary.

Here she explains the first opera of the “Ring Cycle.”  (Note:  The picture quality is fuzzy and grainy, but Russell’s facial expressions come through with Wagnerian clarity.)

Posted by Marie-Thérèse at 4:01 PM