A Wedding on the Beach

In a recent post (“For the Bride Who Has Everything”) I mentioned that the month of June is high-water month for weddings and that I had two on my calendar.
﻿
The first was a wedding on the beach in Cape May, New Jersey, just an hour’s drive from my home.

﻿
The beautiful little town of Cape May sits right at the southern tip of the Cape May Peninsula, where the Delaware Bay meets the Atlantic Ocean.

﻿
Vacationers from Philadelphia began flocking to Cape May in the mid 18th century to escape the oppressive heat of the City, and by the 19th century, Cape May was America’s most popular summer destination.  The country’s oldest seaside resort suffered a devastating fire in 1878, which destroyed the town center and much of the outlying area and homes.

﻿
Following the fire, Cape May’s reconstruction of beautiful “painted lady” homes made it then and now the country’s second largest collection of Victorian homes after San Francisco.


In 1976, Cape May was designated a National Historic Landmark, ensuring its preservation for centuries to come. 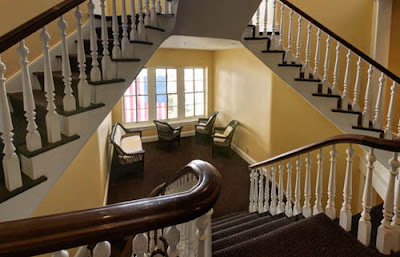 We stayed at the Congress Hall Inn, which is just across the street from the beach, where the wedding was to take place.
The Inn was one of the many hotels destroyed and rebuilt following the famous Cape May fire of 1878.
The public rooms are lovely, but our room was incredibly tiny (Trust me, I’ve been in bigger broom closets!!) and incredibly expensive.

﻿
While I was disappointed by the size of our room and appalled at the price, I was delighted by the dinner we had that evening at the Blue Pig Tavern, the most informal of the Inn’s several restaurants.


The Congress Hall Inn maintains its own working farm less than two miles away.   Farm fresh eggs, herbs and produce from Beach Plum Farm are used in all their dishes.  I could have been totally content with my luscious farm salad, which was so simple and fresh, were it not for the main course, salmon with a light dusting of crisp, marinated cucumbers, which really took center stage.


A medley of fresh fruit for dessert was the perfect way to end a light summer dinner.  Absolutely delicious!


I was beginning not to mind being overcharged.  Well…..almost.

A torrential storm began in the middle of the night and was still raging when we awoke the next morning, the day of the wedding.

At 3:00, the rain was still coming down in dark, grey sheets.  A torrential storm began in the middle of the night and was still raging when we awoke the next morning, the day of the wedding.


…Perfect weather for a mermaid bride; not so perfect for a bride sans fins and a tail. 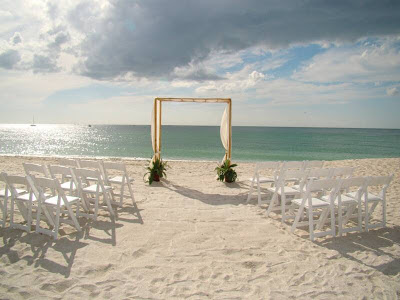 Suddenly, at 3:30, the rain stopped, the skies grew calm and took on that beautiful afterglow like two people who’d just had a noisy lovers’ quarrel and just realized how much they still loved each other.


What a lovely day for a wedding, I thought.

And what a lovely ensemble I had put together for the occasion.

As we waited for the bride to arrive (She was exactly 56 minutes late; I know precisely, because my husband kept checking his watch), a song kept running through my head -- a silly, little love song from the late 1950s that winds its way through the Jersey Shore towns and ends up in romantic Cape May.  For those of us who grew up in the Philadelphia area and spent long, lazy summer weekends at the Jersey Shore, it became our summer anthem.  If you grew up there, you probably know all the words; and after a couple of Cape May’s specialty cocktails, like the Mariner, you’re ready to lead the old gang in a rousing rendition of “On the Way to Cape May."

But, let’s leave it to an expert to do it right. 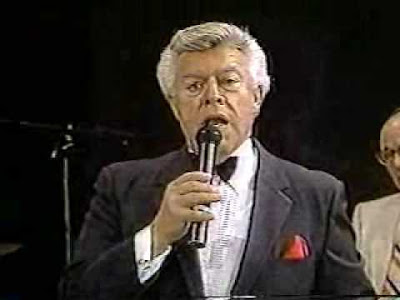 ﻿
In a world filled with so many things that aren't there anymore, it's comforting to know that young couples are still falling in love on the way to Cape May.

Posted by Marie-Thérèse at 6:46 PM