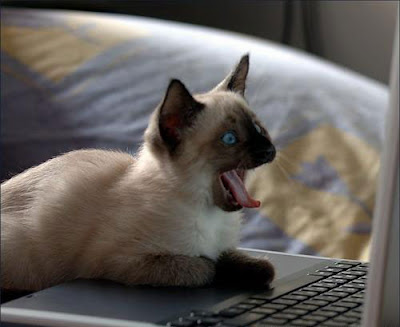 And so, another chapter in the ongoing battle between man and machine has come to a close.
Yes, dear Readers, I have been dealing with some rather hairy computer issues over the last two weeks.
I emerge bloodied but unbowed and ready to Blog anew. 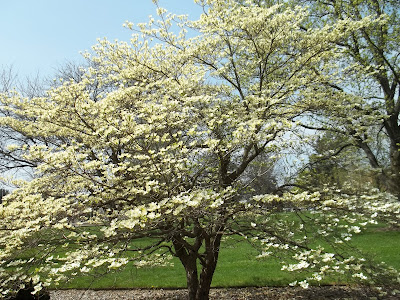 While I was away, spring made her appearance.  First, my white dogwood burst into life. 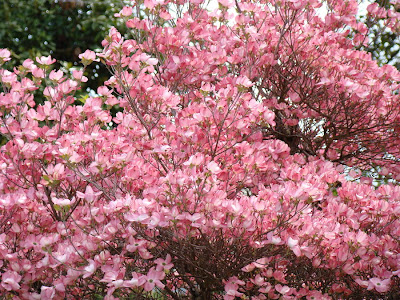 And, not to be outdone, my neighbor’s pink dogwood decided to strut her stuff the following day. 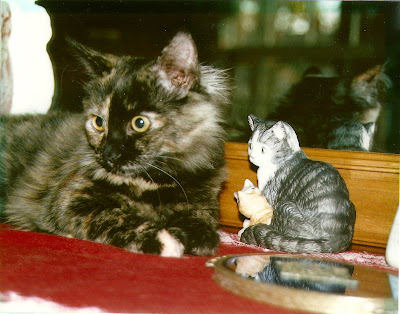 As if there were any doubt that spring was upon us, last Saturday marked the end of the Metropolitan Opera season for me.
The final opera on my subscription series was Giulio Cesare by Handel, a beautiful farewell to what has been a fascinating season.
It was a year of hits, mega-hits and a few notable misses.  I wouldn’t have missed it for the world.
I’m already looking forward to next year. 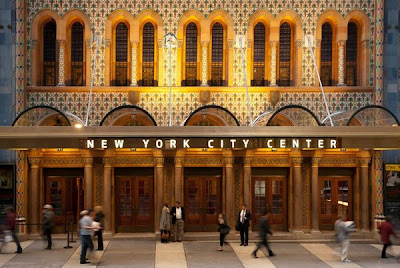 The end of opera season always leaves me feeling a bit nostalgic.
We had dinner the night before the performance at one of our favorite restaurants, Abboccato, on 55th street, right across from the City Center.
The City Center, with its magnificent Moorish façade, is a New York landmark.


But for me, the City Center will always be the original home of the New York CityOpera.
Dubbed “the people’s opera” by Mayor Fiorello La Guardia, New York’s newest opera company opened its doors in 1943.
Its goal was to find and nurture the best young singers from here and abroad and give them the opportunity to go from good to great.
And for years, they gave the Met a real run for their money.
We have the New York City Opera to thank for helping to hone the skills of some of the world’s greatest singing artists. 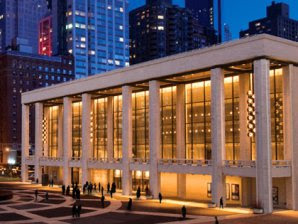 In 1965, the New York City Opera Company moved to the New York State Theater (now the David H. Koch Theater) right next to the Metropolitan Opera Theater at Lincoln Center.
Thus began a friendly/not-so-friendly rivalry.
Sadly, due to financial difficulties, City Opera left Lincoln Center in 2011 and has been more or less an itinerant opera company ever since.
Rumor has it, however, that they may soon be coming home.
Can it be that the New York City Opera will once again call City Center their home?  Stay tuned.
So, who were some of these great singing artists who honed their skills at the New York City Opera?
Beverly Sills (née Belle Silverman), the magnificent, all-American beauty, both vocally and personally, was a huge star at the New York City Opera and a regular guest on TV shows long before she ever set foot on the Met’s stage.
Sills was a national treasure, who worked tirelessly for the arts and young artists long after she stopped performing.  Her death in 2007 was a huge loss to the opera world.
One afternoon many years ago, my brother, then a young voice student at the Curtis Institute, saw Ms. Sills standing under a poster of herself in the seductive role of Cleopatra outside the Academy of Music in Philadelphia.  Somehow, he found the courage to approach her and said, “You know, Miss Sills, that picture doesn’t begin to do you justice.”  Clever boy!

She gave him the most dazzling smile, and when she discovered he was a singer, too, she took the time to give him some valuable advice and some great tips on technique, which he never forgot.

And did you know that two of the “Three Tenors” got their start at the New York City Opera? 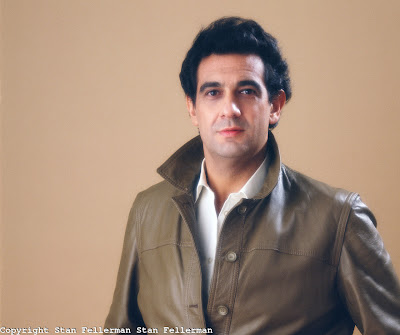 Do you recognize this handsome young man?
Spanish tenor Plácido Domingo (né José Plácido Domingo Embil) made his New York debut at the New York City Opera in 1965 as B.F. Pinkerton in “Madama Butterfly.”
It didn’t take him long to move next door to the Met.  Three years later he jumped in for an ailing Franco Correlli and the rest, as they say, is operatic history.
Domingo is still singing at the Met and, by the way, is still just as handsome.


﻿
And how about this gorgeous young man?  Recognize him?
Spanish tenor José Carreras (né Josep Maria Carreras i Coll in Catalán) had feminine hearts aflutter when he made his American debut at City Opera in the same role of B.F. Pinkerton in 1972.
Only two years later, he made his Met debut in the role of Cavaradossi, the painter/political activist, who woos and wins the beautiful soprano in Tosca.  I had the privilege of being in the audience.
I’ll never forget it.  He was pure electricity.

Here he sings Cavaradossi’s final aria moments before his execution.  After asking his jailer if he may write a farewell letter to the woman he loves, he stands alone on stage and sings of his love for life and for the woman he will leave behind.  You can almost see him take her in his arms and make love to her one last time in this beautiful, bitter-sweet aria.


So, once again, it’s time to say farewell to the Metropolitan Opera, to the Venetian crystal chandeliers, the great gold curtain and to my red velvet chair.
Farewell, my Lovely………………until September.

Posted by Marie-Thérèse at 1:10 PM