For the Bride Who Has Everything 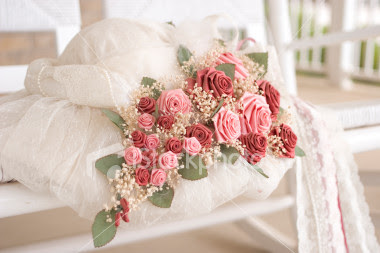 Temperatures have been rather unpredictable this month on the east coast, but what is entirely predictable is that the month of May will be followed by the month of June, and June is high-water month for weddings in the US.


I have two on my June calendar.


In my lifetime, the American wedding has changed almost beyond recognition.  When I was a child, weddings were considered a grown-up affair and children were not invited.  Then, when I was old enough to attend, the wedding ceremony (usually in a church) was open to the public, but the reception was an intimate affair reserved for family and a few close friends.


The bride and groom usually began their lives together in a tiny apartment furnished with hand-me-down bits and pieces they were thrilled to get.  As the young couple moved up the financial ladder, they, in turn, passed their hand-me-down pieces along to family and friends; and so it went.

Today, weddings and receptions are lavish affairs to which the immediate world is invited.  Often, many of the guests are friends or business associates of the parents and may never even have met either the bride or the groom. 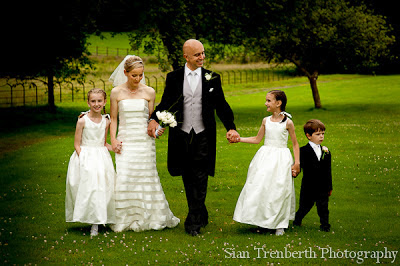 In some cases, the bride and groom may already have started their family… 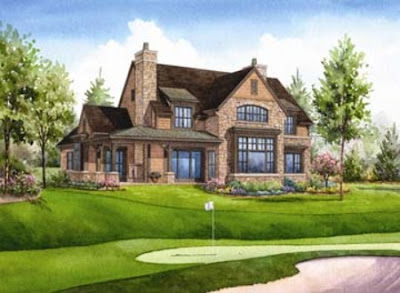 and be living in their dream house.  Clearly, a cappuccino maker as a wedding gift won’t do the trick.  They probably each had one when they moved in together, kept the most expensive one and donated the other to a cappuccino-deprived relative.
So, what do you get the bride who has everything?  Nothing?  Sorry, not an option.


﻿ This is where the wedding registry comes in handy.  But, does she really want that antique Russian silver samovar from Christie’s that costs more than your first house?  How often do you think THAT will get used?


Don’t get me wrong; I do use the wedding registry when appropriate, but I think there is something delightful to be said for that element of surprise…the unexpected gift that wasn’t on the “official” list.

What about hiring a live-event artist to immortalize their special day on canvas?  It’s a brilliant idea for a gift that will truly bring joy to bride and groom for years to come, long after the tarnished silver samovar lies forgotten in the attic. 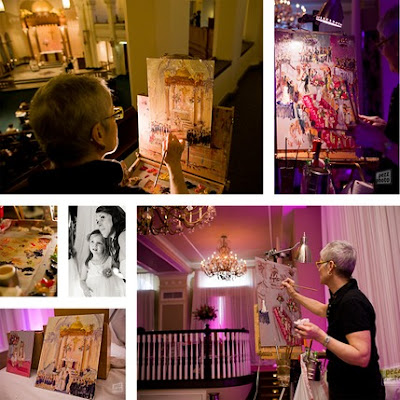 Philadephia painter, Joan Zylkin, is just such a live-event artist.
Following an international career in Civil Service, Journalism and Fashion, this Renaissance woman from Great Britain, found her true calling as an artist after enrolling at the Pennsylvania Academy of the Fine Arts in Philadelphia.

﻿
When not painting portraits and still lifes in her center city studio, Joan can be found somewhere in the US working her magic at weddings, bar/bat mitzvahs, fund raisers and every sort of venue that celebrates the special moments of life.

﻿
Joan arrives several hours before the event, sets up her easel, arranges her pots of paint and with quick, masterful strokes, she captures the excitement, the colors and the ambiance of the event as seen through the eye of a gifted artist.
Her work has been featured in “The New York Times.”
Here’s a time-lapse video of Joan at work.


For more information on this exceptional artist, go to her website or contact her directly at joan@theeventpainter.com.


For a list of live-event artists across the country, go to “The Affluent Bride.”


Now, aren’t you glad you decided against that silver samovar?

Posted by Marie-Thérèse at 3:52 PM