Conversation with Carrie - Why Is This So Hard?

Carrie (not her real name) arrives right on time for her appointment. She is a bright and pretty 30-something who has just been promoted to a prestigious position in her Company and my job is essentially to help her update, upgrade and polish her professional image.

As I spend some time getting to know her I quickly learn that while her career is on the fast track to success, somewhere along the line Carrie’s personal life has run off the rails. In and out of relationships since college, she has just ended an engagement with a man who, by her own admission, she should never have considered marrying in the first place.

“Isn’t there anything out there,” she asks, “between the beer-swilling gamer who lives in his parents’ basement and the moody metrosexual who uses up my La Mer cream? Is that my only choice? Why is this so hard?” Why, indeed!

Most of the women I work with come to me during a period of transition in their professional or personal lives. Sometimes these transitions are exciting and wonderful and sometimes they are difficult and anxiety producing, so I often function as Mother Confessor as well as Image and Style Coach; I always keep a box of tissues handy. Increasingly I am seeing clients like Carrie, young women who are all wondering the same things…………………..

Why is this so hard?

The lessons learned while growing up in a neighborhood of rough and tumble little boys would come in handy when those once rough and tumble little boys began ringing my doorbell not to come out and play but to take me out to dinner. We knew what the rules were in those days, which doesn’t mean we didn’t break them. Still, the rules were there if we needed them. “I’m just not that kind of girl!” could be used when appropriate and most men respected it. Sounds laughably old-fashioned now to modern ears, even to mine; however, along with those outdated rules were the clearly defined male/female roles that went with them. The rules are gone; and the roles are gone.

While the rewards have been numerous, the price paid appears to be confusion. Today, young men and women don’t seem to know how to relate to each other; nor do they seem to have a clear idea of what it is they really want from each other. 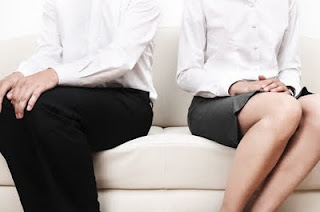 A wise man once said that a woman marries a man hoping he’ll change, and a man marries a woman hoping she won’t. As the prison warden says to Paul Newman in Cool Hand Luke, “What we’ve got here is a failure to communicate.”

Or is it a failure of expectations?

Working with Carrie is a delight, and as we are going over my list of wardrobe basics, the must-have items that should be in every well-dressed woman’s closet, she suddenly laughs and says, “Do you also have a list of basics for Mr. Right?”

The amount of literature and internet sites devoted exclusively to helping men and women find each other, understand each other and live happily ever after is staggering.

Just this month, Madame Figaro interviewed a handful of 40-something Frenchmen for their take on Ce que Veulent les Hommes (What do Men Want). Their responses were interesting but hardly groundbreaking. Men have pretty much always wanted the same thing from women. If they get it, they’re happy, if they don’t, they’re not……nothing new here…….and that only confirms my admittedly unscientific theory based entirely on my own observations – women have declared the old rules null and void and are not sure whether or not to replace them and, if so, with what? As a result, both men and women are wandering around in a state of confusion.

In traditional western societies men were the makers of law, while women were the guardians of the culture. As such guardians, men took their cues from the women in their lives when it came to social interactions.

Maybe it’s time for young women to figure out exactly what it is they really want from men. Sit down and make a list of the things that are really important to you in a man. There isn’t a woman alive, myself included, who can resist the desire to make a few improvements here and there to a potential mate. Just keep this in mind…..it’s easier to fix clothing flaws than it is to fix character flaws. 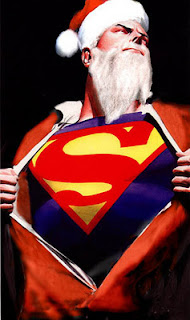 The holidays will be here before you know it.

Along with your gift list, maybe you should make an even more important list and check it twice!

Santa might just have something extra special in his sleigh for you this Christmas.
Posted by Marie-Thérèse at 3:32 PM